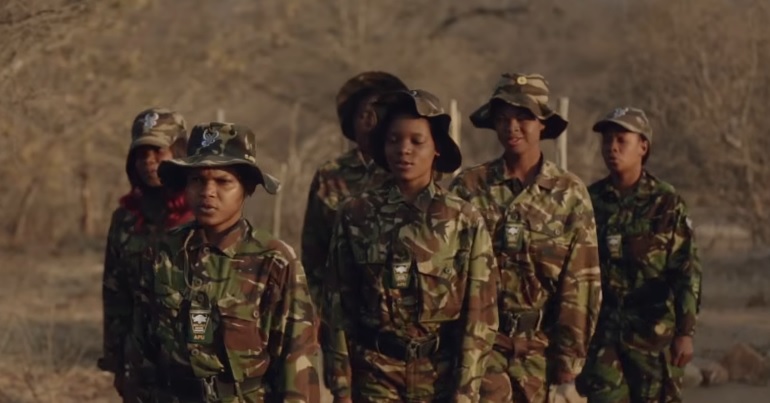 It was World Ranger Day on 31 July. A day where we celebrated the vital work of wildlife rangers around the globe. Their tireless work to protect our planet’s species is indispensable. Globally, we’re facing a biodiversity crisis of epic proportions. Imagine how much worse that crisis would be if rangers didn’t put their lives on the line to protect the wildlife that remains?

As a global community, however, we can – and should – do a lot more than celebrating rangers’ efforts once a year. In fact, there are a couple of clear changes we can make to facilitate their crucial work.

On World Ranger Day, numerous organisations posted messages of thanks to those who work to protect natural spaces, and the lives that inhabit them:

On #WorldRangerDay we thank all the brave men and women who risk their lives every day to protect the world's wildlife for the next generation. Thank you for everything you do 🙏 @kwskenya pic.twitter.com/kHplwM0jsc

#MeetTheMambas "When I saw a dead rhino on the news I told myself that enough is enough. I am going to fight for the innocent lives which are taken by cruel & greedy individuals because rhino deserve to live just like any other animal." pic.twitter.com/4sWIiTxIc0

It's World Ranger Day!⠀
⁣⠀
Compared to rangers in other parts of the world, ours have it relatively easy. @ThinGreenLine_ supports rangers killed or injured in the line of duty. Today, we stand with them. #WorldRangerDay #ThinGreenLine pic.twitter.com/dIHV8Elxbl

The Thin Green Line Foundation also posted a sobering tribute to all the rangers who died in 2020. It said 137 rangers have lost their lives on “the frontline of conservation” this year:

Virunga National Park in the Democratic Republic of Congo (DRC) suffered a particularly high death toll in April. In a single incident, armed rebel groups reportedly killed 17 people. 12 of them were rangers. At the time, Mongabay reported that, since 2006, over 150 rangers have been killed in the park.

Virunga is home to mountain gorillas, elephants, hippos and much, much more. It was the subject of an acclaimed 2014 documentary and the scene of the viral 2019 picture of mountain gorillas ‘posing’ with rangers, which again gained traction on World Ranger Day:

Sharing again, selfie of the century, a ranger and friends at Virunga National Park in DR Congo. On #WorldRangerDay pic.twitter.com/Kp3BCkCHCS

Alongside the ever-present threat to their lives in many parts of the world, rangers have faced a particularly severe threat to their livelihoods in 2020. Funding for their work often comes from tourism, which the coronavirus (Covid-19) has dramatically reduced this year. In turn, this has affected rangers’ employment and their ability to protect wildlife.

It’s widely believed that the wildlife trade is behind the coronavirus pandemic. The disease likely has its origins in a wildlife market in China. So one clear way to assist the rangers is to eliminate the wildlife trade. That will lower the risk of future pandemics, and the threat they pose to rangers’ livelihoods and lives. Zoonotic diseases like coronavirus – diseases that can transfer between humans and other animals – also pose a direct menace to the health of all great apes (including humans, of course) and other species.

Ending such trade will also, critically, deincentivise poaching. Poaching is a major contributing factor in the biodiversity crisis and, clearly, in the threat to life that rangers face on a daily basis. But, aside from those who poach for food, or because the targeted animals pose a threat, many people poach to feed the wildlife trade. The legal trade in wildlife is reportedly worth around $300bn annually, with the illegal trade worth an estimated $7bn to $23bn a year. Eliminating the wildlife trade will, of course, mean there’s less point in killing wild animals in the first place.

Not simple, but necessary

Ending the wildlife trade will not be a simple process. It will require nations to bring in stringent laws and controls. International bodies, such as the Convention on International Trade in Endangered Species of Wild Fauna and Flora’s (CITES), will have to transform themselves to remain relevant. Alternative livelihoods for people who currently depend on the wildlife trade need to be forthcoming. But ending the trade isn’t impossible, and doing so will bring positive change on numerous levels.

The world’s wildlife is in serious decline, and the poaching and trafficking of wild animals is a huge part of the problem. Rangers put their lives on the line every day as the first line of defence against poachers. Their job is made so much harder through insufficient funding for wildlife protection, and legislation which is all too often weak, convoluted, and poorly implemented. The loss of tourism income as a result of the Covid-19 pandemic has resulted in additional pressures on an already underfunded wildlife protection system.

Born Free firmly believes the commercial trade in wild animals must be curbed, and that wildlife markets, particularly those dealing in live animals, must close, alongside concerted efforts to reduce public demand for wildlife products. In addition, we are calling for an international agreement on tackling wildlife crime, and for biodiversity protection to be prioritised across all sectors and government departments, to reform and realign the way it is financed by embedding finance and investment mechanisms to deliver sustainable, healthy, enduring ecosystems and biodiversity for the long term.

Transitioning for the future

Keeping rangers mostly dependent on tourism revenues for income is not viable amid the climate crisis, however. Because tourism is a major contributor to that crisis. Tourism can, of course, be more ecologically sound, commonly referred to as eco-tourism. But to make rangers’ work truly sustainable and secure, alternative funding needs to be put in place.

Some initiatives already exist to provide alternative funding for communities and nature. Ugandan organisation Conservation Through Public Health (CTPH), for example, launched Gorilla Conservation Coffee in 2015. As Mongabay reported, in this initiative:

Farmers are paid above-market prices for coffee to reduce their dependency on the park for food and firewood, and a donation from each bag sold goes toward CTPH’s projects in community health and gorilla welfare.

But global efforts and funding are necessary. Director of capital markets at Planet Tracker Gabriel Thoumi and John Waugh, a senior consultant in international development, recently argued that we need “a green life support program now”. They wrote:

In light of COVID-19, investors, lenders, companies, governments, multilateral finance institutions and civil society must now enact a green life support program to conserve the natural capital that our lives depend on.

They suggested numerous ways in which those parties could assist in helping communities preserve the “natural capital” we depend on. Again, constructing an economic system whereby the preservation of nature – rather than its destruction – is rewarded isn’t an easy task. But it’s an entirely necessary one. Not only for the wildlife protectors everyone celebrated on World Ranger Day, but for all of Earth’s inhabitants and, indeed, the planet itself.