Priti Patel might be a bully, but she's also so much worse than that - Canary 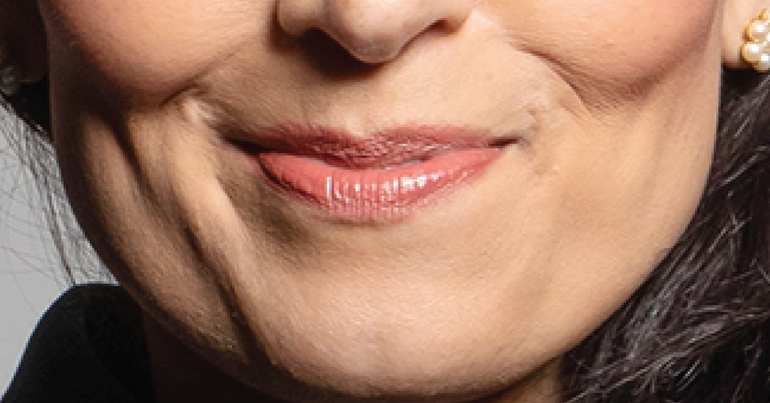 If the allegations are to be believed, then Priti Patel – “intentionally” or not – is a bully. And that’s terrible – it truly is – but given everything we know about her, should we be surprised?

I’d say not. I’d also argue that bullying civil servants is at the lesser end of her faults. The only surprising thing is that people in the media expected her to lose her job given the behaviour that put her there in the first place.

The life and should-be-crimes of Priti Patel

Gal-dem put together a handy guide to Patel’s greatest misdeeds/atrocities. Before her career in politics, Patel worked as a spin doctor on behalf of British American Tobacco (BAT). If you’re unfamiliar with tobacco, it’s a plant that, when smoked, causes:

Her lax attitude towards dubious foreign powers continued in office. Most notably, Theresa May had to fire her as international development secretary in 2017 because Patel was conducting secret meetings with Israeli ministers and business people. Given her record as development secretary, we can assume she wasn’t there solely to regale them with stories of how she spun the enrichment of a military dictatorship. Speaking on her time in the role, gal-dem wrote:

A collection of other positions she’s held in office include:

Recently, Patel has made waves as the home secretary, although thankfully not literally. The Bond-villain-esque proposals she’s considered include:

While she avoided turning the English Channel into a vast murderscape that combined the worst elements of Waterworld and The Purge, the policies and rhetoric she’s enacted haven’t been much better. Largely they’ve revolved around failing to learn the lessons of Windrush. They’ve also seen her waging war on the “lefty lawyers” who had the nerve to expect her to obey the law.

The shock. The horror.

Make no mistake – the alleged bullying that Patel is accused of should have seen her fired. In any ordinary government it would have done, but this is no ordinary government. Patel isn’t in her position despite being a bully; she’s there because of it. When you employ a person to be Darth Vader, you don’t fire them because they were rude to the rebels.

This isn’t to say we shouldn’t hammer the government for Johnson’s decision. It is to say that media types who ignore all of the above shouldn’t be surprised when Johnson ignores a code of conduct.

The outcome here is very, very messy and it's unlikely that the opposition will let things rest here – the ministerial code, signed by the PM clearly says there must be no bullying

Oh shit – did it ‘clearly say there must be no bullying’? It’s almost like these parasites have the same level of disdain for procedure as they do the human beings they want to wave to death in the English Channel.

If you’re thinking, “well at least it will wake these people up”, it won’t. All it means is that the next time a minister makes a civil servant cry, Robert Peston will say something like:

Ah, so although this sounds dubious, there is actually precedent for ministers behaving like a cross between Cruella de Vil and Joe Exotic.

A month from now, the media will be back to normalising whatever nonsense Patel is up to. When that happens, remind yourself and everyone around you that Patel may be a bully, but like another infamous spin doctor, she’s also “so much worse than that”.