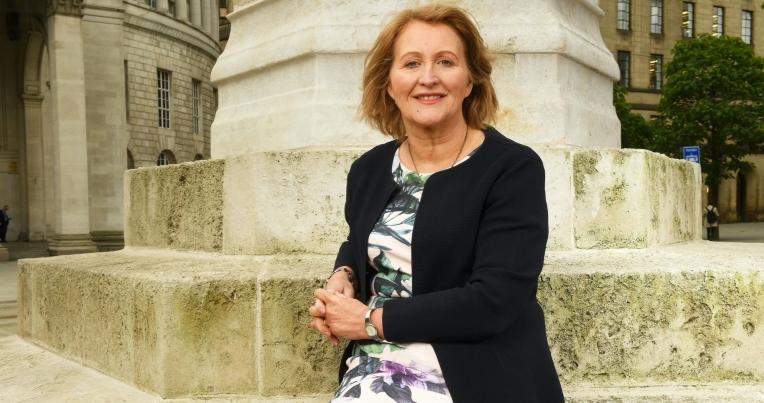 The state can be so negligent to children in the care system that it would risk its children being taken away if it were an actual parent, the children’s commissioner is set to warn. Anne Longfield will say that the system of children’s social care is failing thousands of young people and will fail more without urgent reform and funding.

Unless emergency funding is granted in Wednesday’s spending review, family services will be in “deep trouble”, she will warn.

In a speech setting out her vision for the future of children’s social care, she will say that while many children are protected, others are falling through the gaps and into the clutches of criminals, or leaving school without qualifications.

The truth is while the state can be a great parent – it can also be a really bad one. In fact, sometimes so negligent that it would risk having its children taken into care if it was an actual parent.

Longfield will say the care system is “unsustainable and insufficient”, and next year will be a crunch point, as councils’ finances suffer from the fall-out of coronavirus.

A Department for Education spokesperson said:

We want every child in care to grow up in safety to be healthy, thriving adults. The Education Secretary has been clear that no child should be denied the opportunity for a loving, stable family life, or be ‘bounced around’ the care system in accommodation that does not meet their needs.

We are supporting councils to meet the increasing challenges they face as a result of the pandemic and we are placing social workers into school to help teachers notice the signs of abuse of neglect more quickly.

But we are also addressing underperformance where it exists, and our bold, broad and independently-led care review will support improvements to children’s social care.

Children’s social care will need an additional £3bn to £4bn per year over the next four years “to stand still”, she believes.

It is a system that has not kept up with the changing cohort of children entering it, and which is rapidly running out of money. And without urgent reform, and better funding, it will fail more children.

An independent review of children’s social care is expected to be announced soon by the government. Longfield said this is a “golden opportunity” for the government to improve the experiences and outcomes of vulnerable children in the care system.

Lives to be lived

It should recommend services adopt a proactive safeguarding approach and should also consider a national care system which would allow certain issues to be tackled nationally. Longfield said she is always struck by the resilience and positivity of children in care, despite them having to deal with “unbelievable bureaucracy” to enjoy activities like sleepovers and school trips.

She said some children are treated like “a risk to be managed, not a life to be lived”.

No child should ever been seen as too complicated to help, or someone that nobody knows what to do with. People in the system have said this to me and I’m not prepared to accept it.

Let’s build a system where those experiences are standard. A system which recognises each family’s unique situation and responds to the need of every child, wherever they are in the country, with the same standards of protection and support.

A recent report noted that even as the child care system in the UK is failing, the private companies which manage it are often making huge profits. Longfield said at the time:

The growing reliance on private providers, some of whom are making millions, is another symptom of a system failing to prioritise the needs of children. Both the Government and councils have failed in their responsibilities by leaving it to the market.