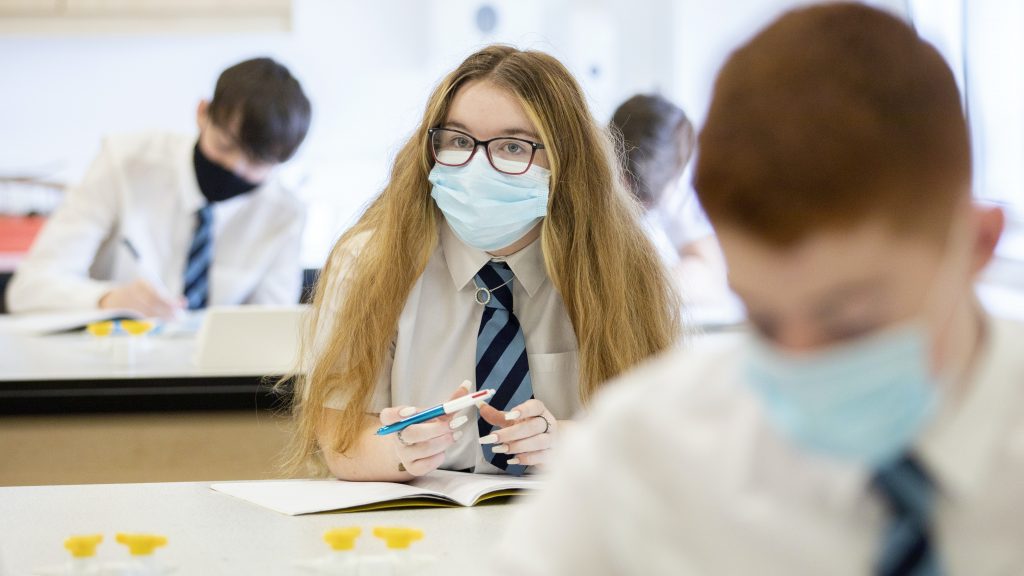 The majority of school staff have experienced coronavirus (Covid-19) outbreaks in their school since the start of the pandemic, a survey suggests.

School support staff said they felt “anxious” and “scared for their life” while working in schools, according to a report by the GMB union.

The survey of more than 7,100 support staff found that more than two in three (68%) said testing is not available in school for pupils and staff with coronavirus symptoms.

Nearly three in five (58%) school staff in England reported that outbreaks have taken place in their school.

The poll of teaching assistants, administrators, catering workers and other school support staff earlier this month found that a fifth still do not have access to personal protective equipment.

Schools, colleges and nurseries in England have remained open under the second lockdown this month.

One respondent of the survey said: “I am high risk with diabetes and high blood pressure and I feel worried sick to be in a room with 30 children and three other adults.”

Another said: “I’m scared for my life at work.”

The findings have been published after the government’s Covid-19 Winter Plan told nurseries, schools and colleges not to change their Christmas holidays or close early this term.

The guidance comes after an academy trust announced plans to close its schools early ahead of the Christmas holidays to safeguard staff and families.

Focus Trust, which runs 15 schools in the North West of England and West Yorkshire, said it has reversed its plan to extend the Christmas break by an extra week following government intervention.

A statement from Focus Trust said: “While the plan to commence the holiday early had been made ‘in the best interest of families and staff’, and the time would be made up later in the year with schools offering 190 days of education, the trust received a ‘formal letter’ directing them to overturn the decision by the DfE (Department for Education).”

It added that a further request for two inset days at the end of term was also rejected.

In a joint statement, the chairman of the trust board, Clive Davies, and the trust’s chief executive, Helen Rowland, said: “Although we are very disappointed at having to inform our staff and families of a change to our plans, we accept the DfE’s position and have reverted to the original term days.

“We welcome the Government’s commitment to the rollout of increased and faster testing, and we hope that schools will be amongst the first to benefit from this development.”

On the survey of school staff, GMB national officer Karen Leonard said: “Our members in schools are scared. Covid outbreaks are rife and the safety of school staff appears to come second to political point-scoring by ministers.

“We all agree it’s vitally important not to disrupt children’s education – but we shouldn’t have to put the people who work in schools’ lives at risk to do so.

“The Government’s Winter Plan has scant detail on the testing schools urgently need. We urge the Department for Education to sit down with unions to come up with a constructive solution.”