A new vision shows how we can support each other, rebuild the economy and save the planet - Canary Workers’ Co-op 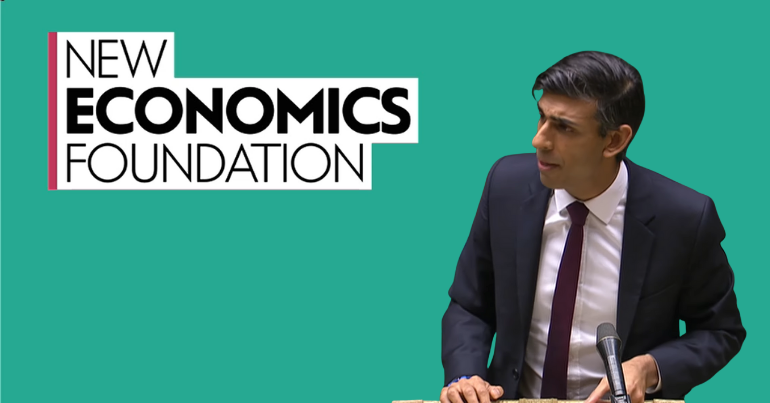 A research group is calling on the government to implement new policies to rebuild the economy after coronavirus (Covid-19).

The New Economics Foundation has unveiled a set of recommendations aimed at saving jobs and incomes. It intends for the policies to counteract unemployment while investing in a greener future.

There are three main demands. Firstly, the foundation suggested guaranteeing a living income of £227 a week. It further recommended guaranteeing furlough for as long as social distancing is in place and investing to create low-carbon jobs.

Despite the extension of furlough, too many of us are falling through the cracks. Ten years of austerity and stagnant wages, followed by ten weeks of lockdown, have pushed millions of families to the edge even before a second wave of the pandemic.

Ensuring everyone has enough to live on

The foundation proposed that people should be able to apply for at least £227 a week living income that isn’t means-tested. This suggestion included the minimum income guarantee automatically topping up benefit payments.

During coronavirus, Universal Credit claimants have increased from 2.7m in March to 4.6m in August.

Several charities have called for the £20 uplift in Universal Credit not to be cut, with campaigners saying families would be cut “adrift” without it.

According to HMRC, 9.6m jobs have been furloughed since the beginning of the scheme in April 2020.

The government intended the Job Support Scheme to replace the furlough scheme, but decided to extend the latter just before it was due to end in November.

According to ONS data collected from 19 October to 1 November, employers expected to make 7.3% of their workforce redundant over the subsequent three months.

After analysing occupations, the foundation estimated over one million jobs could be created by investing heavily in green and social infrastructure. It proposed providing free training for these jobs for anyone receiving income support.

As outlined in the plan for a green industrial revolution, the government has pledged to invest £12bn to support and create 250,000 green jobs. But The New Economics Foundation argued green infrastructure requires a larger investment.

The chair and founder of the University of Cambridge’s Centre for Climate Repair David King told Euro News he welcomed the government’s climate plan. However, he went on to say:

But it is nowhere near enough to manage the British Government commitment to net zero emissions by 2050 or to provide a safe future. As we emerge from the COVID-19 pandemic and its impact on our economy, there needs to be an understanding that this is the opportunity to grow our economy in a direction that is fit-for-purpose in this century.

Coronavirus has had an economic impact across the globe. Many are now facing choices concerning how they build back.

In June, Germany announced a €130bn package for economic recovery. The package included €50bn to fight climate change, alongside a cut in VAT, and a payment for every German child.

Similarly, France will allocate €30bn for green investment as part of its €100bn plan to support job creation and employee upskilling.

Now is the time for us to get this right: to look out for each other, to strengthen the systems that support us all when times are tough, and to design a better future.