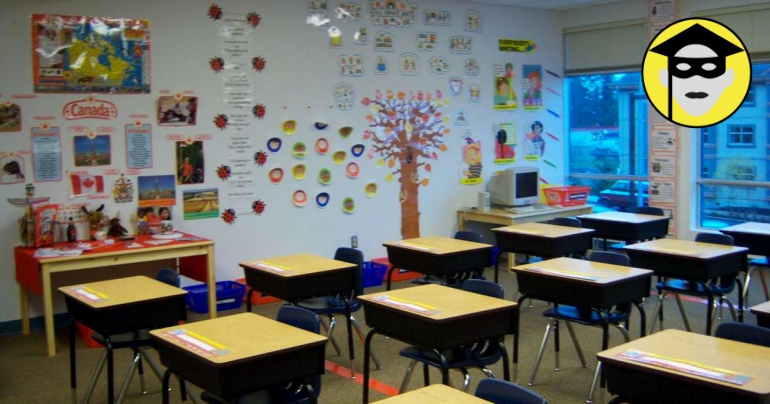 Teaching in inner London is exhausting at the best of times, and these times are anything but the best of anything.

The week before the festive break, my primary school was informed that we were to stay open, no matter what. Planning was undertaken and arrangements made for thirty children to arrive back in each classroom come January 4th. Having already been threatened with legal action by our beloved education minister if we failed to open, it was a no-brainer that we’d have to have our classrooms ready for physical sessions. All this despite the fact that our borough had one of the highest infection rates in the country.

However, as the break went on and a new tier was introduced, the Department for Education (DfE) could dilly dally no longer. It took Sadiq Khan to relay the news that we’d be ‘closed’ and that learning would move online. That was on New Year’s Day. Now, against the advice of the NEU, teachers were to spend their first Monday (4th) in school re-planning to make the sessions online friendly.

Just a few issues: fifty children in our school have no access to a computer of any sort. Scores of others share one device between working parents and several siblings. Seeing as many have brothers and sisters who are working in GCSE/A Level year groups, primary kids are being shunted down the pecking order. Therefore, home learning often does not happen. Many parents are having to use mobile phones to access learning and with a minuscule budget, the school website cannot take the strain of hundreds of parents logging on at 9am, leading to regular crashing at both teacher and pupil ends.

The government’s solution? If you don’t have a computer or are having issues, then send your kids to school. On 11 January, the school office was inundated with calls for the laptops that Boris had promised. Except, our school had been asking the council for fifty odd laptops for months (as the DfE promised) only to be told by our council that we could only have twenty. With classroom numbers already at Covid insecure levels, the computer promise was a must. Yet ten months after we started online learning, children and parents are still being left with no access.

The truth is that schools are not closed. They are far busier than during the first lockdown, in spite of the alarming rises in cases and deaths. Before Xmas, there were a number of children in my class and their siblings who tested positive. It seems the norm now to have a positive cluster in every year.

My school of around 550 had attendance of around 20 children during lockdown one. Now, schools are being asked to actively encourage children to come to school. A mad idea when we are supposed to limiting contact of numbers around school. Most classrooms now have double-digit attendance, meaning nearly 100 children are in school and at least half that number of staff are also on the premises.

Opening for the children of ‘key workers’ and those under the category of ‘vulnerable’ is undoubtedly an admirable idea but one which has such a wide scope that most classrooms are unsafe. In what way is this a school closure?

The numbers in lessons are now around that of a fee paying public school, outside of Covid restrictions. A luxury it seems. However, the luxury of no longer having 30+ children in a class is offset by the fact that online learning also has to take place which involves double the planning and a constant trail of emails to answer from confused parents and children.

Teachers are desperate to have classes back to normal with full classrooms once more. It’s far less stressful and labour intensive than this current hodge podge. However, only when it’s safe. We’ve had several deaths in childrens’ families and some very ill teachers who have made loved ones similarly sick. Until this government can sort out a decent testing system and teachers can be vaccinated, schools should be no go areas. Therefore, it is now the responsibility of this government to ensure that all children, regardless of background, have access to the technology and tools they need to learn away from the classroom.