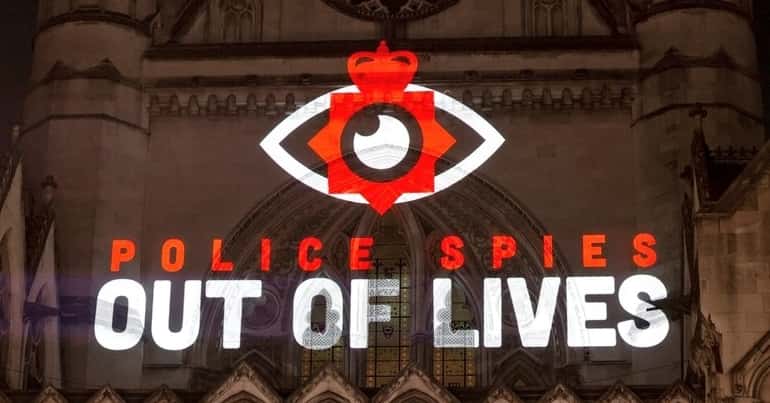 While most of the public are still distracted by coronavirus (Covid-19) headlines, the disgraceful Covert Human Intelligence Sources (CHIS) Bill, also known as the spycops bill, is quietly being debated in the House of Lords. Most of the proposed amendments – which would have made this bill ever so slightly less dangerous – have been rejected so far.

The spycops bill authorises covert agents, such as police officers, MI5 agents, or military personnel, to legally carry out what would usually be considered criminal conduct.

Why is the bill so dangerous?

There’s no limit to what counts as criminal conduct in the bill, so there will be no law prohibiting undercover operatives from carrying out murder, torture, or sexual offences.

Rosa was deceived into a nine-year relationship with undercover police officer Jim Boyling and had two children with him. She told The Canary:

I am struck watching the courteous proceedings of this Bill which legislates for rape, murder and torture of its own citizens.

Meanwhile, an excruciatingly slow Undercover Policing Inquiry is currently underway, to examine the actions of the police units that employed over 140 police spies.

Lisa, who was deceived into a six-year relationship with undercover officer Mark Kennedy, is one of the participants. She told The Canary:

It is reckless in the extreme to be pushing through a bill before the undercover policing inquiry has concluded. They want to extend the scope of what’s allowed as undercover work without considering any of the consequences of how they have conducted themselves up until now.

Tom Fowler is another participant in the inquiry. He said:

It’s so ridiculously obscene, that just describing it in plain terms sounds like reckless hyperbole. That something as extreme as giving state agents total legal immunity without caveat has received very little resistance speaks to the direction of what remains of the UK ‘democracy’.

Back in October, Labour leader Keir Starmer ordered his MPs to abstain on the third reading of the bill. But 34 Labour politicians broke the party whip, voting against the bill in the House of Commons.

Starmer argued his support for the bill:

So this argument that you could sign off torture, murder and rape is just wrong.

There is no express prohibition on authorising crimes that would constitute human rights violations, including murder, torture (e.g. punishment shootings), kidnap, or sexual offences, or on conduct that would interfere with the course of justice;

So, has the House of Lords changed the proposed bill much?

Perhaps unsurprisingly, most proposed amendments to the bill were defeated in the House of Lords. One proposed amendment, which would require a judge to approve authorisations to commit crimes under CHIS, was even voted against:

While some have tried to find ways to amend the bill, Netpol opposes it outright. It is dangerous and authoritarian and tinkering with it at the margins will never make it any less harmful. That is what has made the main opposition party’s refusal to oppose it, so as not to look “weak” on security issues, so deeply disappointing.

The bill will continue to be debated in the House of Lords on Wednesday 13 January. As it reaches its final stages, it’s important that we don’t let it slip under the radar. We need to oppose it at every single stage.