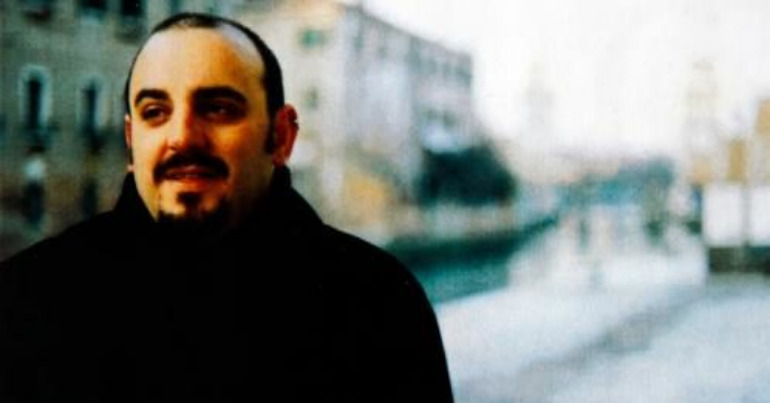 For those of us following the undercover policing inquiry, it is becoming increasingly obvious that the state isn’t interested in upholding its own laws, so hell-bent it is on protecting police staff. We have watched as it continues to protect the anonymity of the undercover police who abused women. And we have seen the inquiry gloss over police corruption. We have even heard an ex-police officer liken having sex with women to sampling drugs.

Protecting a man who incited arson…

It’s absurd that the chair of the inquiry, John Mitting, still insists on protecting the anonymity of spy cop Carlo Soracchi, whose cover name as an activist was Carlo Neri. Soracchi infiltrated groups between 2000 and 2006 by pretending to be a left-wing anti-racist activist.

His real name was published on Twitter back in 2019. Yet Mitting still refuses to accept this as fact, even though it’s in the public domain. Mitting is so intent on protecting Soracchi’s anonymity that he has gone even further, censoring what victims have been able to say in court by issuing a restriction order.

Dave Smith, a core participant in the inquiry, told The Canary:

inside this public inquiry, the very body set up by parliament to get to the ‘truth’, no one is allowed to mention Neri’s real name.

The Canary has reported how Soracchi incited activists to firebomb a charity shop. Giving evidence in the inquiry, Smith said:

For the record: we accuse Carlo Neri of being an agent provocateur, of deliberately attempting to entrap union members by inciting them to commit arson. Again for the record: the spied upon activists wanted nothing to do with the proposed attack: they are trade union and anti-fascist activists, not terrorists.

…and protecting a man who abused women

Soracchi had relationships with three women while he was an undercover police officer. One of the women was Donna Mclean, who met him at an anti-war demonstration in 2002. The inquiry was told:

Within six weeks, Carlo had moved into Donna’s flat. He quickly integrated into her family and told her that he wanted to have a child with her. On New Year’s Eve 2002/2003, he asked her to marry him and she agreed.

The extent to which Soracchi cruelly manipulated Mclean is mindblowing. He pretended that he wanted her child, and proposed to her, yet he was already married to another woman. He played mind games too:

He became very volatile and started distancing himself from her physically and emotionally. At one point he sent a text from Italy saying he was suicidal and was going to kill himself.

The fact that the inquiry is hell-bent on defending Soracchi’s right to anonymity shows the extent to which institutional sexism, and even misogyny, exists in the UK. There is no doubt that Soracchi intensely abused Mclean. The man should not be granted anonymity, but instead needs to be held accountable for what he did. And yet we can clearly see how the head of the inquiry – himself a privileged white man – is unashamedly protecting a perpetrator.

Even though this inquiry is still in its beginning stages, there have already been countless examples of institutional sexism. On 19 November, Mitting heard one ex-undercover police officer crudely compare sleeping with women to “sampling” drugs. The man, whose undercover name was Peter Fredericks, said:

If you ask me to infiltrate some drug dealers, you can’t point the finger at me if I sample the product. If these people are in a certain environment where it is necessary to engage that little more deeply, then, shall we say, I find this acceptable…

Police Spies Out Of Lives responded in a press release:

“This blatant disregard for women’s human rights sets the tone for this inquiry. One of our key demands is that the Chair makes a finding of Institutional Sexism.”

Since the state blatantly protects perpetrators of abuse against women, it should come as no surprise that the inquiry has also glossed over police corruption. Back in 1971, one undercover police officer, known by his fake name Stewart Goodman, crashed his unmarked police car into a tree while drunk driving. He’d been infiltrating a meeting with the International Socialists. Goodman told the inquiry that after he crashed:

Uniformed officers attended and I gave my real name to the officers and told them that I was an undercover officer. …

Even though I was definitely intoxicated, I was not taken to the station and I was not arrested. I was driven home by uniformed officers from the scene of the crash. …there was no formal disciplinary action taken against me.

Goodman’s senior officers even interfered with the court hearing, and he appeared in court using his cover name.

Donal O’Driscoll, another core participant in the inquiry, argued:

The Inquiry merely noted he had been in an accident which his bosses had to bail him out of. No mention is made of the circumstances. This is very disturbing as it is clear Goodman’s boss perverted the course of justice on his behalf and the officer was treated differently because he was an undercover. This is corruption and is precisely how miscarriages of justice start to take place. What would have happened if he had killed someone?

A new bill will give men like these complete impunity

These revelations come at a time when the government is intent on passing its Covert Human Intelligence Sources (CHIS) bill – dubbed the ‘spycops’ bill – which would legalise the criminal activities of undercover police officers.

The Canary’s Tom Coburg called the bill “one of the most dangerous bills to be put before the country in decades, legalising highly discredited practices”.  Meanwhile, inquiry participant Smith said that the proposed legislation:

would allow undercover officers in future complete immunity from prosecution for committing any crime, including rape, murder and torture.

The participants in the undercover policing inquiry are demanding that Mitting extends the scope of the inquiry, and are insisting that he conducts:

a thorough investigation into racist, sexist, anti-working class, anti-democratic behaviour on behalf of the spycops and those that instructed them to operate in this manner.

As the Tory government pushes through the CHIS bill, and while Labour politicians abstain on it, this demand is looking next to impossible.