Undercover soldiers: how the spy cops bill could bring the war on terror home 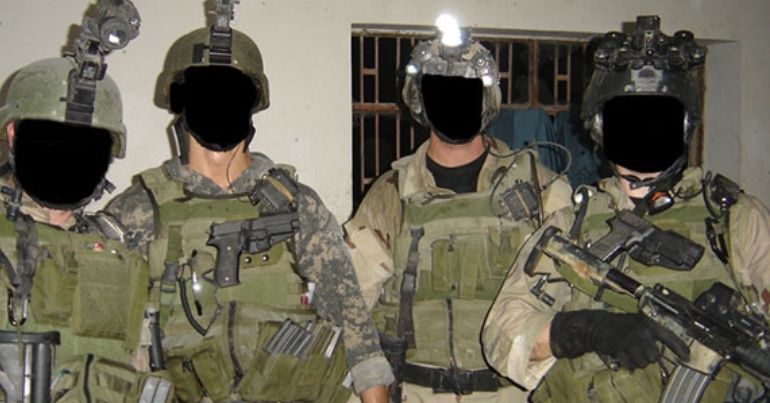 Most of the debate around what’s been dubbed the Spy Cops bill has focused on the UK police and security services. The covert human intelligence sources (CHIS) bill will allow state security agencies to break the law.

This focus is entirely justified given the human cost of undercover cops operating with relative impunity in political movements over the years. But it isn’t the whole story. Less commented upon is the fact that one of the named beneficiaries of new proposals is the British military.

It seems likely that special forces units on domestic counter-terrorism duties could use the new legislation. Although it’s hard to fully understand the implications without disclosure on the matter which is unlikely given covert military units and activity are exempt from freedom of information requests under national security rules.

The units in question would include the Special Reconnaissance Regiment, or SRR. Founded in 2005, and far more secretive than its SAS and SBS counterparts, SRR was officially the first special forces unit to accept women into its ranks. Unlike the SAS it remains extremely secretive, having not been subjected to the rafts of memoirs and movies by and about former members.

What little we know is that it has operated in most major UK warzones, that its role is focused on surveillance over force, and that it’s operated in the north of Ireland. It was in the north of Ireland that the unit was put into effect, often with deeply violent results. The concept of undercover soldiers resulted in the creation of highly controversial plain-clothed units like the Force Research Unit, the Military Reaction Force, and 14 Intelligence Company.

While designed as a way to expand military surveillance operations beyond Ireland and the UK, the SRR was also centrally involved in a 2005 counter-terrorism operation which resulted in the ‘mistaken identity’ killing of Brazillian worker Jean Charles de Menezes in Stockwell tube station in south London on 22 July 2005, just weeks after the ‘7/7’ London Bombings.

Having been followed from a block of flats in nearby Tulse Hill, de Menezes was chased on to a tube train, pinned down, and shot eight times by armed officers. After numerous appeals by his family and the case reaching the European courts, judges ruled there was inadequate evidence to charge any officer with breaching human rights. The Met Police were, however, charged for breaking health and safety laws.

The military made very little comment on the issue but Whitehall sources did confirm to the press at the time that soldiers had been involved in tailing de Menezes.

Policing in the UK has already become highly militarised though not yet to the degree that the US has seen with military hardware and paramilitary-style tactics adopted on a major scale. Some have argued that this is evidence of the violence we’ve inflicted abroad through the War on Terror coming home to roost. The CHIS bill could be read as another step along the way.

Moreover, these new measures must be seen in the context of a wide range of authoritarian legislation and other proposals. These include:

Just as concerning is the fact that the Tories have a substantial majority in parliament and that Keir Starmer’s largely supine opposition has, with the usual honourable exceptions, offered only lukewarm resistance to dangerous legislation.

This new bill could give military units, with a far more aggressive approach than even the Met Police, effective carte blanche to break the law. It should concern anyone committed to human rights and the rule of law.