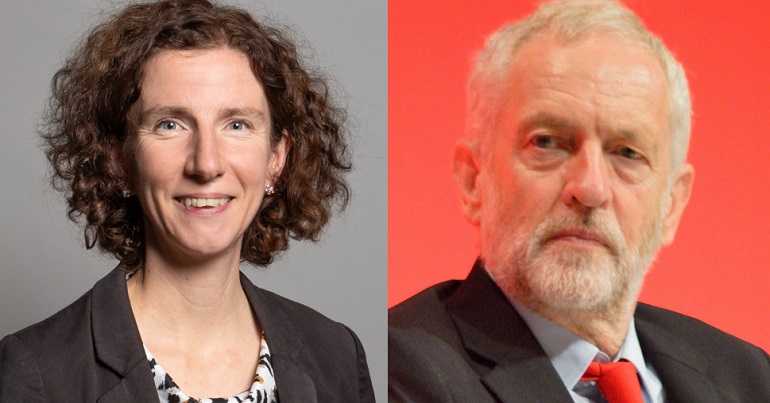 Shadow chancellor Anneliese Dodds is shedding light on the Labour Party’s economic stance for the first time. And it appears that it doesn’t honour Keir Starmer’s commitment to Jeremy Corbyn’s policies. Instead, Dodds’ approach is taking the party back six years, to a time when Labour’s capitalists were desperately trying to fix capitalism.

“Backing away” from the “hard left”?

The shadow chancellor is setting out her plans in the “Mais Lecture”, taking place at 6pm on Wednesday 13 January. Labour had not released the full text of the speech at the time of publication. But the Financial Times (FT) interviewed Dodds. And it gave a broad overview of what she would be saying.

Overall, it noted that:

the Labour party is backing away from the hard-left economic policies of former leader Jeremy Corbyn, seeking instead to fight the Conservatives on economic competence and protecting the UK’s recovery from the damage caused by the Covid-19 pandemic.

The FT said that Dodds’ approach to the economy would be about being “responsible”. She says the word 23 times in her lecture, apparently. It also quoted Dodds as saying:

We need a more resilient economy that can only be achieved through responsible economic, fiscal and monetary policy

Dodds also told the FT that “in the months ahead” Labour would, if in government, “spend more than the Tories”. But there was one crucial line from the article which gave a broader view of where Labour would be heading economically.

The FT wrote that:

With fiscal policy taking more of the strain in helping the economy to recover quickly from the Covid-19 pandemic, she wants monetary policy to play a lesser role in the future.

To be clear, monetary policy is about what central banks do to achieve large (macro) economic objectives such as growth and full employment. Fiscal policy means government tax and spending policies. Dodds says that the Tories’ focus on monetary policy in the last decade did little but:

exacerbate inequality and concentrate economic gains in the hands of those who were already asset-rich, at the expense of those who rely on income from their labour.

This is true. For example, the Bank of England (BoE) effectively printed hundreds of billions of pounds of money in the 2010s. This is called quantitative easing (QE). But as the Guardian wrote, all that did was allow the rich to get richer. Meanwhile, the rest of us suffered under austerity. So, Dodds is right to move away from monetary policy as the main tool to support the economy. As the FT said, this on paper would mean a move to higher government borrowing, if the BoE is not going to be creating money.

But Dodds seems to have already thought of this. The FT wrote that she explained how:

the sustainability of the public finances should not be measured on an annual or five-year basis, but over a considerably longer period.

Calling for a “responsible fiscal framework” based on “pragmatism, not dogmatism”, she will commit Labour to a rolling target of balancing the government’s current budget in the future, which would allow increased capital spending.

Labour would also put in a “fiscal anchor” to stop future governments having a “free-for-all” in public spending. And the National Audit Office (NAO) would have more powers to review what governments were doing; ministers would also have to respond to it.

Meanwhile, in the US…

One of the other things that stands out from the FT report is how Dodds and Labour’s economic approach is very similar to that being proposed by US president-elect Joe Biden. The cheddar wrote that:

Biden signaled on Friday, in a speech finalizing his economic team, that his administration would not be reigning in the federal deficit anytime soon. He cited a growing consensus among economists that more government spending is essential to getting out of the current crisis.

“Every major economist thinks we should be investing in deficit spending in order to generate economic growth,” Biden told reporters.

In other words, spend today and worry tomorrow.

Both these approaches are all well and good. They are, in some senses, a break from the right-wing consensus that dominated the previous, pre-pandemic decade, even under Barack Obama in the US. But are they good enough?

Dodds has not commented on the details of Labour’s fiscal policy. But this “responsible” approach should be viewed with caution. If Labour will be focusing on a “rolling target of balancing the government’s current budget in the future”, problems will arise. Playing this game, which Dodds appears to want to do on the system’s terms, will not be easy. The “budget deficit”, the thing that politicians told us in the last decade meant public spending had to be cut, is now at its highest level in peacetime. Labour will have to address this at some point. Also, we will come out of the pandemic still feeling the effects of years of austerity. Public spending will be needed if public services are to return to any sort of decent functioning level.

But there’s another major issue with Dodds’ rhetoric.

Alarm bells should already be ringing. Because both Dodds’ and Biden’s ‘fiscal over monetary policy’ approach seems less about economics, and more about a response to the far-right ‘populism’ that has taken hold in the past few years.

Edward Luce wrote in the FT that the focus on monetary policy in the US:

has benefited big companies… at the expense of small businesses, including financially-sound ones. And it has boosted wealthy individuals over median households.

He also said that the current approach from the US Federal Reserve (the US equivalent of the BoE) presented a “visible threat” to “US political stability”. Luce called this “the potential seeds of America’s next populist crisis”. He wrote:

Monetary policy is a blunt tool. Spending by contrast can be targeted at those who need it and help lift America’s growth potential…

The opportunity is for the US government to borrow long term funds at near zero rates and invest it in productive capacity. The danger of not doing that can be expressed in a simple equation: QE — F = P. Quantitative easing minus fiscal action equals populism.

In other words, the US needs a return to the centrist status quo to prevent another Trump crisis.

Other centrist economists echoed this sentiment. As I wrote in 2015, Lawrence Summers was secretary to the treasury under Bill Clinton. He is cited as one of the architects of the banking deregulation that led to the 2008 crash. On 10 January he tweeted that:

Meanwhile, the International Monetary Fund (IMF) has warned about the economic dangers of populism. The Organisation for Economic Co-operation and Development (OECD) has done similar. Both have advocated a ‘spend now, worry later’ economic approach.

Dodds’ tactic appears to be aping all this. City AM also reported that Labour is sending a shadow cabinet member to Biden’s inauguration. So, it appears wheels are already in motion for Starmer to align the party with the incoming US administration. But is this really just about countering far-right populism? Or is it really about maintaining corporate capitalism, albeit with a cuddly sheen on it?

I wrote in 2015 that under Ed Miliband and Ed Balls, Labour was invoking a kind of ‘Third Way’ – the triangulation of both left and right-wing policies to create a centre ground. It wasn’t quite Blairism. This was because it leaned more towards the social democracy end of the spectrum than Tony Blair. But triangulation it was – centred around the idea of “Inclusive Prosperity”. I said at the time that this idea was based on “Inclusive Capitalism”. It is an ideology created by Summers, a “couple of Tory Lords” and others. It:

is described as a “Long-Term” way of “maximizing the extent to which capitalism can heal its own ills”, in the hope that “the capitalist system that has made our societies great will continue to do so”.

In other words, capitalists trying to fix and maintain capitalism. At the time, one capitalist thinktank noted:

“growing concern that if the fundamental issues revealed in the (financial) crisis remain unaddressed and the system fails again, the social contract between the capitalist system and the citizenry may truly rupture, with unpredictable but severely damaging results”.

The rise of Donald Trump, Brexit and Boris Johnson’s rogue crony capitalist government bore out the thinktank’s prediction. But as I said:

Translated? Both the… [think tank] and “Inclusive Capitalism” are merely PR firewalls – coercing the public into believing that capitalism knows it’s been naughty, and will play nicely from now on – sharing a portion of its pie; the size of the portion? The same as it’s always been.

Dodds and Biden’s responses to former and current crises appears no different to this.

We should be under no illusions that Starmer and Dodds (and Biden in the US) are socialists. With social democrat Miliband back in the shadow cabinet, along with a host of other middle-of-the-road faces, the Corbyn era is now over. And while on the face of it this dressed up capitalism seems a response to far-right populism – it is also a response to real left-wing movements too. For capitalism and the system, both movements are equally dangerous. As the past few years have shown, both resonate with sections of the public. So, the system needs to stop both in their tracks.

But the problem with this ‘cuddly capitalist’ approach is that the horse has already bolted. Large sections of the global public are aware of the system’s failings: the Brexit vote, the rise of Trump, Labour’s historic 2017 election result and then Johnson’s historic 2019 election win being prime examples. To think that by tinkering around the edges of a collapsing system you will pull the wool over people’s eyes to its failings is either delusional or condescending.

The anti-corporate capitalist genie is out of the bottle. So, the response from the Labour Party should not be to try and fix what is already broken. It should be to forge a new consensus across government and society. Dodds’ triangulating is doomed to failure. And it will doom Labour to yet another general election defeat.