There's a backlash against posties. We need to support them. - Canary 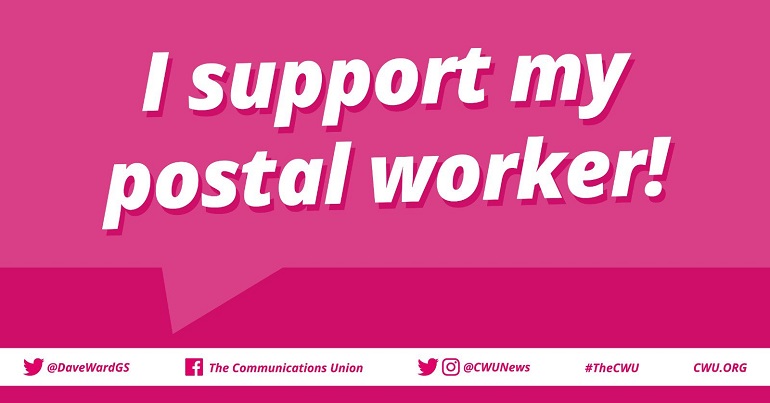 Postal workers are facing a backlash from some members of the public. This is because people’s post has been delayed. But is it the fault of Royal Mail staff? Umm, no.

The Guardian reported that Royal Mail has limited deliveries in 28 parts of the UK. The majority of these are in England. It said it was because “many staff have contracted coronavirus or are self-isolating”. So, you’d think given that we’re all suffering in some way due to the pandemic, people would be understanding about the situation. Unfortunately not.

As the Communications Union – CWU –  tweeted:

We’ve seen some people today digging out postal workers due to a delay in mail arriving.

Our members are working their arses off under incredible pressure at an unprecedented time. They deserve better than cheap jibes.

Get behind your local postie ❤️

BBC News reported on quite a few people’s negative comments. One of the people “digging out” posties was Labour MP David Lammy. But the CWU were having none of it:

Hi David, do you want us to set up a call with the local CWU Branch for you?

You seem to have no idea what our members are going through to keep the country connected.

Every piece of mail is vital but none more so than our members safety. https://t.co/raqMfi8BnM

There are of course issues with the post. And there can be serious implications with it being delayed. The Isle of Wight County Press reported that people had missed their coronavirus vaccination appointments. This, people claimed, was due to the appointment letters being late. But even Royal Mail said that this was down to the “direct impact” of staff self-isolating. And with the vaccine rollout, the mass testing programme and so many people working from home – the whole system is under increased strain. This is not postal workers’ fault.

So, the union decided to do something positive:

Come on then. Let’s start a positive thread. Let us know in the comments below why you love your postie.

Our members are under tremendous pressure out there and are doing all they can to keep the country connected. pic.twitter.com/BqvbJfJhlQ

People on social media put messages of support on the CWU’s timeline:

I love my postwoman 🥰. I can’t imagine how hard it’s been for her and the rest of you. She is always so chirpy and smiling. Thank you all for all your hard work, a lot of us do appreciate you ✊🏽

I’ve still your your support your posties poster in our window, they have been massive during this pandemic.

Some posties flipped the love back to their customers:

I’m a Postie. Can I just give a shout to our wonderful customers who have kept us going. Cards, pictures in windows, offers of drinks an snacks an most important of all the thank you’s ✊🏻

But it was Neha who maybe summed up what the real issue was, the best:

I live in the N4 area & am waiting for post about urgent medical treatment. The only people to blame are the Tories & bosses for dangerous working conditions + no protection.

I stand with my postie & all his comrades at @CWUnews who have been a lifeline throughout the pandemic. https://t.co/qpFq7GPlw9

Indeed, at the start of the pandemic Royal Mail had issues. Some staff accused it of putting “profits before safety”. This was due to alleged lack of PPE. But these issues appear to have been sorted out.

All this comes after the CWU reached a historic deal with Royal Mail. On 22 December 2020, the two parties struck an agreement which ended a two-year dispute over pay, conditions and the path the company was taking.

We’ve secured an agreement to grow the company, a no compulsory redundancy commitment, 2.7% pay this year and 1% + 1 hour off the working week next year, a deal on joint change and the introduction of new tech will hand power to the workers not punish them.

Currently, the CWU is holding a consultation process with members over the deal.

Posties are trying their best under very difficult circumstances. So, let’s treat them with the respect they deserve – and get behind them during these difficult times. ‘Post’ a message to the CWU and its members under this tweet. They will probably really appreciate it.