Jonathon Seed has been disbarred from the PCC election. Now it's time to expel him from the Tory party. - Canary 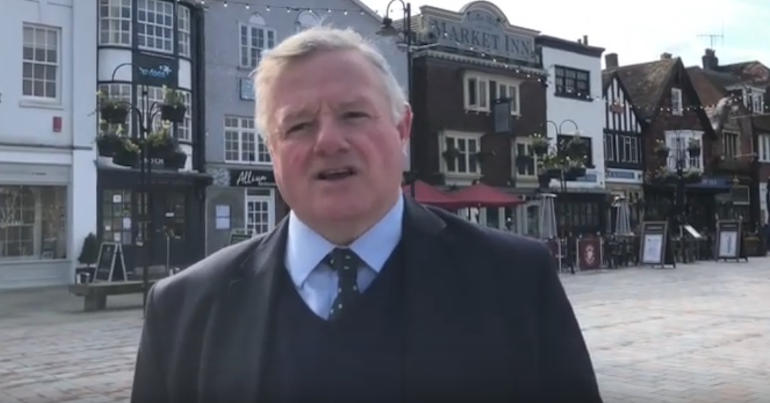 Jonathon Seed, the Swindon and Wiltshire Tory candidate for Police and Crime Commissioner (PCC), is currently making headlines after being disbarred from the election. ITV News has revealed that Seed has a historic drink driving offence, which makes him ineligible to stand. It’s unclear whether the Conservative Party knew of the offence. Seed insists he declared it, while ITV understands that the Tories were not aware of the conviction.

Seed is an ex-army major and ex-fox hunt master. Animal rights campaigners have worked tirelessly for the past year, giving extensive reasons why Seed was not fit to run for PCC. Wiltshire Hunt Sabs and Bath Hunt Saboteurs told The Canary:

Without the constant scrutiny and campaigning by Bath and Wiltshire sabs, this wouldn’t have come to light. Jonathon Seed certainly thought no-one would look into a role that no-one previously cared about.

But it’s disgraceful that it has taken this long for the Tories to disbar Seed. Campaigners have previously documented many other reasons why the man should have been disqualified, and all were ignored. Earlier this year, it was even revealed that Seed had failed to mention his connection to an organisation campaigning to repeal the hunting ban in his register of interests.

It is frankly disgusting that it’s taken a historic drink driving charge for Jonathon Seed to withdraw himself from proceedings. Why on earth was somebody with such an extensive history of wildlife abuse even allowed to stand for Police and Crime Commissioner in the first place?

Serious questions must be asked of Wiltshire Conservative Party as to how and why Jonathon Seed was deemed a suitable candidate for the role.

Back in March, The Canary extensively covered Seed’s history of fox hunting, as well as his current close ties to the barbaric sport. Seed was master of two local hunts for 20 years, from 1992 to 2012, while fox hunting with hounds was made illegal in 2004. When Seed was master of Avon Vale Hunt, he insisted that hunting foxes was “important for freedom“, and was determined to get the ban “overturned in due course”.

During his time as hunt master, Seed was was accused by hunt saboteurs of being violent. Wiltshire Hunt Sabs and Bath Hunt Saboteurs previously told The Canary:

When Seed was hunt master of the Avon Vale, from around 2000-2012, they were an exceptionally violent hunt. Sabs were often ridden at by Seed on his horse, and sabs were injured as a result of being sent flying by him. He had a hotline to his “Welsh militia” who he would call in to assault and abuse sabs and monitors on a routine basis.

Meanwhile, in 2013, two Avon Vale men pled guilty to interfering with a badger sett the year before, while they were under Seed’s watch. Charges against Seed for the same incident were dropped.

This is not the first time Seed has hidden the truth

Seed’s drink driving conviction is not the only thing that the councillor has kept quiet about while campaigning to be PCC. Earlier this year, a leaked document revealed that Seed was listed as one of This is Hunting UK’s (TiHUK) regional coordinators in 2018. TiHUK is an organisation whose main aims include repealing the hunting ban. And yet, Seed’s register of interests completely fails to mention his involvement with TiHUK. In fact, Seed has stated:

My declaration of interests has always been correct and up to date throughout my time as a councillor.

This brazen willingness to hide the truth is shocking, highlighting that Seed can’t be trusted, not just as a PCC, but also as a councillor and Tory party member. Wiltshire Hunt Sabs and Bath Hunt Saboteurs told The Canary:

The Conservative Party surely can’t stand behind a candidate bound to bring constant controversy, but more than that it’s election fraud. It’s a criminal offence, and he could go to prison. He can’t possibly continue to be the public face of a political party.

Meanwhile, Wiltshire’s other PCC candidates are calling for a criminal investigation into Seed.

The public is footing the bill

Of course, the public had already voted for Swindon and Wiltshire’s PCC candidate before the controversy against Seed came to light, and the results are being counted right now. If Seed receives the most votes, another election would need to be held.

The question is why the British taxpayer should have to fit the bill for the re-run of this election and why the Conservative Party should even be allowed to stand another candidate.

Seed needs to be expelled

Although Seed admits that he is disappointed that he isn’t running for PCC, he is still keeping his prestigious Tory councillor position. He said:

I will continue with my work as a local councillor and within the local community, to which I have dedicated my life for the past 20 years.

With his family ties to barbaric fox hunting practices, his business ties to the hunting industry, and his habit of hiding the truth, it’s clear that Seed can not be trusted in any positions of power. What will it take for him to be sacked from his council role, too?