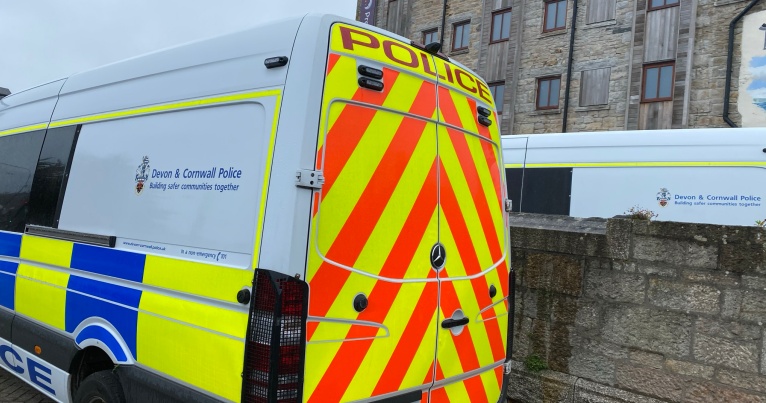 Content warning: this article contains a video and descriptions of police violence that some readers may find distressing.

In a few days the G7 world leaders will arrive in Cornwall. Alongside them, 5,000 extra cops from all over the country will arrive in the region. The summit is taking place a short drive from my house. And as I’ve written before, local people are in for a nasty surprise when this operation gets fully underway.

Devon and Cornwall police are on a PR offensive. The force is claiming that people shouldn’t worry as they’ll be controlling the operation. And they want us to believe that they aren’t like other police forces. Yes, apparently Cornwall cops are all fluffy and lovely; they’re welcoming of protesters and just want to engage with us.

While some protest groups, such as the Resist G7 coalition, have very strong messaging on policing, others, unfortunately, appear to have fallen for the police’s propaganda.

But anyone who believes this is dangerously naive. It’s also dangerously offensive to all of us, myself included, who have experienced violence at the hands of Devon and Cornwall Police.

And it’s really important that both everyone in the local community and everyone who’s planning to protest knows the reality of what this supposedly fluffy police force is really like.

Simeon Francis, a Black father, died in police custody in May 2020 in a Torquay police station. His family have also accused Devon and Cornwall Police of using excessive force during an arrest in 2019 in Exeter.

He can be heard in the video saying he couldn’t breathe and accusing the police of racism:

I’m lucky. I’m a white woman who doesn’t have to face oppressive and violent policing because of the colour of my skin. I am incredibly privileged in my dealings with the police and recognise that privilege.

But that doesn’t always stop the violence. In 2010, I was arrested on a warrant that should never have been issued for failing to attend court. I’d been to the doctor and had a letter stating that I wasn’t fit to travel. This is the account that I wrote about what happened at a Cornish police station:

At Camborne police station I refused to get out of the car.  Nothing violent, nothing dramatic, just a quiet refusal to accept their authority, a refusal to co-operate with what was happening.  Several officers dragged me into a cell where male officers held me down while I was stripped of my clothes.  No explanation was given – the first I knew about it was when they started pulling down my trousers.  They left me, naked on the floor, with a grey paper suit to wear.

No attempt was made to assess my fitness to travel despite being in possession of a doctor’s letter stating I wasn’t.  I saw a nurse briefly.  She entered my cell accompanied by a male cop who refused to leave, giving me no privacy to discuss my health.  I told her why I was on medication, but she didn’t listen, wanting only to work through her checklist of possible illnesses.  Later I saw she had marked me down as epileptic despite having told her my tablets were mood stabilisers.  Either way, I was not given my medication.

During this ‘examination’, the custody sergeant entered yelling at me, telling me I didn’t have any rights.  When I argued back, he threatened to cause me pain before forcing me to the floor in a wrist lock.  I wasn’t allowed to speak to my solicitor until the following morning.

The incident was deeply traumatic and contributed significantly to a subsequent breakdown I had a year later. I made a complaint and was told that I couldn’t be as traumatised as I claimed because I had written articles about policing: 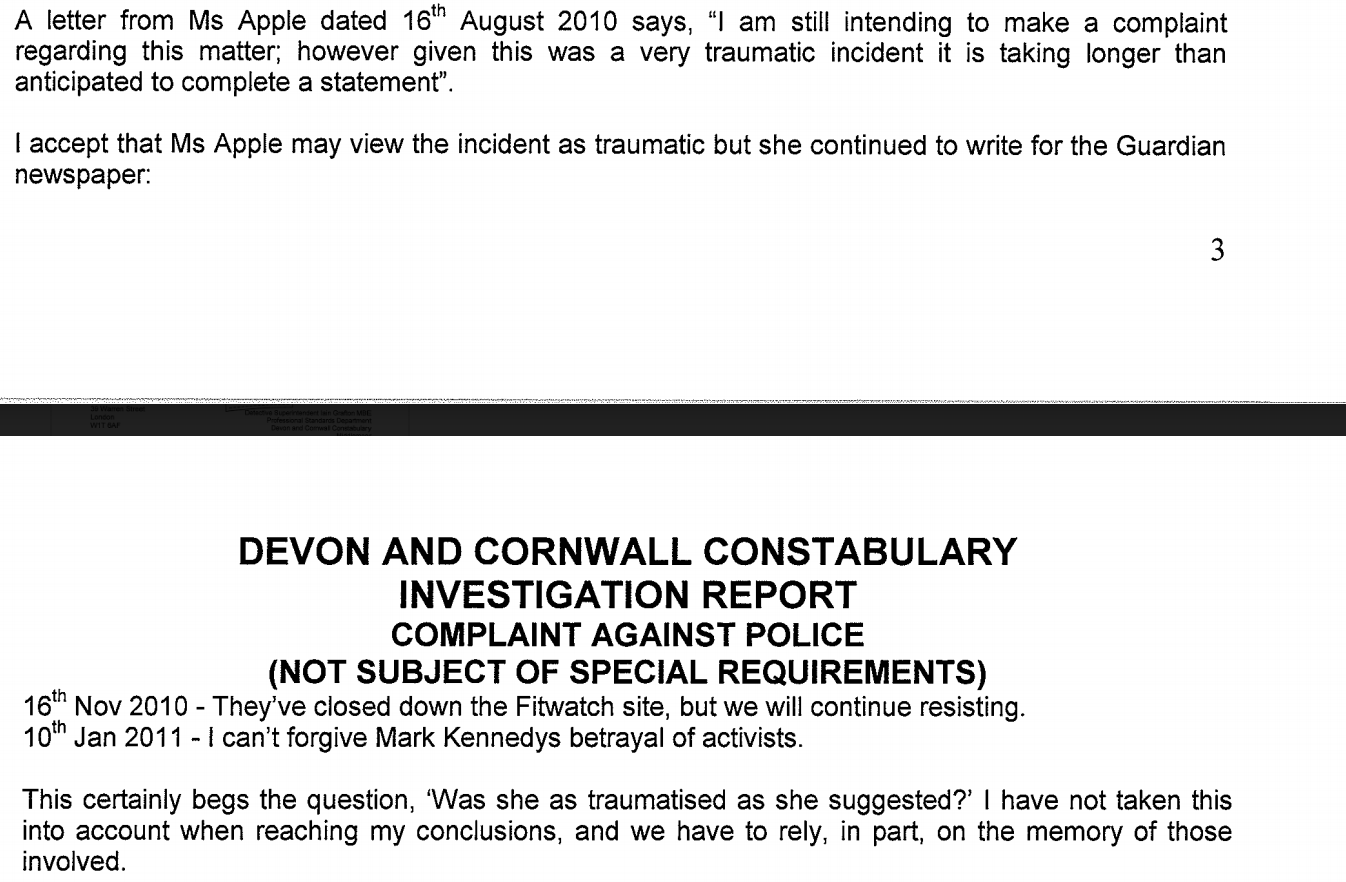 Eventually, I received an apology and compensation. But no action was taken against any of the officers involved:

The bottom line: please don’t fall for the bullshit. The messaging put out by the police is nothing but spin and lies. It is deeply offensive to communities experiencing racist policing and every single person who’s experienced violence at their hands.

Anyone going on a protest needs to be prepared for the reality of summit policing. They need to be prepared for harassment, intimidation, arrests, and violence. I really hope this won’t happen. I really hope I’m wrong. But I’d much rather that everyone in the area goes into the next week with their eyes wide open and with informed consent about what could happen. Because believing and repeating the police propaganda is dangerously naive and puts everyone at risk.