One year on, Bristol celebrates the toppling of Edward Colston - Canary 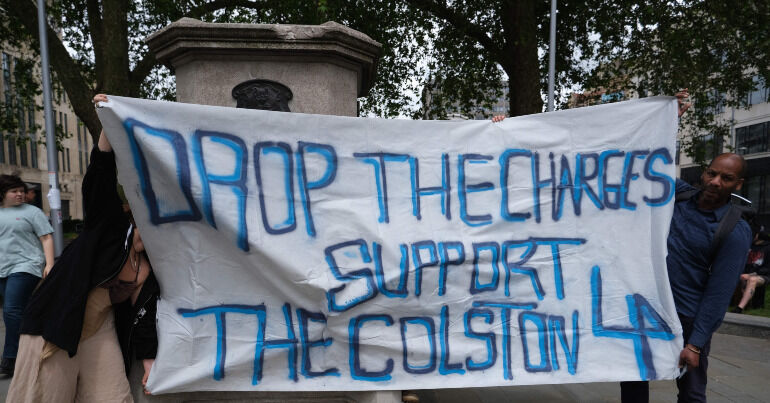 The people of Bristol are celebrating the anniversary of the toppling of slave-trader Edward Colston’s statue. They gathered round the empty plinth to celebrate what they call “one less prick on a pedestal”.

Exactly one year ago, anti-racist activists pulled down the monument in the city centre during a Black Lives Matter protest. Around 10,000 people attended the demonstration in summer 2020 in response to the murder of George Floyd. Crowds cheered as the racist statue sank to the bottom of the harbour on what was a monumental day in history. It was a small but significant step in telling the truth about Britain’s shameful colonial past.

On the anniversary, people have unfurled banners and made speeches. A guerilla artist has also erected a plaque at the harbour at the spot where Colston was sunk. 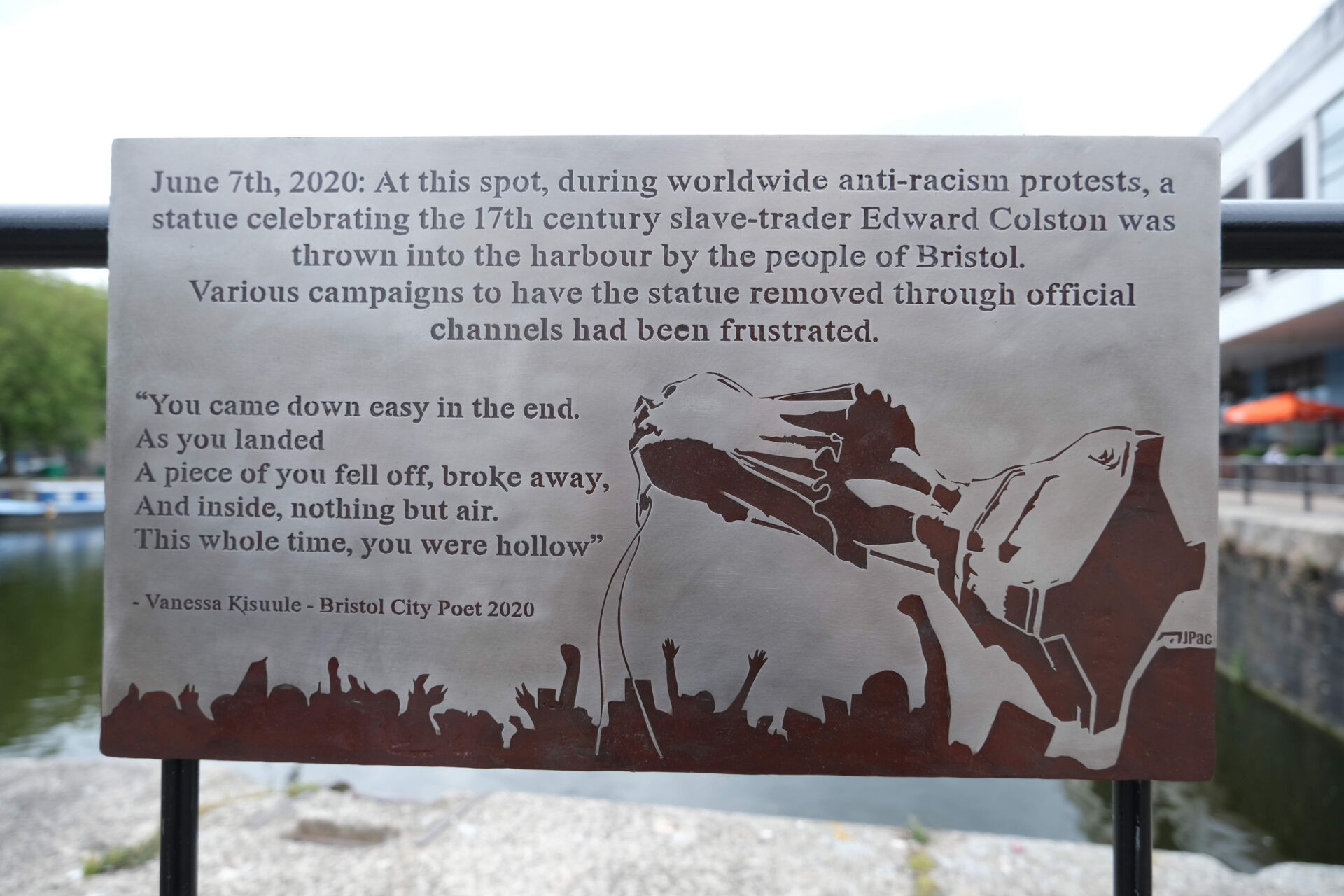 The toppling of the statue came after years of campaigning and protests by Countering Colston and its supporters. The group had previously achieved a number of significant concessions, including the decision by Bristol Music Trust to change the name of the Colston Hall. And after the events in June 2020, a number of buildings and landmarks around Bristol named after the slave-trader finally bowed under pressure to change their names.

Glad Colston’s Gone released a statement on the anniversary, saying:

We…support the anti-racist aims of the protests throughout the summer 2020. We abhor the legacies of institutional and structural racism arising from European colonisation and the trafficking, enslavement and transportation of African men, women and children into plantation slavery in the Caribbean and Americas.

We believe that raising the statue of the slave-trader Colston in 1895, some 60 years after the Emancipation Act, and repeatedly ignoring expressions of concerns by citizens, campaigners, and artists, has been deeply damaging to Bristol’s Black community and to our common humanity.

We believe the statue has stood as a monument to the disingenuous way power is wielded, impacting those of African descent adversely and disproportionately in policing, health, housing, education outcomes, job opportunities and life chances.

Don’t prosecute those on the right side of history

It may come as little surprise that the government objected to the pulling down of a statue of a racist, murderous white man. In fact, instead of conceding that Britain’s wealth is built on killing and slavery, the Tories vindictively responded by vowing to make it an imprisonable offence to damage statues. When the highly controversial Police, Crime, Sentencing and Courts Bill is passed, anyone who damages one of the UK’s many colonial statues could find themselves in prison for up to ten years.

Hundreds can clearly be seen on camera to have been involved in various activities that led to this object being pushed into the harbour. Despite this, authorities have decided to single out four people who are now charged with criminal damage. They await trial in December 2021.

We recognise that this statue has been a point of division for many years and welcome the fact that it no longer stands in our city centre. We do not believe the trial against four people is in the best interests of our city and urge that charges be dropped.

The people of the UK must wake up to our shameful past. We must acknowledge that our current society is still built around white supremacy. It is vital that we stand by the Colston defendants, and that we show our outrage at a government that continues to celebrate this murderous colonial legacy.