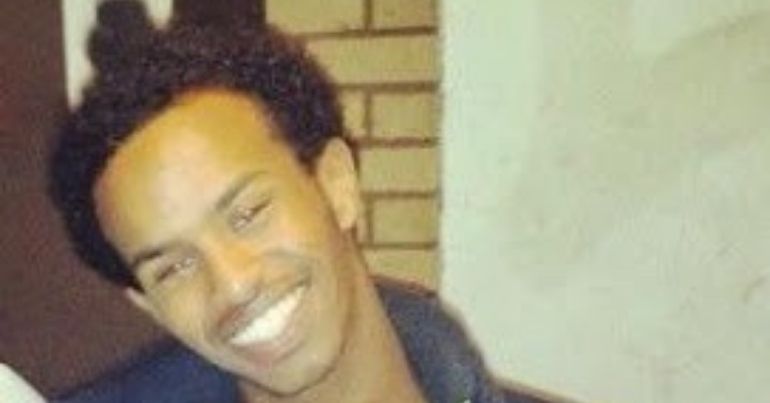 On 9 January 2021, 24-year-old Mohamud Hassan suspiciously died after being detained by South Wales police. Mohamud had been arrested by the police and then released without charge the next morning, but died in his flat that day. Witnesses say he had been severely beaten, with blood on his clothes and bruises all over his body. A post-mortem did not state the cause of this death.

At the time, Mohamud’s cousins said:

He told our family members that he was tasered twice and through images they could see bite marks all over his body. Additionally, he stated that he was brutally kicked in the head and suffered injuries to his face and knee- it was dislocated, and he struggled to walk. Witnesses say that he was covered in blood with significant injuries to his mouth.

The police involved haven’t even been suspended

Disgracefully, the six police officers who were put under investigation following Mohamud’s death haven’t been suspended from duty. Back in March 2021, it came to light that one police officer:

saw [Mohamud] collapse, literally slumping over in the back of the police van, and still did not report this to his senior officer.

In failing to report and get urgent medical attention, the officer missed a real opportunity to have potentially prevented Mohamud’s untimely death.

And yet, this police officer, as well as the others who had contact with Mohamud, has kept his job. This is a prime example of the blasé attitude of a police force that is institutionally racist and sees Black people as second-class citizens. South Wales police doesn’t even consider Mohamud’s death as serious enough to suspend those who are suspected of being responsible. Can you imagine the public outrage over this if Mohamud had been a white person?

Lee Jasper, spokesperson for the campaign to get justice for Mohamud, argued:

In no other profession can you be under investigation for suspicion of causing death and remain at work.

It doesn’t bear thinking about that those who are responsible for inflicting the brutal violence on Mohamud that might have led to his death, are still free to ‘police’ others in a similar way.

It’s disgusting that one year on, Mohamud’s family are still campaigning for the release of the police’s bodycam footage. This begs the vital question, what is South Wales Police hiding? Mohamud’s family has stated:

The Police and the IOPC [Independent Office for Police Conduct] have conspired to cover up, obscure, frustrate, delay and dispute our search for the truth.

most families who suffer a death in custody are routinely denied access to this footage because the IOPC wishes to dampen down public outrage whilst the police, we believe, use these body cam videos to construct a plausible legal defence.

Had the footage of Mohamud’s last moments been released to us, then we would have been spared the slow torturous agony of consistently speculating day by day on precisely what happened to him that awful night.

According to Inquest, in England and Wales there have been 1,803 deaths either in police custody, or following contact with the police, since 1990.

people with Black, Asian and Minoritised Ethnicities (BAME) die disproportionately as a result of use of force or restraint by the police, raising serious questions of institutional racism as a contributory factor in their deaths.

Black people have always known that the police aren’t here to protect the people. But those of us who are white are brainwashed from a very early age to believe that the police are there to do exactly that. As white people, we can never know what it is like to be singled out, stopped and searched, arrested, or even murdered, primarily because of the colour of our skin.

But there is some hope. 2021 saw greater calls from both BAME people and white people to defund the police. We are coming together to question the police’s role in society, and why they wield the complete power to brutalise the public, which has no right to defend itself. Whether it be the police officers responsible for the death of Mohamud Hassan, the Met police officer who murdered Sarah Everard, or the disgusting police officers who took selfies of themselves next to the bodies of murdered women Bibaa Henry and Nicole Smallman, we are, as a society, finally waking up to the brutality of the police. We are scrutinising the police’s role full-stop, questioning whether that role is even necessary, and talking about alternatives.

This spring will see the passing of the new police bill, which will give the police terrifying new powers. Once enacted, we are likely to see the police using greater violence, safe in the knowledge that the law is there to protect them. This will, of course, disproportionately affect Black and Traveller communities the most. The government will introduce Serious Violence Reduction Orders, giving police significantly more power to stop and search people on the street. Statistics from 2019 showed that Black people were 9.7 times more likely than white people to be stopped and searched. Meanwhile, the way of life of Travellers will effectively become unlawful.

Mohamud’s case is, sadly, not an exceptional case but an example of the systematic rot that exists across UK police forces. But it highlights exactly why the police don’t need more powers.

15 January will see a National Day of Action to protest the bill as it passes through the Lords. Once more, it is time to show up in numbers to stop this racist and classist bill before it’s too late.