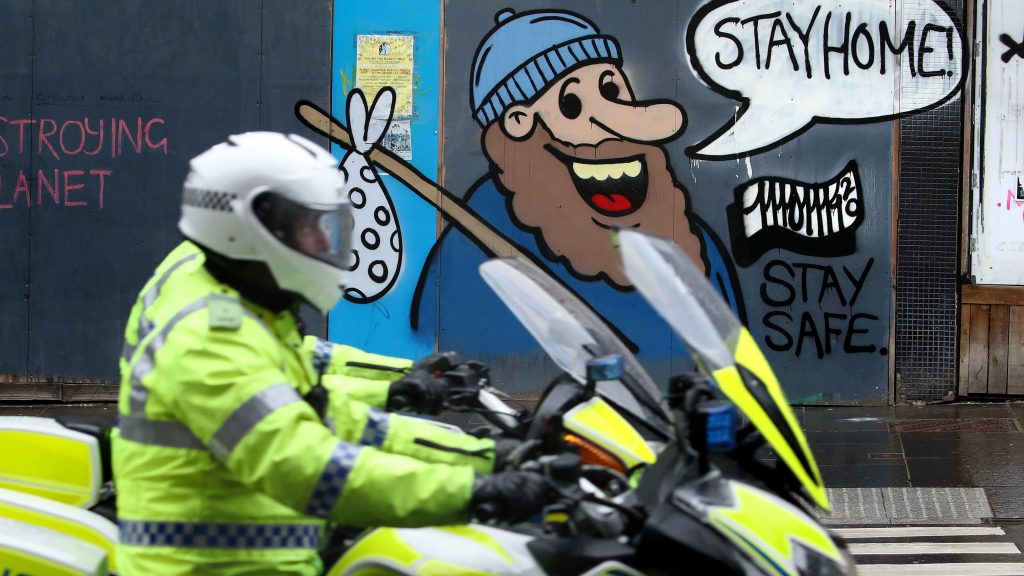 Hundreds of fines for breaking coronavirus (Covid-19) laws were handed out by police in the week of the Downing Street garden party during England’s first lockdown.

Scotland Yard has said it is in contact with the Cabinet Office about the 20 May 2020 allegations at Number 10.

EXCL: Email obtained by @itvnews proves over 100 staff were invited to drinks party in No 10 garden at height of lockdown to “make the most of the lovely weather”.

We’re told PM and his wife attended, with staff invited to “bring your own booze!”https://t.co/rg34EIkdz2 pic.twitter.com/UORlSwwHJX

There were 807 fixed penalty notices issued for breaches of coronavirus rules in England and Wales in the week between 15 May and 21 May 2020, the latest data from the National Police Chiefs’ Council shows. According to the figures, a total of 118,963 fines were processed by police between 27 March 2020 and 16 December 2021.

Coronavirus rules had changed a week before the party as the government warned it was considering tougher enforcement measures for anyone flouting the rules.

Lockdown fines rose to £100 in England on 13 May 2020 – a figure that mirrors the number of attendees invited to a Downing Street garden party around the same time. The fines could be issued to anyone believed to be breaching restrictions on movement amid the coronavirus outbreak. While anyone found breaking the law would have had their first fine lowered to £50 if paid within 14 days, the penalty doubled for each repeat offence, up to a maximum of £3,200.

At the same time, the government published a 50-page document setting out its coronavirus recovery strategy for England which said it was “examining more stringent enforcement measures for non-compliance”. The document said the higher fines “reflect the increased risk to others of breaking the rules as people are returning to work and school”.

Boris Johnson himself said just days after this party that the police should step in to stop people holding outdoor gatherings. It would absolutely reek of double standards if the police don’t investigate these allegations in full.https://t.co/ztg453JgMr

Laws in force at the time still required people to have a reasonable excuse to leave their home, such as to buy food and medical supplies, and limited other exceptions such as attending a funeral, court, or legal proceedings, or to “escape a risk of harm”. There was no provision for people to attend garden parties with colleagues.

Changes in the law also allowed people to collect orders from shops and other businesses which had been permitted to stay open or go to waste and recycling centres.

According to the legislation, people could only meet one other person from outside their own household at a time in a public space or for exercise. Government ministers urged people not to visit relatives and friends in their own homes or gardens.

Guidance issued at the time said people would be able to spend time outdoors, other than just for exercise, as long as they were not meeting more than one person from outside their household, while observing social distancing measures by keeping two metres apart.

In terms of ‘excusing’ the current situation, Tory attempts to defend the prime minister have drawn criticism:

The absolute state of it…

“The garden is an integral part of No.10”

“It was a walled garden with armed police patrolling outside”

At the same time, Johnson has struggled to find MPs who will actually come out and support him:

I’ve never seen an Urgent Question attended so poorly in the Commons.

Tory MPs and government ministers can’t bring themselves to defend Boris Johnson in any significant number.

The Prime Minister should resign.

In fact, some Tory politicians are openly calling for him to resign:

The Tory councillor said he was “not willing to defend the indefensible”https://t.co/PUUk50E803