As voices for peace are shouted down, war in Asia looms large - Canary 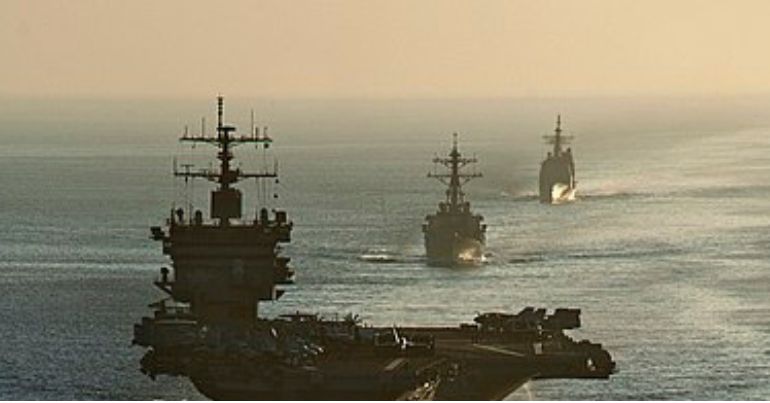 In February this year I was asked by friends – who mistook my interest in war and foreign policy for expertise – whether Vladimir Putin would invade Ukraine. No, I told them. This build-up was just posturing, precisely as there had been for years by that stage.

Yet, quite soon after this I woke up to see that Russian armoured columns were streaming into Ukraine. And that centrist and Tory Russophobes and hawks were claiming that they were right all along to hype the threat of Russia. A first to be sure, though more by luck than judgement. A broken clock is right twice day after all.

Add to this unpredictability the fact that anti-war voices are attacked by the powerful, and we’re faced with a dangerous climate.

What is clear is that, since February 2022, much has changed in terms of the rivalry between the Great Powers. Today, anything could happen – and US speaker Nancy Pelosi’s visit to Taiwan on 2 August seems to highlight this.

Only minutes after Pelosi landed, China announced it would start live fire drills close to Taiwan, which it historically claims as its own territory.

As NPR points out, the US plays both sides:

By law, the U.S. is obligated to provide Taiwan with weapons and services. But the U.S. policy of “strategic ambiguity” keeps open the question of whether it would intervene in the case of a military invasion by China.

Yet in these conflicted times, where assumptions – including my own – have been up-ended, it’s hard to even guess at the future.

Meanwhile in the UK, the few prominent voices for peace are mocked by the self appointed ‘adults in the room’:

This is beyond reprehensible. What is it about the far left and the far right that makes them such push overs when it comes to Russia and other autocracies? Is it stupidity, is it a blind hatred of western liberal democracy? Either way.. know it when you see it and fight it. https://t.co/PNMLw7XDL0

This being despite none other than Tony Blair, whose politics closely align with Farron’s, making almost identical arguments:

Wild that the people tearing their own hair out about Jeremy Corbyn calling for a negotiated peace in Ukraine were utterly silent about Blair saying the same thing. https://t.co/KbpxK0VsKy

It also ignores the fact that Blair himself has a long history of taking pro-Putin positions:

A periodic reminder that the former Labour leader with actual connections to Putin is Tony Blair, not Jeremy Corbyn. pic.twitter.com/6bDnBtD7u4

The potential for an escalation with China can’t be ignored. This is a historical moment, as Ukraine shows, when events can run away from us. The West’s large-scale material support of Ukraine suggests that it might be hard to do the same in Taiwan if it were invaded in terms of resources – and we can’t predict if the US and UK will open up a proxy war on that front too.

Given these tensions, prominent voices for peace are more important than ever. However, they are coming under increasing pressure from both out-and-out hawks and misguided centrists who are more concerned with attacking the Left than ending wars.