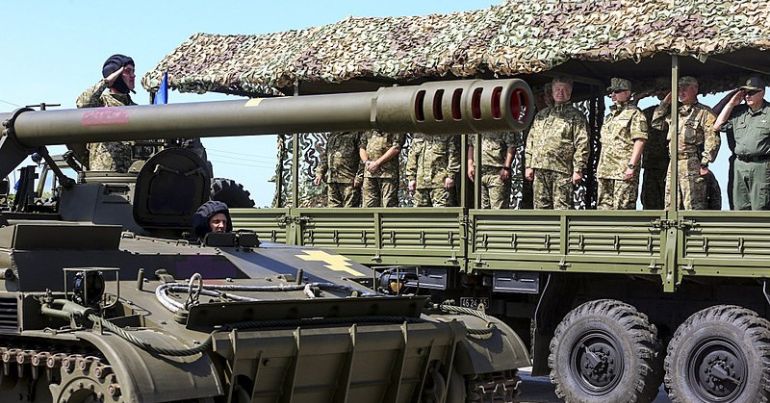 Amnesty International’s latest report on the Ukraine war has people baffled. The study contains details of how military equipment and troops were placed in built-up areas, leading to the endangerment and killing of civilians. The issue is that this was not by Russian forces, but by the Ukrainian military .

The reaction from supporters of Ukraine on social media have ranged from confusion to outright anger. They echo the response by supporters of Israel to criticism over the treatment of Palestinians. But, they say something much more profound too.

For many people war can be reduced to a sort of spectator sport, or a Hollywood narrative, in which there are good guys beyond reproach and bad guys who can only do evil. This is war through the eyes of the uninitiated.

Amnesty found that Ukrainian troops had been placed in urban zones, despite workable alternatives being available. This led to various incidents of civilian harm, including deaths.

Amnesty lists a number of examples and adds:

In the cases it documented, Amnesty International is not aware that the Ukrainian military who located themselves in civilian structures in residential areas asked or assisted civilians to evacuate nearby buildings – a failure to take all feasible precautions to protect civilians.

This seems pretty clear. Yet Amnesty’s new publication was greeted with an immediate backlash. In spite of what looks like some fairly straightforward reporting, some branded Amnesty International a “joke”:

Amnesty International is an absolute joke.

This is a photo of Russian soldiers unloading equipment into a hospital in Kherson.

These are the war criminals and Amnesty International
is complicit in the genocide of the Ukrainian people. pic.twitter.com/yZBOAm0Zzt

Other even suggested it was somehow Russian propaganda:

Pathetic. Amnesty International can go to hell for this garbage. Or go to Ukraine, which Putin's war is trying to turn into hell. As with their actions on Navalny, it reeks of Russian influence turning Kremlin propaganda into Amnesty statements. https://t.co/KOC0S0NJOt

The NGO was also accused of victim blaming over the report:

"Blame the victim" false equivalency reflects the moral void at the heart of @amnesty. It's a disgrace to people of conscience who value the protection of human rights. https://t.co/W49AnHeyl2

Yet the outrage did not reflect the content of the work. Which explained at some length the extent of Russian atrocities. For example, the authors wrote:

Many of the Russian strikes that Amnesty International documented in recent months were carried out with inherently indiscriminate weapons, including internationally banned cluster munitions, or with other explosive weapons with wide area effects. Others used guided weapons with varying levels of accuracy; in some cases, the weapons were precise enough to target specific objects.

The Ukrainian military’s practice of locating military objectives within populated areas does not in any way justify indiscriminate Russian attacks.

Amnesty correctly pointed out that “all parties” must “at all times”:

..distinguish between military objectives and civilian objects and take all feasible precautions, including in choice of weapons, to minimize civilian harm. Indiscriminate attacks which kill or injure civilians or damage civilian objects are war crimes.

Hardly the stuff of Russian propaganda. Unless you have an agenda of your own to market.

The outrage echoes another ongoing war. The one conducted by the state of Israel on the Palestinian people. In February 2022, Amnesty published a report on Israel’s apartheid regime. The NGO called it a “cruel system of domination and a crime against humanity”.

This position attracted backlash against Amnesty. The media largely “both-sidesed” the findings, as The Canary reported at the time. And the Ukraine report has quickly been used by supporters of Israel to attack Amnesty over its earlier findings on Israeli apartheid:

After Israel for ages alarmed the whole world that major international human rights organizations like @HRW and @amnesty are hijacked by hateful people with narratives that support dictatorships and weaponize human rights against democracies. So here is the recent example of it👇🏼 https://t.co/bLCHaZ3o5X

There were efforts to conflate the plight of Ukraine – a country which was actually invaded – with Israel, a country built through invading and colonising:

Amnesty International accuses Ukrainian army of violating humanitarian law in their fight against Russian invaders. Amnesty has shown with its’ demonisation of Israel it is incapable of differentiating between assailant and guardian. Reprehensible and unhelpful.

The narrative being pushed is of a once-serious human rights group which has succumbed to sinister anti-Israel and anti-Ukraine forces:

From accusing Israel of ‘apartheid’ to now making outrageous claims about Ukraine, it is so sad what has become of @amnesty, a once storied human rights organization, but now with compete credibility deficiency. cc. @AgnesCallamard pic.twitter.com/SzcEe9OCXW

Clearly some of the attacks are in bad faith. But a fanciful notion appears to underpin some of the response. That in war there are normally objectively good and bad sides, which the good side incapable of wrongdoing. This is not a view borne out by reality. In war, people are killed and property is destroyed by all sides, whatever their motivation. The fundamental anti-war position is that war, in and of itself, is terrible. And this is regardless of whether it is justified, which it may be in some cases.

It does not diminish the Ukrainian right to resist Russian invasion, or let Russia off the hook, to say that there must be care and accountability when it comes to civilian lives. Precisely as it is laid out in the Geneva Conventions and other laws pertaining to armed conflict.

Yet these widely known and well established rules seem to have been ignored in favour of a partisan approach. War is not sport, nor is it a blockbuster Hollywood plot line. And it should be in the interest of all parties that it is ended as soon as possible.