Awaab Ishak: RBH and its racism and classism killed the toddler 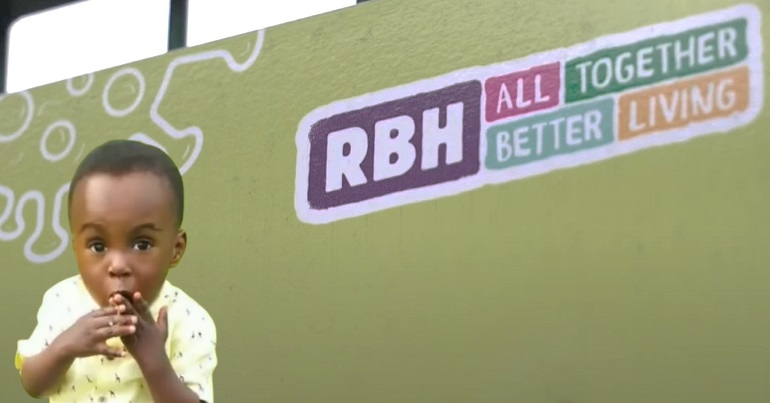 The housing association responsible for the death of two-year-old Awaab Ishak has admitted its staff made “assumptions” about his family’s “lifestyle” – but doesn’t have the guts to say it’s institutionally racist. But why would it, when the entire social housing sector is institutionally racist and classist, too?

As the Canary previously reported:

The coroner ruled that Awaab died due to mould exposure that RBH failed to deal with. The housing association repeatedly ignored Awaab’s family’s desperate pleas for help. Since the coroner’s verdict, RBH has sacked its boss after he refused to resign.

The bottom line is this housing association committed what some people are saying is corporate manslaughter against him. Yet even now, the organisation cannot admit its part of a system which is institutionally racist and classist.

RBH has said it will be taking action. It noted, like it and its staff don’t have access to the internet, that it:

will share what we have learnt about the impact to health of damp, condensation and mould with the social housing sector.

A cursory Google search could have told RBH how serious mould is for human health. RBH saying it has now learned about how mould impacts on health is bullshit – as it must have known already. However, and crucially, the organisation admitted it “made assumptions about ” Awaab’s family’s lifestyle”:

We did make assumptions about lifestyle and we accept that we got that wrong. We will be implementing further training across the whole organisation. We abhor racism in any shape or form and we know that we have a responsibility to all our communities.

“Assumptions” is one hell of a euphemism for what is deadly racism. Previously, in an interview with LBC, Awaab’s family’s barrister said that:

At first, Rochdale Boroughwide Housing said that [the cause of the mould] was due to the ritual bathing practices of the family, or the cooking practices that are common among some cultures, all with no evidence.

Describing a family washing itself as “ritual bathing” is blatant racism – as are RBH’s assertions about “cooking practices”. Of course, the coroner ruled that there was no evidence of “excessive behaviour,” as RBH alleged. However, RBH and its staffs’ assumptions about Awaab’s family based on their ethnicity – that is, RBH’s racism – is hardly uncommon.

In 2021, ITV News investigated racism in the social housing sector. One whistleblower from a London council housing department told it that “racism and prejudice towards tenants is rife”. ITV News noted that she said:

If you say their surname is Muhammad or Ali or something, they’ll straightaway assume they’re from a Muslim country. And so they say they should be grateful because ‘imagine what they’ve come from’.

We had a large number of African residents and we had a big meeting with them because they weren’t happy. And then when they were finished, all the managers were sitting around saying, ‘what are they complaining about, they’ve just come from huts’.

The racist, colonialist mindset is entrenched in British society – as the above comment around “huts” shows. However, the institutionalised racism seen in RBH and all other housing associations kills people. As the whistleblower told ITV News:

As soon as you hit the management level, you see racism spoken openly, whether it’s externally with the residents – they’ll make assumptions, they’ll make pre-judgments on people because of their race, their colour, their religion, their surname.

Again – note “assumptions” as a euphemism for ‘racism,’ racism which in Awaab’s case killed him. Of course, this is not news to social housing residents. However, as is often the case, it takes the corporate media getting involved for other people to actually listen to tenants.

Social housing: not fit for purpose

RBH has said that:

The problem is that millions of people who currently or historically have lived in damp or mouldy homes is not really the issue. First, like other public-facing organisations in the UK (and arguably wider society), housing associations are institutionally racist and classist. There are more Black and brown people living in social housing than there are white people. So, housing associations disproportionately expose Black and brown people to terrible social housing conditions.

Moreover, the social housing sector in the UK is not fit for purpose. It is profit-driven; companies and councils have hollowed out the quality and quantity of properties, and the whole industry is run by people who shouldn’t be in their jobs. Like every other sector in British life, social housing specifically targets Black and brown people at every turn. Racist and classist housing associations and their staff routinely treat residents like third-class citizens. They intentionally make tenants feel that they deserve no better than to eke out their existence in life-threatening squalor.

Social housing providers can metaphorically (and physically) paper over the cracks in their sector, but it won’t solve the underlying problems at the root of them. It is racism and classism that ultimately killed Awaab – but RBH and every other housing association bears responsibility.