The death of a toddler shouldn't be a 'learning experience' - Canary 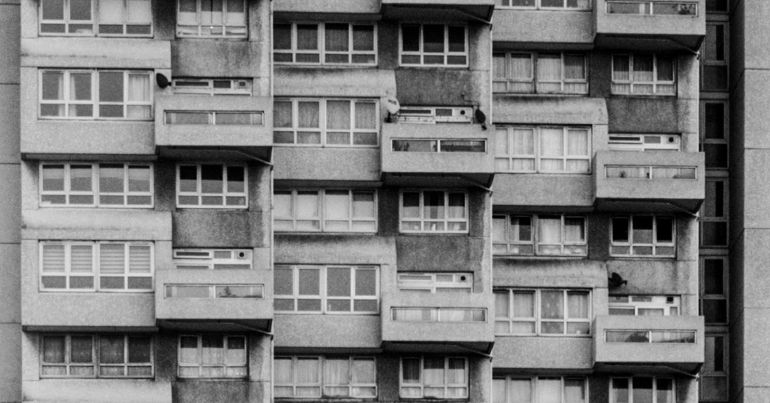 A post-mortem examination revealed fungus in the toddler’s blood and lungs.

Awaab Ishak died as a result of a severe respiratory condition caused due to prolonged exposure to mould in his home environment.

Action to treat and prevent the mould was not taken. His respiratory condition led to respiratory arrest.

Surveyor Daniel McVey, who inspected the property two days after Awaab’s death, told the court that it was unfit for human habitation. Despite this, RBH refused to rehouse Awaab’s family following his death. His mother was pregnant at the time.

It has been an honour representing Awaab’s family as their barrister.

Their home was, literally, unfit for human habitation – yet nothing was done.

The family’s call for better conditions for social housing tenants must not be ignored.

According to solicitors Kelly Darlington and Alice Wood, in the lead up to Awaab’s death, RBH suggested that his parents were responsible for the mould and damp in the flat due to their “lifestyle and bathing habits”. Highlighting the racist undertones of the association’s suggestions, Garden Court Chambers barrister Sonia Birdee tweeted:

Or in Awaab Ishak's case alleging 'ritual bathing' because there was a bucket in the bath!!!! and leaving it entirely to the tenant to address the problem. There were so many other terrible failings but it's time to call out the racism behind this approach.

A statement written by Awaab’s parents addressed RBH directly, and the family’s lawyers read it out:

Stop being racist. Stop providing unfair treatment to people coming from abroad who are refugees or asylum seekers. Stop housing people in homes you know are unfit for human habitation. We were left feeling absolutely worthless at the hands of RBH.

No justice, no accountability

At the inquest, RBH’s director of customer and community Nadia Khan said that Awaab’s preventable death has been a “big learning experience” for the association. Calling out this lacklustre response, social housing campaigner Kwajo Tweneboa tweeted:

Found with mould in his blood and lungs. Years of complaints from his parents and other professionals but ignored like hundreds of thousands across the country.

It's an absolute disgrace that the CEO of Rochdale Boroughwide Housing hasn't yet resigned over the death of Awaab Ishak.

But the buck doesn't just stop there. The Government that has failed to tackle these lethal housing conditions must go too.https://t.co/GK2PGZkbtJ

According to a statement by Greater Manchester Tenants Union, Swarbrick landed a £41,000 rise in pay between 2019 and 2021. Highlighting RBH’s unsafe and unjust practices, the union stated that the social housing association is leaving “hundreds of good homes empty for demolition”. Disgusted, the union shared:

The rot starts at the top. @garethswarbrick must go.

While Awaab's family were grieving, RBH bosses enjoyed massive pay hikes. Awaab and his family deserve justice. The credibility of RBH is gone.

We’ve seen this before

In a statement, Swarbrick said that Awaab’s death “should be a wake up call”. But social housing tenants, including Awaab’s family, have been sounding the alarm for years.

The circumstances surrounding Awaab’s death reflect those of the Grenfell Tower tenants. People living in Grenfell Tower repeatedly urged Kensington and Chelsea Tenant Management Organisation (KCTO) to take action to change their unsafe living conditions. KCTO and the local council ignored these calls, and failed to take action which could have prevented the fire killing 72 residents.

Grenfell United, a group of survivors and bereaved families from the Grenfell Tower fire, shared:

Another life lost due to complete disregard for resident safety. Our thoughts are with Awaab’s family at this difficult time. Things must change 🙏 https://t.co/rqQ8Bs7H8K

The government promised change in the wake of the Grenfell tragedy. However, it hasn’t enacted any recommendations made at the inquiry.

Furthermore, nine-year-old Ella died from asthma caused by the excessive air pollution in and around her Southeast London home in 2013. Her mother shared:

Speaking to @EveningStandard about this terribly tragic case. It is common place for respiratory consultants to write supporting letters to councils about rehousing their patients due to poor housing conditions impacting children’s health. https://t.co/MlBvKxKfcs

Ahead of the inquest into Awaab’s death, Manchester Evening News reported that a number of flats on the same estate also had significant damp and mould. RBH is responsible for all the flats on the Rochdale estate.

Landlords, councils and social housing associations are leaving families to languish in unsafe conditions up and down the country. Highlighting one case of many, Tweneboa tweeted:

Awaab is one example of many children forced to live in homes riddled with damp and mould. Forcing children aged 6,2 and 1 years old to live in conditions like this is cruel. Disgraceful from Wandsworth Council @Sarahcoconnell @JasonFarrellSky: https://t.co/aig93wjbqI

We find residents of Regina Road living in council flats described by @Shelter and others as the worst in Britain. Two independent investigations later concluded families were put in danger and the homes were unfit to live in 2/16 pic.twitter.com/8ie5WKGWWw

Reminding us of who is ultimately responsible for the proliferation of unsafe housing in Britain, Shivani Sharma tweeted:

A two year old boy, Awaab, has died in a home which wasn’t fit to live in.

In 2016, 309 Tory MPs voted against a law to make homes fit for human habitation because it would be ‘too costly’ for landlords.

This story is much bigger than Rochdale Boroughwide Housing. pic.twitter.com/zmimg183N2

We must see accountability at all levels for those responsible for the death of young Awaab. Now is the time for urgent action. It’s time to develop a housing sector that empowers communities, and ensures that every person can live in safety and dignity. This is the only way we will see an end to these unjust and preventable deaths.