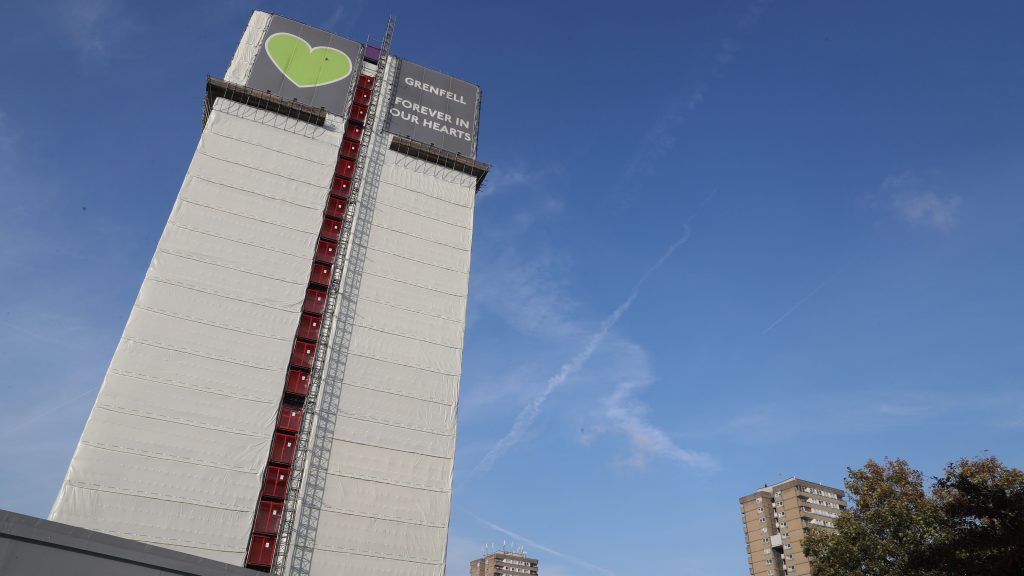 Lawyers representing the victims of the Grenfell Tower said a culture of carelessness led to the tragic 2017 blaze which claimed 72 lives.

Stephanie Barwise QC, who is representing a group of bereaved families, victims and local residents at the Grenfell Tower Inquiry, claimed professionals responsible for the cladding did not look at existing guidance and regulations for fire safety.

She said that while the inquiry often heard professionals use “a lack of clarity in regulations” as a line of defence, that argument is “flawed”.

Barwise argued that the two main documents used to gauge fire safety are flawed but were “cleared to produce a satisfactory outcome” by expert witnesses Paul Hyett and Professor Jose Torero Cullen.

Speaking at the Grenfell Tower Inquiry, she said in a closing statement on Monday:

The non-compliance of the Grenfell facade was not caused by a lack of clarity and the guidance, since the designers and contractors were generally not conversant with it.

None of the designers or contractors can say with any credibility they were not warned.

Barwise added that evidence showed contractors and designers knew they were dealing with materials which contained a plastic.

Most school children know that plastic melts when heated. No credence should be given to contractors and designers who claim ignorance.

Despite being a legacy, and very high profile project for the Royal Borough of Kensington Chelsea (RBKC), and the only building it had ever over clad, the refurbishment of Grenfell was hastily conceived by an inept design team with a hapless lead consultant, Studio E, inexperienced in high rise and cladding projects.

Speaking on behalf of the Fire Brigades Union (FBU), Martin Seaward QC added that a culture of deregulation is also to blame for the lack of caution exercised.

Enforcement measures were inadequate, as has been rightly admitted by the Royal Borough of Kensington and Chelsea, in respect to building control.

Mistakes were made, as has been rightly admitted by the Local Authority Building Control (LABC). The construction industry cannot be trusted to regulate itself, because ultimately, the profit motive prevails over safety and quality.

The Fire Brigades Union (FBU) submits that this is the natural result of central government’s deregulatory agenda, which has publicly and we say recklessly, demeaned health and safety on the principle the business interest should not be fettered.

He said that a culture of profit allowed players in the industry to cut corners, including not reading important guidance such as Part B of the building regulations in England, which deals with fire safety matters within and around buildings.

Most of the players in module one had often not even read Part B of the building regulations or ADB at all, or only given it cursory attention and lacked an understanding of its most basic concepts.

The products used in the cladding system were chosen seemingly without any certainty, without any proper consideration of compliance with the building regulations nor of their fire performance.

One is left asking, did any of the design team read ADB 2013 and BR 135 and apply them to the proposed refurbishment before construction began? None of the architects, fire engineers or cladding specialists did.”

A quick squint at the test route option and BR 135 would have warned them of the dangers of combustible material on high rises.

BR 135 is a criteria used to assess the fire performance of cladding systems.

ADB is an official guide to building regulations. The Government made amends to it in the wake of Grenfell to clarify the requirements which would resist fire spread.

Barwise also urged the panel to be firm with the industry when making its recommendations and suggesting a ban on non-combustible materials.

It may be that the only safe, short-term solution is to resort to a prescriptive approach whereby predominantly only non-combustible materials can be used.

This is not a viable long-term solution, but given the current lack of competence across certain sectors of industry established in module one, there may be no other choice.

She also called the manufacturers’ and certifiers’ behaviours throughout the hearing an “affront to the dead”.

The manufacturers’ and certifiers’ contemporaneous behaviours are now exacerbated by their lack of candour and ability to reflect fully on their behaviour.

The otherwise widespread lack of candour is an affront to the dead, the bereaved, and the former residents of Grenfell.