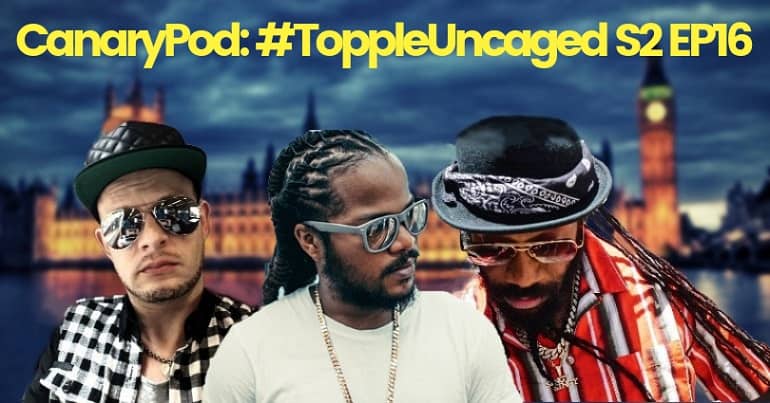 You’ll get my quick-fire round-up of the news in Topple’s Twittering. Then, I’ll be going in on a story or campaign you may have missed, with a very special guest, on Free Flying With… After that, you get to have your say on the week’s talking points in Twitter Chirps Back. And finally, I’ll be bringing you the freshest, most banging political music in Revolutionary Bird Song.

We are horrified to learn that @Samaritans has "partnered" with Paddy Power Betfair (a.k.a. Flutter).

This is disgraceful! Companies like PPB actively encourage problem gambling – one of the reasons people call Samaritans in despair.https://t.co/HxV9l298bi pic.twitter.com/tzwKWxKgoy

Children are living in shipping containers and going to school hungry.

The Conservatives are failing a whole generation.https://t.co/3PBxp3uTbE

We discussed plans to improve hospital food for patients, staff and visitors. pic.twitter.com/29BxptQuno

Take a look at Pauze Radio‘s bio of Fyakin.

Listen to my full interview with Fyakin.

WELL? #AmazonFire? #Pensions? #Greenland?
REPLY TO THIS TWEET & I'LL READ THEM OUT ON SUNDAY⬇️RT PLS pic.twitter.com/KbjjP88Li7

Listen to my full interview with Riley.

Running the World by Jarvis Cocker via revisionartemas