Humans have taken over social media in support of animals - Canary 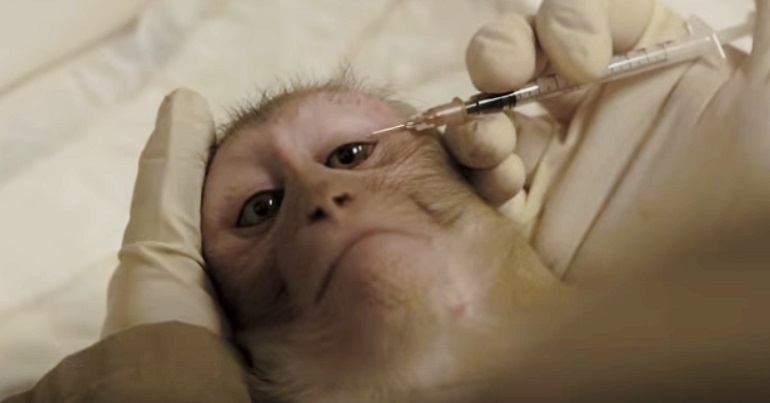 WARNING: THIS ARTICLE CONTAINS CONTENT WHICH MAY UPSET THE READER

Tuesday 24 April is ‘World Day for Animals in Laboratories’, to raise awareness of animals being used across the planet in experiments and tests. So, their human supporters have been speaking out on social media.

This is despite the UK government claiming that:

Our regulations ensure that animals are used in scientific procedures only when there’s no validated alternative and when the potential benefits outweigh the harms.

So, people from the UK and around the world have been voicing their opposition to animal experiments:

Today is #WorldDayForAnimalsInLaboratories
Please spare a thought for the millions of animals that are cruelly tested , tortured and killed in laboratories.
At least 115 million animals are used in experiments worldwide each year, including more than 4 million in the UK.#WDAIL pic.twitter.com/AgDbZVtdVX

In the UK in 2016 almost 700,000 animals were subjected to experiments that even the researchers considered had caused them moderate or severe suffering. #WorldDayforAnimalsinLaboratories #WDAIL pic.twitter.com/gzvJM3NIt7

The group Naturewatch pointed out something many of us may not know:

TODAY IS #WorldDayForAnimalsInLaboratories
SC Johnson own many animal tested brands, but a clean start could arise from this dirty mess. Send a message to Ecover and Method. Urge them to use their power to make SC Johnson cruelty-free.
TAKE ACTION…https://t.co/namW7RdZpE pic.twitter.com/Ukx9cD9Hvh

Today, 10,000+ animals will be used in research in the UK. Help us fund research to replace them:https://t.co/zggzHOq5t7#WDAIL #WorldDayForAnimalsInLaboratories #animalfreeresearch pic.twitter.com/JsxlS1KiMq

And the RSPCA did a live question and answer session on Facebook to mark the day:

Tomorrow is World Day for Animals in Laboratories 🐁 Join our Research Animal Department team on Facebook https://t.co/t66MDCrz5f for a live Q&A on this issue from 12.30 to 1.30pm, and get all your questions answered #WDAIL pic.twitter.com/yMKkqwsOKb

The reality behind the tweets is disturbing. The video below, from a laboratory in France, contains graphic content some readers may find upsetting:

The outspoken campaign group People for the Ethical Treatment of Animals (PETA) says:

Animals feel pain and fear, just as we do, and their overwhelming natural instincts – like ours – are to be free and to protect their own lives, not to be locked in a small cage inside a laboratory.

The use of animals in experiments is an archaic and brutal practice unfitting of the century we live in. But when a society allows homeless people to die on the streets, it’s little wonder our respect for animals is so low.