Our schools are in crisis, but the Tories have found £200m to fund grammar schools - Canary Workers’ Co-op 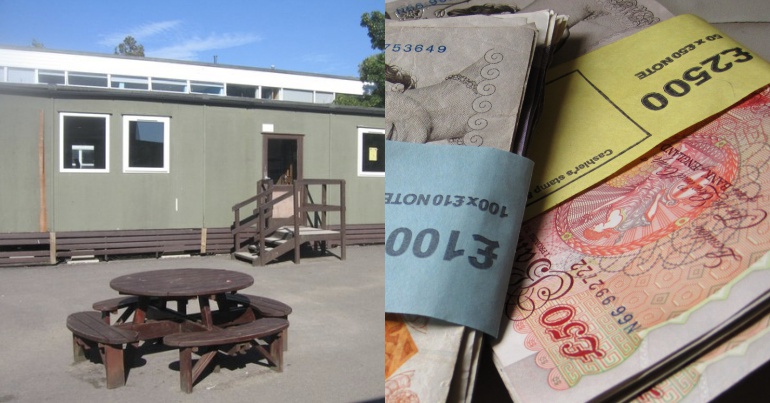 Schools across the UK are cash-strapped, and ongoing education cuts have left many teachers feeling broken. But on 11 May, education secretary Damian Hinds announced a £200m fund to expand grammar schools in the UK.

A new Selective School Expansion Fund will be allocated £50 million for 2018-19, with details of the remaining £150 million to be announced later.

However, several academic studies have shown that selective education offers little benefit to pupils. And the final twist of the knife is that schools are at breaking point as a result of the crisis caused by consistent Conservative education cuts. These schools already need to find an extra £3bn of savings by 2019/20. And according to the School Cuts website, primary schools face an average cut of £45,400, which rises to £185,200 for secondary schools.

The Tories continued obsession with grammar schools will do nothing for the vast majority of children. It is absurd for ministers to push ahead with plans to expand them when the evidence is clear they do nothing to improve social mobility. https://t.co/jLLB4yFJdc

160 selective grammar schools are getting a funding increase, whilst most schools in the rest of the country face cuts. Selection only widens the social mobility gap. Give ALL schools the funding they need to give EVERY child a brilliant education. https://t.co/8hzIdCCc9b

And the National Association of Head Teachers said it was a “misguided policy”:

"The Government cannot point to a single piece of evidence that shows strong educational benefit of this misguided policy" @nick_brook as Grammar schools given £50m to expand: https://t.co/dgBjuXjTkt

Others, meanwhile, called it “appalling”, and “insulting and ludicrous”:

This would be fine… IF state schools weren't losing staff and class sizes weren't growing.
This Government gives MORE to those who have it and less to those who need it.https://t.co/aigrQEg8mO

The Tories are ploughing £50 million in to Grammar schools while teachers are having to use their wages to buy exercise books and pencils, and parents are are having to fund vital equipment, all because of their massive cuts to the schools budget. Insulting and ludicrous.

Grammar schools have been a ‘political football’ for years. Labour started phasing them out in 1965. In 1998, under Tony Blair, Labour banned creating any new grammar schools. Then, in 2016, May used her first major domestic speech as prime minister to announce a move to end this ban. This formed a key part of the Conservative manifesto in 2017. But it was dropped when the Conservatives failed to secure an overall majority.

However, additional funding “for the expansion of existing grammar schools” was included in the 2016 autumn budget. This was the same year that reports of a funding analysis from the National Audit Office (NAO) warned that schools “face 8% budget cuts and about 60% of secondary schools already have deficits”.

Department for Education: Hey, Prime Minister, great news, we found £50 million for education! Shall we send it to struggling state schools, or to SEND?

May: No, give it to the Grammar Schools.

Give £50 million to grammar schools#ToriesThemOrUs

This week the Guardian reported on children of people applying for refuge in the UK being denied free school meals due to NRPF and schools taking money from teaching budgets to cover it.

Today we have a £50m grammar schools fund created.

This latest move sums up everything that’s wrong with this Tory government. Millions battle daily with the impact of austerity, stagnant wages, and cuts to benefits, because apparently there is ‘no money’. But when they want to, it seems the Tories can find yet another ‘magic money tree’. And this one is nothing short of ludicrous.

All schools need proper funding, and they need it now.

Featured images via Given Up – Geograph and Images Money – Flickr