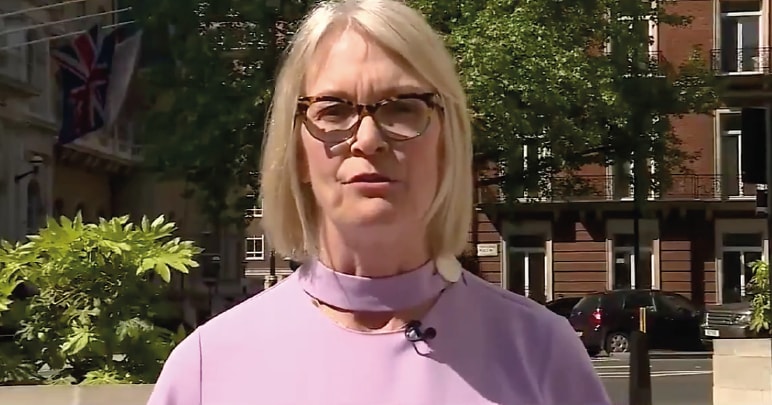 Margot James is the digital minister. On 20 May, she appeared on Ridge on Sunday to discuss plans for social media companies to tackle online abuse. Her lack of clarity on what will and will not constitute ‘abuse’ has raised concern, though. Especially given the Conservatives’ track record for making up rules to suit them.

It’s not just of parliamentarians, it’s any woman in public life, and some of our famous broadcasters have had the most terrible abuse online which is completely unacceptable – if it’s not illegal it should be and I think some of it is.

Online abuse does disproportionately affect women, but James suggests it’s only women in ‘public life’. This is far from the case, and it can affect anyone – although especially marginalised groups. As such, anyone who only mentions its impact on politicians and the media should be treated with caution.

James’ next point, however, is partially a fair one:

it shouldn’t be up to the taxpayer to fund all of the mechanisms by which this content is removed which is currently the case, it should be up to the platforms themselves.

It’s unclear what she means when claiming taxpayers fund “all of the mechanisms by which this content is removed”, though. It would cost the UK if the police became involved, and the government does fund programmes that tackle online abuse. but instances in which flagged abuse is dealt with internally by Facebook or Twitter shouldn’t cost us anything.

The part that’s troubled people most is when James said:

we are going to expect companies to take this stuff down immediately – no questions asked.

People questioned the Tories’ ability to fairly decide what is or is not abuse:

But who decides what is abusive and what is legitimate critique ?

James was asked what will happen if these companies don’t comply. She said the government may introduce:

measures that we will put into law to oblige companies to take content down, and obviously there will have to be consequences for them to face, if indeed they don’t comply.

When asked what the consequences might be, James replied:

in the data protection legislation… there is the capacity for the information commissioner to fine companies up to 4% of their global turnover. We would envision something similar in this area. Obviously that would be a cap… and there would be a scale of other deterrants on route to that.

But the government has struggled to force social media companies to pay what they owe in taxes, or even take the UK seriously. That’s obviously a bad thing. It does though show the problem in expecting private companies to keep users safe. Monopolies often choose profit over safety.

The Conservatives have a terrible track record of making policy to benefit themselves. They’re also known for pursuing the benefits of the few over the benefits of the many. And in this case their focus appears to be on abuse that affects those in ‘public life’.

It’s important that the government is watched closely on this. James claims “we have developed a voluntary code of conduct”. But let’s not forget, this is the same party who recently turned a blind eye as one of its MPs took to social media to call a teenager he didn’t like a “twat” and a “snowflake”.