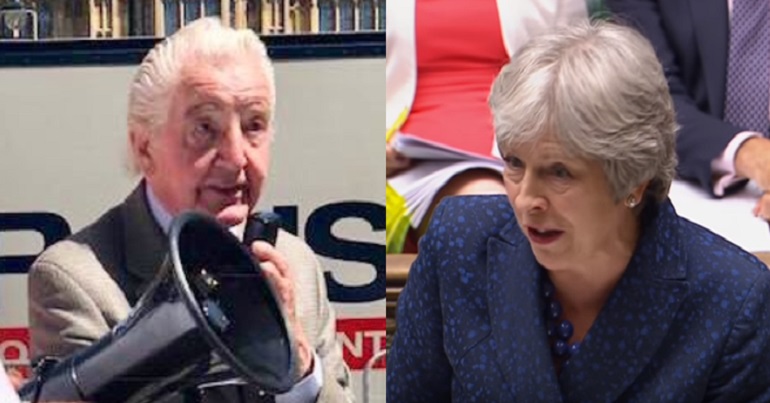 Questions weren’t only being asked of the government during Prime Minister’s Questions (PMQs) on Wednesday 6 June. Because a protest was occurring outside parliament at the same time; a protest from campaigners who’ve been fighting for justice for over 20 years. And now, they’ve brought their battle to the heart of our democracy.

On Wednesday 6 June, a rally was held outside parliament for the UK’s former miners. Organised by the UK Miners Pension Scheme Association (UMPSA), it highlighted the ongoing controversy over the pensions of former mine workers. So far, the government has failed [pdf, p23-24] to act over what one miner referred to as being “financially penalised all the way to the grave”. This is because successive governments have funnelled money – to the tune of around £8bn [pdf, p10] – out of the scheme, while leaving many miners destitute.

So former miners and their supporters came right to the doors of parliament.

Campaigning lawyer Peter Stefanovic and Labour MPs Chris Williamson and Dennis Skinner joined former miners and their families. They were raising awareness of the pensions scandal: 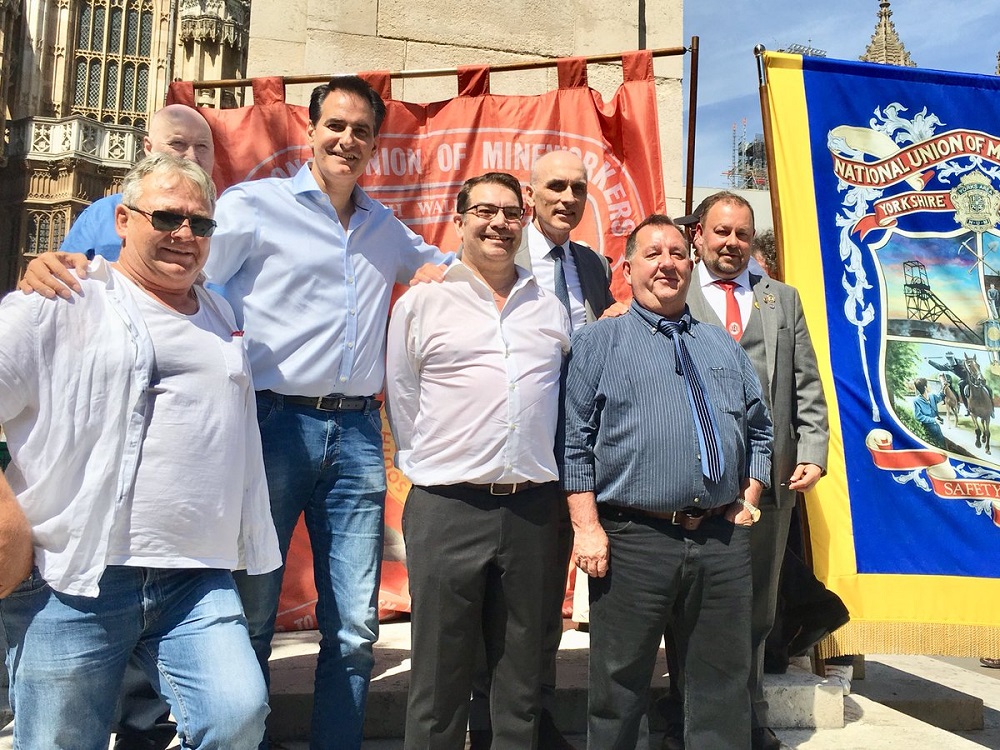 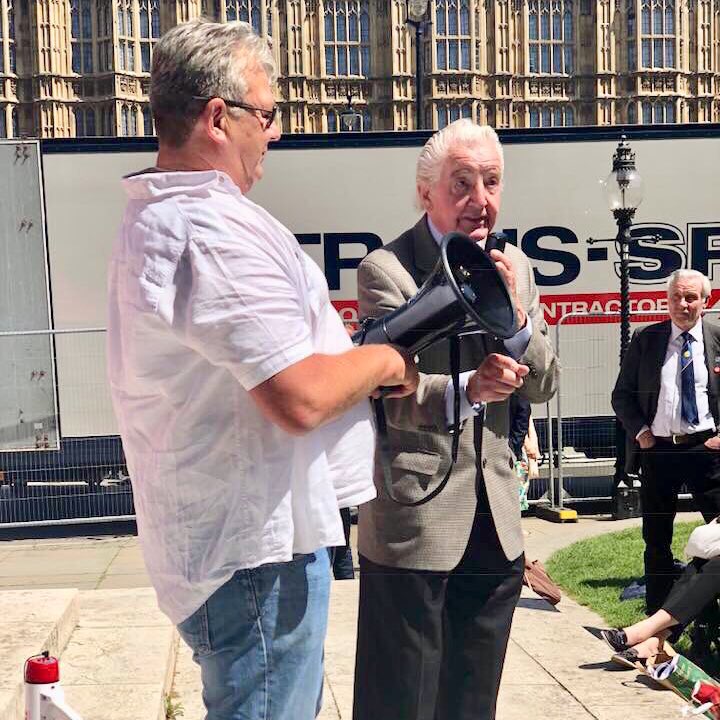 Thanks for your support for #MinersPensionTheft @PeterStefanovi2 Miners wives and Daughters out in #London today pic.twitter.com/XjBE05u96l

Along with Skinner and Stefanovic, Williamson spoke at the rally:

Not content with destroying the coal mining industry and decimating coalfield communities, the govt's been raiding the Mineworkers' Pension Scheme too! Here's an extract of my speech at a rally outside Parliament yesterday at which Dennis Skinner and @PeterStefanovi2 also spoke. pic.twitter.com/nOiAGXi4cL

Since I spoke for our miners in Liverpool in 2016 more than 10,000 have died from chronic ill health…

Just imagine you agree to pay your insurer a premium of £200. Then you discover they’ve taken £800 from your account. They plan to take more, and when you complain they tell you to just sod off! Then imagine the £200 is £2bn, the £800 is £8bn – and you’ve got the basics of the injustice behind miners pension scandal. We’re talking daylight robbery on an almost unimaginable scale.

Justice mandates that this daylight robbery has to stop, these brave men and their families should be given back the money taken from their pension fund beyond what the government originally expected and when the existing arrangement ends an alternative, fairer scheme should be implemented… The time for talking is past, it’s time to do what’s right for these brave men who’ve sacrificed so much for this country.

As The Canary previously reported, the miners took well-documented industrial action against Thatcher’s Conservative government in 1984/85. But how the Treasury has run the miners’ pension scheme is less well-known.

When the then Conservative government privatised [pdf, p1] British Coal on 1 January 1995, it agreed to protect the miners’ pensions by underwriting them. The schemes would track the rate of inflation, and rise accordingly. In return, the Treasury would take half of any extra cash that was generated (surplus).

In 2003, a miner’s pension was worth around £41.50 a week, although some older men got as little as £10 a week. In contrast, the assets of the two funds at the time were around £20bn. By June 2016, successive governments had made nearly [pdf, p10] £8bn from the miners’ pensions. But as The Canary previously reported, the government made this money using an economic sleight of hand. Essentially, it was making [paywall] its own ‘guesstimates’ about by how much the pensions funds should be in surplus and then pocketing it accordingly.

The miners: not taking any more

To add insult to the miners’ injury, the government has not had to pay a penny into their pension funds to draw the £8bn out. Sadly, it has been nearly two years since The Canary reported on the miners’ plight. In that time, very little has changed. But with the miners’ stepping up their campaigning, they may soon force the government to listen.