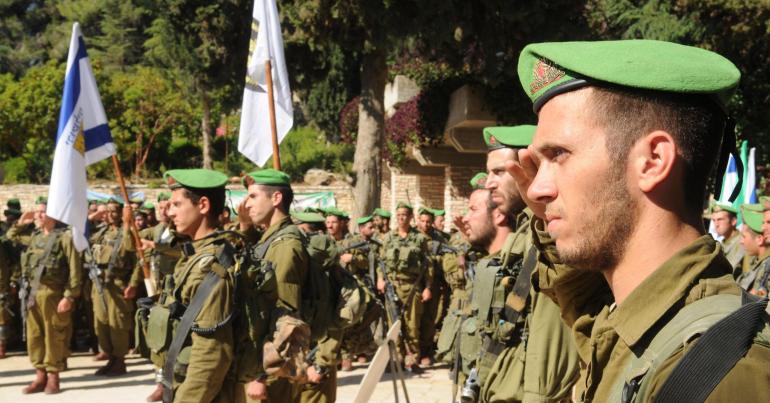 A series of tweets from the Israeli Defense Forces (IDF) account have been met with shock. Because they destroy one of the biggest myths about Israel and Palestine, by showing how uneven the conflict truly is.

Israeli leader Benjamin Netanyahu visited the UK for talks with Theresa May 6 June. Meanwhile, a familiar story played out in the Palestinian territories.

The day Netanyahu touched down in Britain, the IDF posted a tweet saying a Palestinian had hurled a “large rock” at its armed troops. What came next is a damning indictment of the policies the UK continues to legitimise.

The IDF released the following tweets on 6 June:

The rock was hurled during a riot, which more than 10 Palestinians instigated. IDF troops responded with riot dispersal means

It claimed a “riot” was instigated by more than 10 Palestinians and a single rock was flung, leading to the IDF using “riot dispersal means”. It then described how the group “flanked the soldiers”:

One of the Palestinians flanked the troops and hurled the rock, striking a soldier's head

In response, an IDF troop fired on the “suspect”. The Palestinian died of their wounds:

In response, the soldier who was hit by the rock fired towards the suspect, who was injured & given medical treatment at the scene. Despite this, the suspect died. No IDF troops were injured. The incident is being examined

The IDF was recently described by the Israeli defense minister Avigdor Liberman as the “most moral army in the world”. During his visit to the UK, Netanyahu claimed his government was doing “everything we can” to avoid civilian casualties.

There was outrage in response to the story told by the IDF. US journalist Max Blumenthal highlighted the vast disparity in military might:

This apartheid army needs $4 billion a year from American taxpayers to stop large rocks and flying kites fired by the caged natives it colonizes and kills https://t.co/EIlq6ZyETv

Right so the sentence for rock throwing now is the immediate death penalty without trial. #IsraeliJustice #BDS

The Israeli parliament voted to increase prison sentences for stone throwing in 2015. It also voted to allow the use of sniper fire at stone throwers even if an officer’s life isn’t at imminent risk.

At least 124 Palestinians have been killed in Gaza since the March of Great Return protests began 30 March. Yet UK arms sales to Israel continue. Campaigners recently exposed that the UK government approved £221m worth of arms sales to Israel in 2017. In Westminster, both the Labour Party and the Green Party have questioned the UK’s response to Israel’s violence.

In Scotland, the SNP passed a motion of solidarity with those in Gaza at their conference on 8 June, opposing the ongoing arms sales. But Scotland’s largest local authority, the SNP-led Glasgow City Council, has continued to support an arms fair set to be held in the city showcasing Israeli military goods used to blockade Gaza. SNP members and grassroots groups have spoken out against the decision.

Theresa May did raise concerns about Israel’s violence during Netanyahu’s visit. But that is far from taking action.

This conflict [paywall] is one of the longest-running in the world and it’s clear things are not improving. Meanwhile, the gap between the capabilities of the two sides is only widening.

If the UK is serious about wanting to set an example on the world stage it must halt military sales with Israel. We must stop legitimising those responsible for these atrocities. Our government must not only question, but act.

– Join the protest at the arms fair in Glasgow