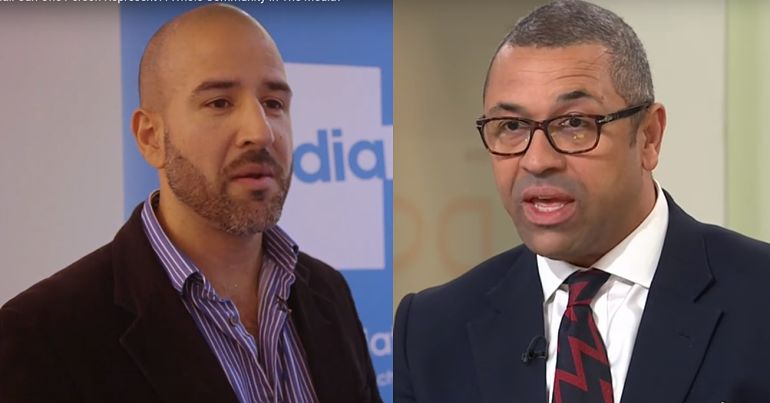 Where's the inquiry into Tory Islamophobia that Muslim groups are asking for? You only care about anti-Semitism? Or just way to score some points? https://t.co/IKBxzieYO1

How has the Labour Party let it come to this? Sad and shocking in equal measure. https://t.co/IrZYBJtFg2

Yet Hundal highlighted the Conservative Party’s continued refusal to hold an inquiry into Islamophobia in the party. And this is despite numerous occasions when its members have been Islamophobic in their behaviour. Hundal concluded that either the Conservatives only care about antisemitism or they’re just using it as a means to score political points:

Where's the inquiry into Tory Islamophobia that Muslim groups are asking for? You only care about anti-Semitism? Or just way to score some points? https://t.co/IKBxzieYO1

Cleverly responded by defending his party’s “strict code of conduct”:

We have taken action on this, we have a strict code on conduct which we enforce, we’ve suspected & expelled a number of people for anti Islamic racism. https://t.co/OWfutpU0Yx

But people on social media were quick to cite examples of where the Conservative Party’s ‘strict code of conduct’ has been ignored:

And yes, what about Fabricant?

Tory MP Michael Fabricant tweeted a disgustingly Islamophobic image of an inflatable pig having sex with London mayor Sadiq Khan. He issued a weak apology, stating it was a mistake. But former co-chair of the Conservative Party Sayeeda Warsi’s response says it all:

And on and on it goes ??‍♀️
There will be an inquiry- it’s only a question of time.
The problem in my party is too widespread for there not to be.
The question is how much damage we will do to our reputation in the meantime as we drag our feet @Conservatives https://t.co/NYTz0dwIzX

Fabricant is still a Conservative MP.

And his case is far from an isolated incident:

And Bob Blackman, Bob Frost, and Craig Hoyland? It seems many of us have been ignored when emailing the chairman who wants to “stamp out anti-Muslim abuse” ??‍♀️

Tory MP Bob Blackman remains in office despite a string of Islamophobia allegations. As Vice reported:

Blackman shared an article from a US anti-Muslim website called Hardcore News USA.

And he hosted an Indian Hindu nationalist who has displayed extremely Islamophobic views.

It’s no wonder Warsi is calling for an inquiry into Islamophobia within the party.

Antisemitism is a serious problem in Labour and across the political spectrum, as Jeremy Corbyn acknowledges. He has said:

There is no place for anti-semitism or any form of racism in the Labour party, or anywhere in society, and we will make sure that our party is a welcoming home to members of all communities

Labour has adopted a new code of conduct on the issue. Writing in the Guardian, honorary fellow of the Parkes Institute for the Study of Jewish/Non-Jewish Relations at the University of Southampton Brian Klug argued that this code of conduct actually “enhances” the International Holocaust Remembrance Alliance’s definition of antisemitism.

And Corbyn continues to call out antisemitism:

I’m appalled to hear of the arson attack on Exeter Synagogue as the Jewish community marked Tisha B’Av.

This is an assault on our citizens and our country’s values. My thoughts and solidarity are with Exeter’s Jewish community.https://t.co/rV97Kuj5ON

In doing so, he’s staying true to his parliamentary record:

Jeremy Corbyn's 25 year Parliamentary Record of fighting to defeat antisemitism. The facts the BBC will never, ever, tell you. pic.twitter.com/V4E3PmSdCh

Yet the Conservatives continue to ignore Islamophobia within their own party. So Hundal argued that, when high-profile Tory MPs like Cleverly attack Labour, it “smacks of hypocrisy”:

But you are ignoring the demand for an inquiry by Muslims, by claiming you've done enough, while simultaneously attacking Labour for ignoring British Jews?
Smacks of hypocrisy and opportunism to me. https://t.co/fEj6lkIlOk

It’s almost as if they only care about racism when it will score them political points.