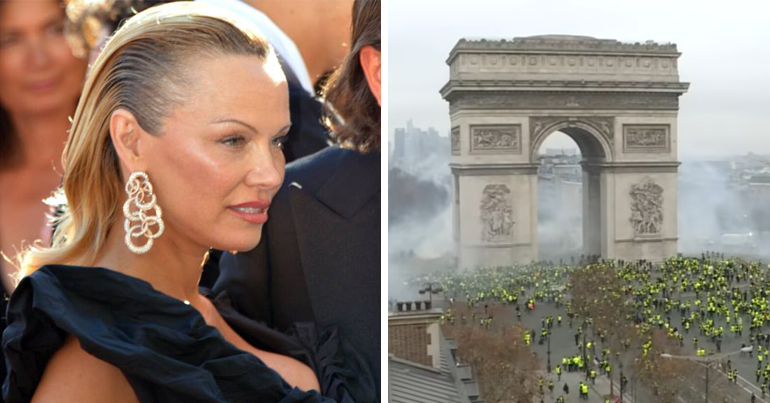 Pamela Anderson waded into the Twitter conversation about the ‘gilets jaunes’ (yellow vests) protests that have swept France. And the outcome is not what everyone expected.

The yellow vests protests made international headlines on 1 December when thousands of people took to the streets of Paris. However, anger at the French state led to widespread property destruction and street battles with the police. As a result, French president Emmanuel Macron agreed to meet the yellow vests’ original demand of putting a stop to a tax on fuel; although this appears to have been too little too late for Macron.

Opinions on the protests have since come from across the public arena. But actor and model Pamela Anderson tweeted one of the most insightful views on the situation.

‘Where did it come from?’

Anderson, who lives in France, began by questioning what led to the yellow vests movement and its protests:

I despise violence…but what is the violence of all these people and burned luxurious cars, compared to the structural violence of the French -and global – elites?

She then echoed situationist Guy Debord in urging us not to become distracted by the spectacle of riots when drilling down into the protests:

And she continued by providing an answer that firmly placed the burden on politics and structural inequality: 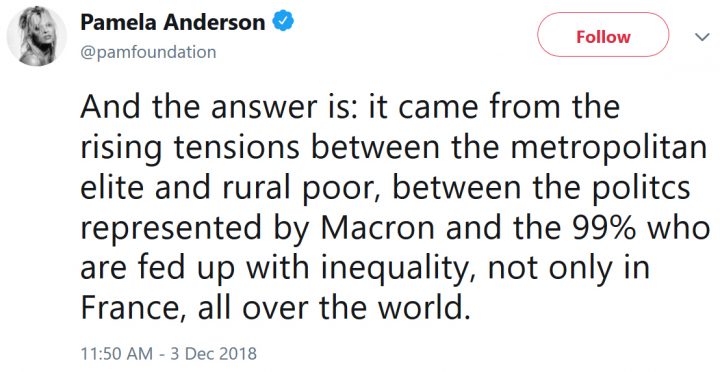 She finished by asking what comes next, in a statement that parallels concerns aired by Slovenian philosopher Slavoj Žižek: 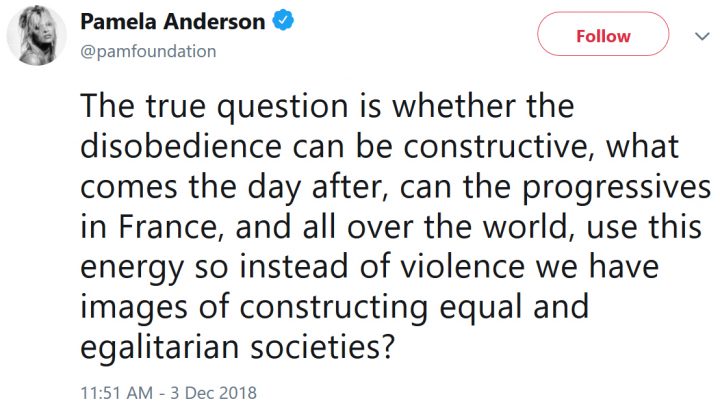 Public responses to Anderson’s thoughts were overwhelmingly positive, with many appreciating her support for France’s working class: 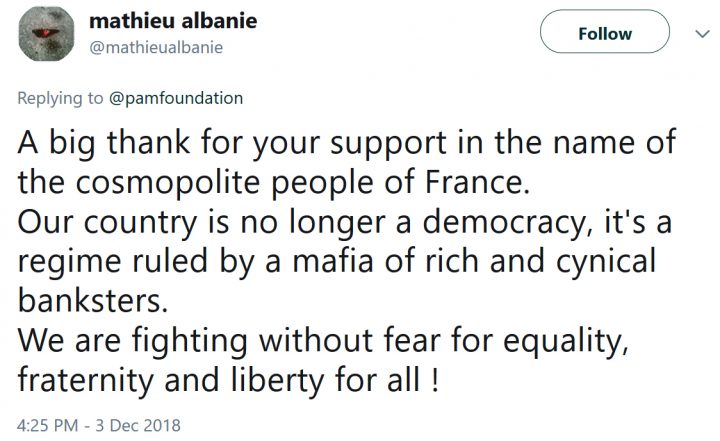 Others, meanwhile, celebrated Anderson’s tweets as the words of a radical: 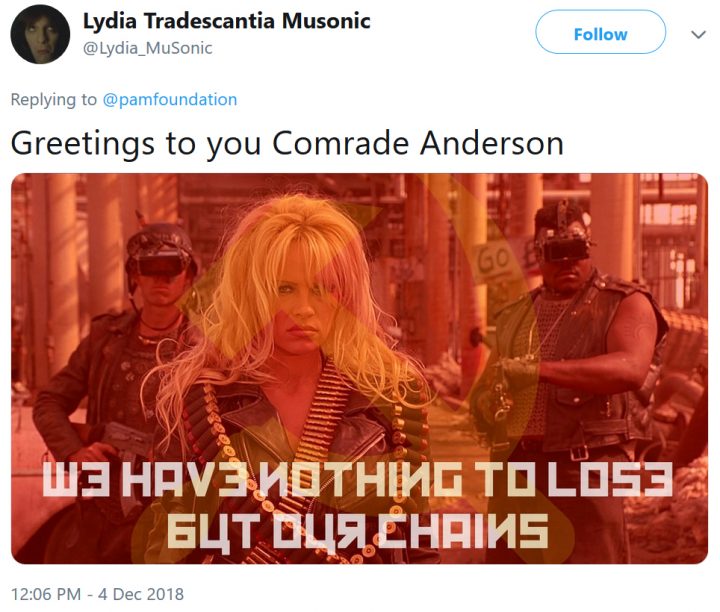 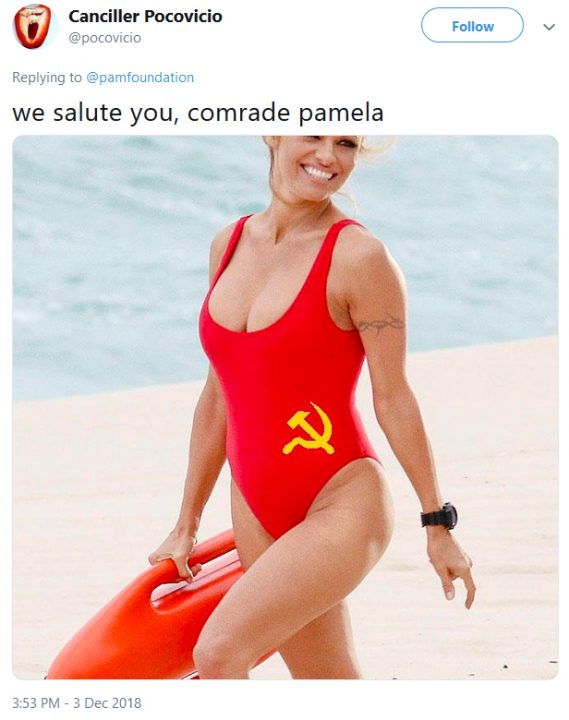 Some expressed surprise at her political insight: 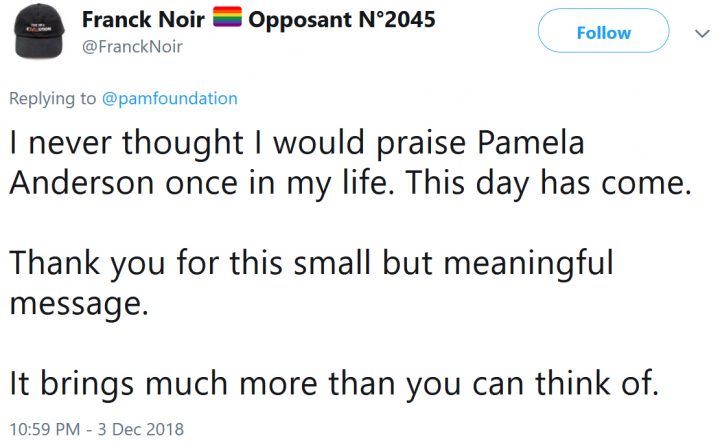 But one man felt Anderson’s role in Baywatch discredited her politics: 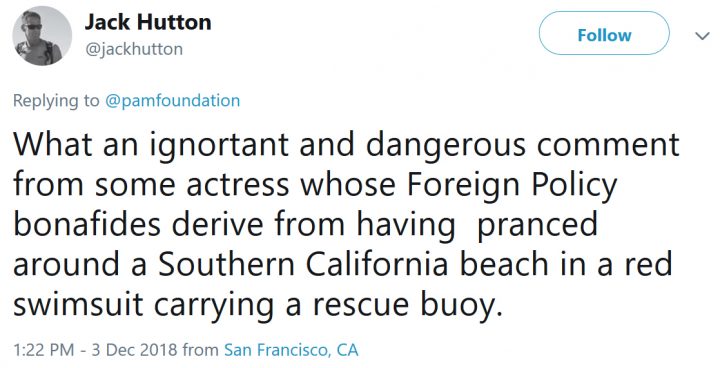 A history of politics

Anderson’s most famous moments have been as a TV and film star. But she’s long been involved with political and social movements.

The actor is well known as a vegan and animal rights advocate. But she also visited the Calais migrant camp in May 2017, before it was destroyed, to help cook and serve food. And she’s come out as a close friend and vocal supporter of Julian Assange. On the other hand, she faced accusations of victim-blaming during the height of the Weinstein scandal.

Her most recent comments about the yellow-vest protests, though, seem to have brought her to a whole new audience. And that’s not surprising. While most ‘celebrities’ and public figures have remained silent on the matter, Anderson spoke up, and her take was refreshingly bold.