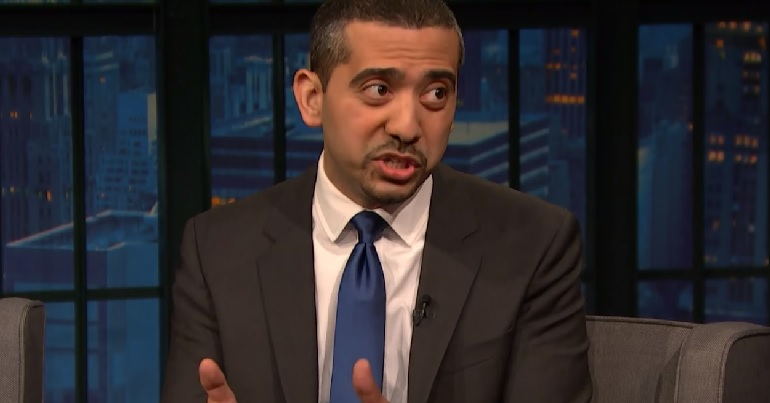 Journalist Mehdi Hasan has nailed exactly how the media is currently letting us down, and how it needs to improve.

Journalism is supposed to be the first draft of history. But we need to give it to you full – warts and all… Yes, we should respect the dead… but also, we should respect facts, history, what actually happened… Otherwise, the country’s screwed.

And as he said of Bush:

The mainstream media’s shameless fawning over a “war criminal”

As The Canary previously reported, many people have called Bush a “war criminal”. And indeed, he was responsible for:

You wouldn’t see much of that in the mainstream media, though. As OffGuardian insisted, “The Guardian’s Bush obituary plumbs new depths of sycophantic hypocrisy”. And as award-winning journalist Glenn Greenwald said of CNN:

As @mehdirhasan & others point out how US media acted like State TV or best friends of the Bush family at a private wake – in the process spouting full-on propaganda and distortions of history – CNN's media analsyst @wjcarter says it was the right thing to https://t.co/80ToEBK8TL

The article Greenwald refers to claimed Bush was “the kind of wholesome, uncontroversial figure most people would say they want in a national leader”, and suggested that media whitewashing was actually “a fine thing”.

Other people were also “fed up” of the media’s failure to “respect facts, history, what actually happened” (as Hasan said):

Maybe normal people are just fed up with journalists who fetishize access and revise someone’s record to whitewash them because they were personally nice to them in line once at Wendy’s while they were waiting for a Frosty.

Puke inducing is what it is. Gloriously, though, people are pushing back on the establishment narrative. A lot of the public fell for the War McCain twat fest but the Papa Bush whitewash job is proving a harder sell. And the media wonders why no one believes a shill word they say

People’s anger is totally justified. Because journalism should be about telling us the whole truth – not about sucking up to the powerful. But today, that kind of journalism is in short supply – especially in the mainstream media.

We must demand better. And we must support journalists who aren’t afraid to do their job.