Things are going from bad to worse for Toby Young. Ah well. - Canary 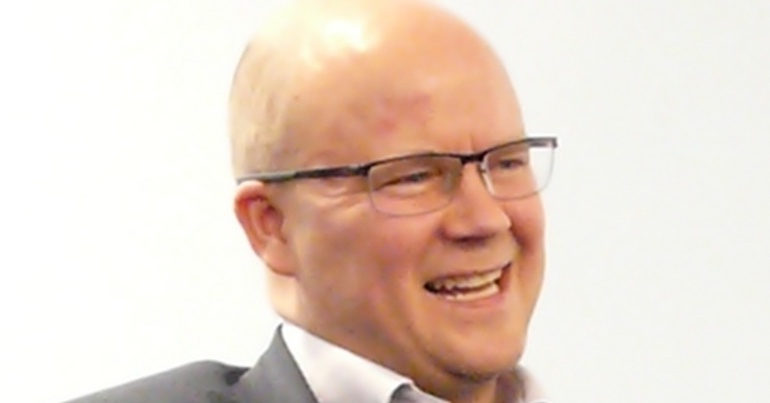 Controversial right-wing commentator Toby Young used his latest Spectator column to tell the world about his “terrible year”, which was “probably the worst of my life”. It didn’t go well, though. In fact, many people read it and saw it as yet another rallying call for one of Young’s biggest fears: a Corbyn-led government.

Young reached out for sympathy because, this year, he “lost five positions, including my full-time job”; and he now feels he’s “been surgically removed from every VIP list”. The Christmas cards and party invites just aren’t coming now, apparently. He “quite enjoyed being made a fuss of” in his old life. Now, it seems, no one cares.

Apparently, it isn’t all bad. But then “there’s the money — or lack of it”. As he continued:

it’s only now that I’m relying on it entirely that I realise just how difficult it is to make a living from being a hack… Poor Caroline [Young’s wife] has had to take a part-time job to keep the wolf from the door. If interest rates go up, or Jeremy Corbyn becomes prime minister and introduces a property tax, we’ll have to sell the house.

In other words, Tory Young just got a faint reality check about what life is like for millions of people in Tory Britain. Poor Toby, poor Caroline. Not.

What made Young’s column worse, however, was him blaming a “Twitter outrage mob” for his downfall. None of it, of course, is his own fault.

But that same ‘mob’ had plenty to say in return.

Some pointed out the obvious:

oh the power of social media, some are begining to learn although big brother may be watching us, little sister in social media is certainly watching those who insult them….. well done Twitter, Facebook and other honest media outlets.. Toby Young is now licking his own wounds.

It has been a week for endorsements. First Lord Sugar says he will leave the country if Jeremy Corbyn becomes PM. Now Toby Young says he'll have to sell his house. Who says politicians dont make a difference?

First Lord Sugar is leaving the country, now Toby Young will have to sell his house. The smears against our next Prime Minister, Jeremy Corbyn, have gotten so ridiculous that they're now endorsements! 🤣🤣🤣

Others were gentler, but pointed out the reality of Tory policy:

I want to point and laugh at you @toadmeister Toby Young, but as somebody who actually DID lose their home of 25 years because of politicians (Bedroom Tax) I wouldn't wish that on anybody. I hope you can find some honest employment to help you keep your home

Toby Young has just found out what it’s like to live in a world where nepotism and cronyism doesn’t exist as levers to help him.AKA the real world for everybody else.for him it’s a cold place where he’s struggling to pay bills and his wife has to work.AKA reality under the Tories

A lot of people also shared reminders from Young’s past:

Nine of the worst things Toby Young has said https://t.co/NBkhmQQBuY

And some pointed out his questionable position on Israel:

Along with JKR, Toby Young has refused to support a cultural boycott of Israel. Building bridges with Israel has only served to embolden Israel to inflict mass terror on the Palestinian ppl. https://t.co/fRLgsUhqbk

It’s true, Young has had quite a ‘tricky’ year. In January, he was forced to resign from his role with the university watchdog Office for Students. As The Canary reported, Young’s appointment caused widespread controversy. But in his Spectator column, yet again Young claimed he was victim to “attacks” from a “twitchfork mob”.

In a letter to Theresa May, Labour MPs Angela Rayner and Dawn Butler criticised Young’s “long history of misogyny and homophobia”. As The Canary also reported, the real reason Young resigned was an exposé by Private Eye revealing Young attended a secret conference on eugenics in 2017.

After that, not surprisingly, few people wanted to employ Young. Certainly not in education.

Now, here he is again, blaming everyone but himself for his problems. Jog on Young, we’ve all had enough.

Featured image via Out RAjious/Flickr