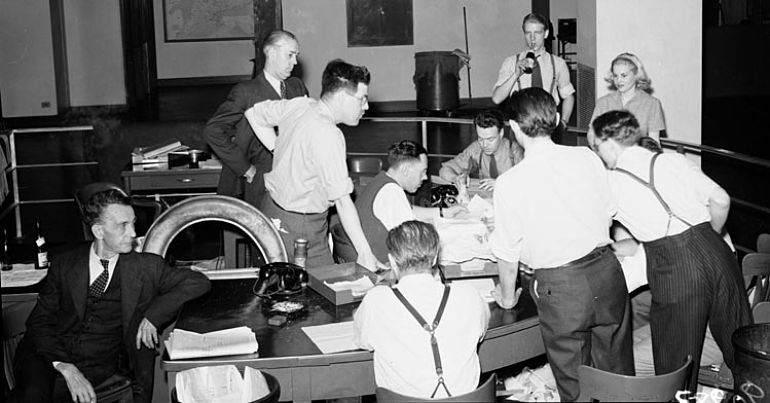 CBS News has announced new reporters and associate producers for its 2020 presidential election team. But there wasn’t a single Black person among the team of 12. And as this appears to be a trend in the US media, people weren’t impressed.

We are embracing political reporting now more than ever.

And according to its political director Caitlin Conant, the number of applicants was high. She said:

This had people wondering why none of the successful applicants were Black people.

Pointing out the obvious

So the response on social media was perfect. People were absolutely shocked:

Looking for the people that look like me pic.twitter.com/3KPIY3bzOw

Journalist Soledad O’Brien also noted the exclusion of a large part of the US population. She tweeted:

No Black correspendents or APs to help you guys out? https://t.co/ONH5UzRzT6

Congresswoman Alexandria Ocasio-Cortez, shocked that this is still happening in the USA, posted:

This WH admin has made having a functional understanding of race in America one of the most important core competencies for a political journalist to have, yet @CBSNews hasn’t assigned a *single* black journalist to cover the 2020 election.

Another said that despite the high number of Black graduate journalists, they aren’t getting into US newsrooms:

Under-representation of Black people in US media

Sadly it’s not solely CBS News. The number of Black people in the US media is low and most jobs go to white people. And it seems it’s been like this for some time.

As there was “unprecedented interest in joining” the CBS team, this should mean jobs for Black journalists too. But it didn’t.

Not only Black people

The representation of women of colour in the US media is also poor. A 2018 study from the Women’s Media Centre (WMC) found that despite women being in the majority and people of colour making up almost 40% of the population, the “U.S. media does not look like, sound like, or reflect” this diversity.

The American Society of News Editors (ASNE) found consistently low numbers of ethnic minorities in newsrooms between 2000 and 2018. People commented on this on social media too.

Over 55M Americans identify as Hispanics and 54% of Americans are over the age of 35. @CBSNews this group does not begin to be representative of your potential audience.

While understandable, responses like “unacceptable in 2019” don’t tell the whole story. Excluding Black people, or anybody based on ethnicity, was and is always wrong. So it seems clear the mainstream doesn’t want to change.