People are celebrating the 'loony mudslide' that buried UKIP - The Canary 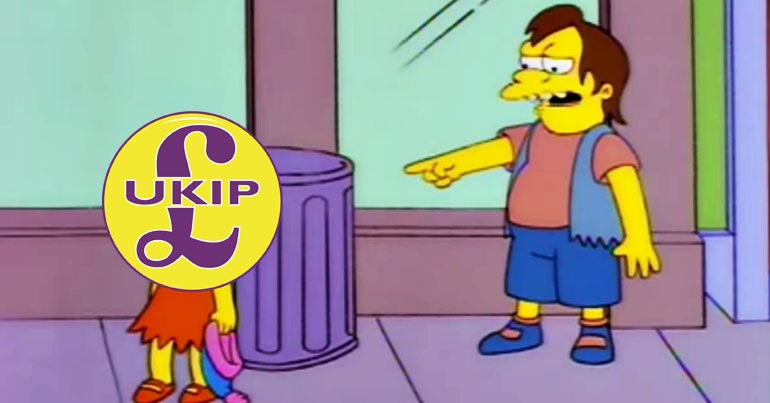 While the Lib Dems won Brecon’s by-election on 1 August, the Monster Raving Loony Party stole the show. 334 people voted for its candidate, Lady Lily the Pink, meaning the party came second to last – above UKIP. And the reaction on social media has been priceless.

“The second most Loony party in Britain”

Many in the media view the Brecon by-election as a proxy vote on both Brexit and Boris Johnson’s leadership. Meanwhile, the public is viewing the Monster Raving Loony Party’s success as a sign that the party which started it all is finally dead.

Some people pointed out that a satirical party’s beating of UKIP shows just how low the party has sunk:

That they split the UKIP vote because in this post-truth era of alternative realities people who intended to vote for an actual raving loony may get confused, and accidentally vote for a satirical raving loony?

Remember when you lost against monster raving loony party

The Monster Raving Loony Party itself used the #LoonyMudslide hashtag to rub it in:

I had to get in the twitter queue to congratulate @Berni_Benton Lady Lily The Pink on her #LoonyBounce result in #BreconByelection .
The @Official_MRLP have seen parties come and we’ve seen ‘em go .
Lady Lilly and her Welsh Loony’s – Fantastic #LoonyMudslide

While Lady Lily the Pink herself was very happy about the outcome:

For shame. UKIP on 242 beaten by the Monster Raving Loony on 334. I'm extremely skilled at spin. But. #BreconByelection

But, predictably, some used the results as a stick to bash Jeremy Corbyn and Labour with:

Congratulations to the @UKLabour candidate in #BreconByelection. With 5.3% the @jeremycorbyn candidate successfully held off the Monster Raving Looney and UKIP candidates. A solid endorsement of Labour's 'very clear' policies on #Brexit and #Antisemitism @SkyNews #r4today

Some have compared Lady Lily the Pink’s Brecon by-election success to the 1990 Bootle by-election:

And the Monster Raving Looney Party pipped UKIP for 5th place. The Owenite SDP gave up after finishing behind Lord Sutch at the Bootle by-election in 1990 #justsaying

Founder and then-leader of the Monster Raving Loony Party, Screaming Lord Sutch, beat the Social Democratic Party (SDP) candidate. The SDP’s Bootle defeat is seen as the event that finished the ailing party off, leading to the birth of the Lib Dems.

Former UKIP leader Gerard Batten left the party on 2 June after disastrous European election results in which the party lost all of its seats, including Batten’s own. Nigel Farage’s new group, the Brexit Party, effectively usurped UKIP. Meanwhile, the Tories have lurched further right in recent years, picking up many former UKIP supporters.

Farage once claimed that UKIP thrived from the British National Party’s (BNP) demise, stealing a third of its votes. It also replaced the BNP as a symbol of overt racism in the political establishment. But the right-ward shift of the ‘Overton window‘ in recent years means overt racism has once again become part of the political mainstream.

In the run-up to the Brecon by-election, Lady Lily the Pink said, “I’m not a real politician. I’m not even a real Lady, I am however a real Loony”. And that:

Like a large proportion of the electorate I’m angry… at the failings, the loopholes and the all-too-often self-serving system of governance we currently have.

UKIP may be at death’s door, but the nationalist and racist voices it reflected haven’t gone away. There’s serious work to be done on the streets and in the polling booths to make sure they don’t thrive. But the response to the Monster Raving Loony Party’s result shows there’s always time for a good laugh.