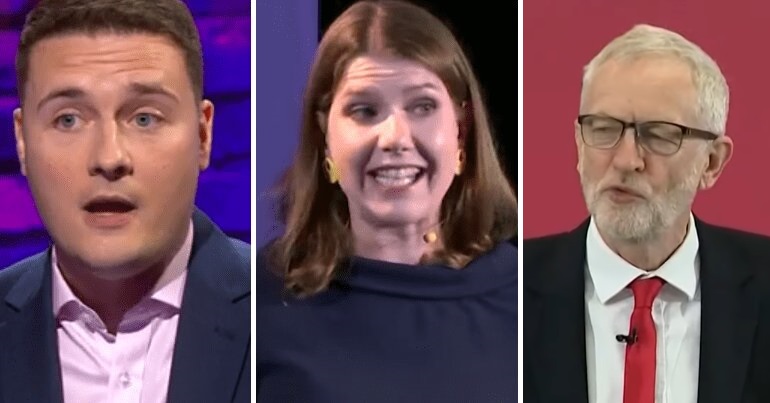 Even Labour right-wingers are scoffing at the Lib Dems after Jeremy Corbyn pushed the party into a corner on preventing a no-deal Brexit. It looks like the cross-party centrists are split.

The Labour leader issued a plan to stop a no-deal Brexit. In the letter, Corbyn says that MPs should support a vote of no confidence in Boris Johnson, and then vote confidence in a temporary Labour government with the sole purpose of stopping a no-deal Brexit. The new minority Labour government would then extend the Brexit process to create time for a general election.

The thing is, Lib Dem leader thecanary.co/topics/Jo-Swinson/ rejected the plan on the spot, saying:

We are facing a national crisis, we may need an emergency government to resolve it.

But if Jeremy Corbyn truly wants that to succeed, surely even he can see that he cannot lead it.

There is no way he can unite rebel Conservatives and independents to stop Boris Johnson.

Given that Corbyn is the twice-elected leader of the opposition, however, Swinson’s response implied to many that she isn’t serious about stopping a no-deal Brexit. And even Labour right-wingers like Wes Streeting were unimpressed:

As I told @CityAM, @jeremycorbyn’s letter should be treated seriously by everyone committed to stopping no deal. @joswinson and the @LibDems are wrong to reject it outright. It should be the basis for the start of serious talks about how we stop No Deal. https://t.co/1moNz5OVM4

Tory Remainer rebels like Guto Bebb also called for the Lib Dems to rethink. He said:

I think there are other alternatives that are open to us, but I do think that those who have said that they will do anything necessary to stop the long term damage of a no-deal exit must take seriously this type of offer

MPs Dominic Grieve, Oliver Letwin, and Caroline Spelman, and former Conservative Nick Boles, have all said they would meet Corbyn to discuss the plan.

To be clear – @theSNP remains willing to work across party lines and explore all options to stop a no deal Brexit. Jeremy Corbyn’s suggestion is not the only possible option – but given the circumstances, nothing should be ruled out at this stage. @joswinson should rethink. https://t.co/n7npDMo0bu

With potential support from the SNP, Plaid Cymru, and the Greens, Corbyn already has 287 votes to bring down Johnson. 322 is the threshold, meaning he needs another 37 votes.

The thing is, the Lib Dems appear to be proving yet again that they aren’t serious about stopping no-deal.

In March, parliament conducted indicative votes to try and find a way forward on the Brexit deadlock. Short of outright revoking Article 50, Corbyn’s Labour supported all the compromise motions to either soften or have a confirmatory vote on Brexit.

The proposition for a customs union compromise lost by just three votes. Other than Norman Lamb MP, the Lib Dems, Change UK, and the SNP all either abstained or voted against it.

“Willing to prop up the Tories”

The Lib Dems faced dismay and ridicule on social media:

Then we need to stop calling the Lib Dems an anti-No Deal party. They're not willing to have a very temporary Corbyn-led government for a few weeks to stop No Deal and call an election, but they were willing to prop up the Tories for five years to wreck the country. https://t.co/KV6FZQy3pX

Don't have a problem with Sarah Wollaston, who supported a ban on HIV positive migrants entering the UK, becoming their MP.

Do have a problem with Jeremy Corbyn being a temporary PM just to extend A50 and call an election.

Get in the bin with such priorities 🚮

LibDems: "No thanks, we can't support you"

LibDems: 'We need a pragmatic leader like Ken Clarke who we can support"

Honesty, they're that transparent.

Swinson and Umunna appear to believe they decide who a caretaker PM would be, either Ken Clarke or Harriet Harman.
A party that polled at 7.4% in 2017.
The chutzpah would be admirable were it not sinister, delusional and hubristic.
LibDems: pack it in.

It looks like the Lib Dems were only hard-lining for Remain for their own electoral gain, to undermine Corbyn, and to mask their own lack of vision for society. With Britain facing a Johnson-managed no-deal Brexit, now isn’t the time for such party politicking. We need a general election to sort out Brexit along with the other major issues, like the oncoming climate catastrophe and austerity. With the stakes so high, the Lib Dems are behaving like shameful chancers. They need to cut it out.