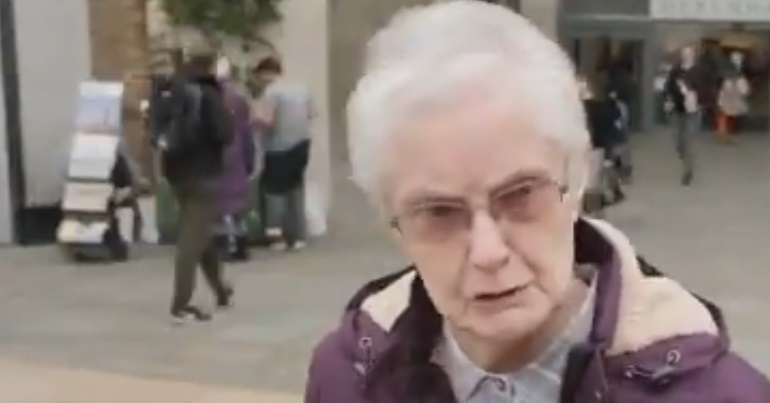 A voter in the prime minister’s own constituency didn’t react well to hearing the words ‘Boris Johnson’. The short exchange is the epitome of priceless.

“That filthy piece of toerag”

Sky presenter Sophy Ridge was in Uxbridge and South Ruslip fielding voter opinion on the residents’ MP and prime minister. But with one person, Ridge couldn’t get past the introduction before the citizen made their view quite clear:

.@SophyRidgeSky travelled to Boris Johnson's constituency of Uxbridge and South Ruislip where there is lots of support for the prime minister.

However, not everyone is a fan…

Ridge said she was:

But the voter cut through:

Don’t you even mention that name in front of me that filthy piece of toerag.

Despite only being prime minister for a few months, Johnson may already hold the record for the most public roastings. During his visit to a hospital, a parent confronted him and said:

Also in September, another voter in Yorkshire became an internet meme after telling Johnson to “please leave my town”. And he’s far from the only one to have taken down Johnson to his face. Speaking in Doncaster, one person told the prime minister:

people have died because of austerity. And then you’ve got the cheek to come here and tell us austerity’s over and it’s all good now

The latest voter to give Johnson a kicking appears to be going viral:

Not even worthy of being a whole toe rag. Just a piece of one. And filthy too.

Genuine disgust on her face. #filthypieceoftoerag

He’s a liar, a misogynistic bigot and shouldn’t be given any power whatsoever.
Not cuddly, not a character, but a #FilthyPieceOfToeRag #GTTO 🌹🌹 pic.twitter.com/SqaGFF92Gs

It’s clear why the voter’s short verdict on Johnson resonates with so many. Johnson is a notorious liar who once conspired to have a journalist’s ribs broken. In another example of his character, the Conservative leader refused to apologise in October 2017 after saying that Libya could be turned into a luxury resort once people cleared away the “dead bodies”. The man is not fit to be prime minister.