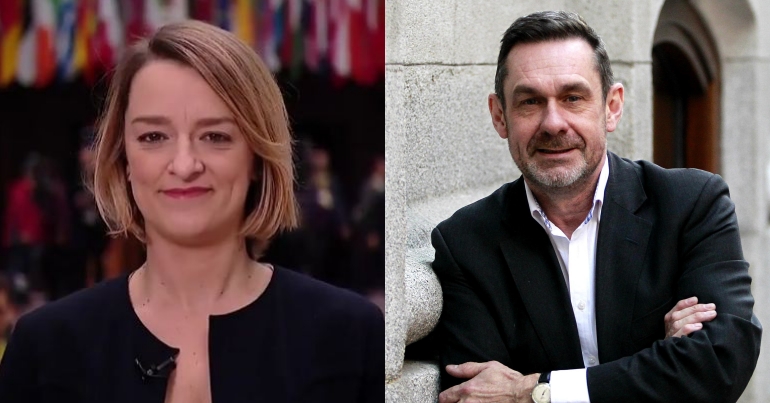 On 18 September, Boris Johnson was confronted by an angry parent while visiting a children’s ward.

The parent said the situation was “not acceptable” and told the PM:

But that canny political editor at the obviously totally unbiased BBC, Laura Kuenssberg, thought she’d caught the man out:

Luckily journalist Paul Mason was on hand to set the record straight:

Thanks for reporting that. It shows that our party of 500,000+ people is everywhere, among people suffering as the Conservatives destroy our health and welfare systems, and that even chosen at random they can make the PM look like a pillock…

Because whether or not the man is a “Labour activist” is totally beside the point. And unlike Johnson using sick children as a press opportunity, this parent confronted him because he has a sick child in the hospital:

Boris Johnson dropped into @WhippsCrossHosp for a press opportunity – so I gave him a piece of my mind about how he is running the NHS based on the experience with my 7 day old daughter, who was neglected for hours last night. More here: https://t.co/DsBDvnhC51 https://t.co/vKPs3yzNHx

Kuenssberg then sent out a tweet identifying the parent to her 1.1m followers:

This is him here https://t.co/77Hqqo9Avz

Although the parent had tweeted that himself, people pointed out to Kuenssberg what the impact of her highlighting him might be:

Jesus, what on earth are you doing? You have a large, privileged platform. You shouldn’t use it like this.

Do you ever wonder why people question your impartiality?

Journalists and “public figures” have been closings ranks about not giving in to “abusive trolls” (ie anyone who criticises them publicly) this week, and now you incite a pile-on of a random member of the public for daring to express an opinion to your Prime Minister. Despicable.

Other people highlighted what the real story is:

Your journalistic prowess should allow you to notice that people have a go at Bohnson wherever he goes. That a parent of a sick child in the ward when Bohnson arrived supports Labour isn’t the story. The state of the NHS is the story. Does his politics demand he keeps quiet?

Is this tweet in accordance with BBC codes of conduct for its journalists?

The bottom line is that the parent of a sick child confronted the PM because he happened to turn up at the ward where his sick child is being cared for. Yet somehow a BBC journalist thinks providing evidence of his activism somehow negates his views or his experiences.

This really is a new low, even by the BBC‘s abysmal standards.