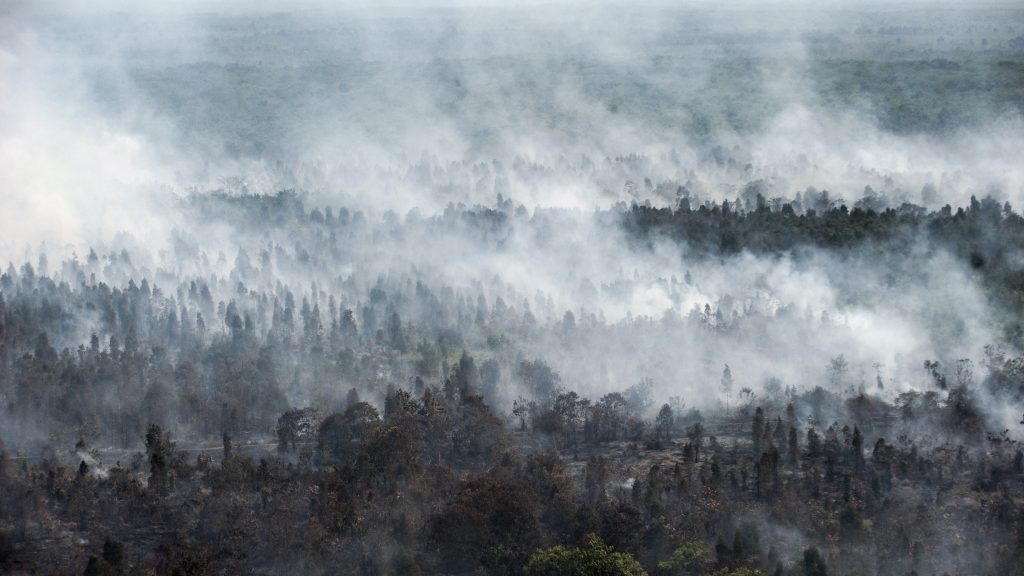 Indonesian police said they have arrested 230 people suspected of starting fires that are spreading health-damaging haze across a large part of south-east Asia.

They include three men caught on Monday trying to clear land to plant crops in the Tesso Nilo National Park, which is home to about 140 endangered wild elephants, said Dedi Prasetyo, the national police spokesman.

Those arrested could be prosecuted under an environmental protection law that mandates a maximum 10-year prison sentence for setting fires to clear land.

Indonesia’s fires are an annual problem that strain relations with neighbouring countries.

The smoke has blanketed parts of Indonesia, Singapore, Malaysia and southern Thailand in a noxious haze.

Poor visibility caused by smoke has caused delays of flights at several airports in Indonesia and Malaysia and prompted authorities to shut schools in some parts of the two countries.

Indonesian authorities have sealed off land owned by at least 49 plantation companies in the past week for investigation after fires were found on their land.

Indonesian Disaster Mitigation Agency satellites detected 2,719 hotspots across the country on Thursday. It said 99% of the hotspots were caused by deliberately set fires.

The agency said 44 helicopters had dropped more than 71 million gallons of water and 163 tons of salt for cloud seeding as part of the firefighting efforts.

Authorities have deployed more than 9,000 people to fight the fires, which have razed more than 812,000 acres of land across the nation, with more than half in the provinces of Riau, Jambi, South Sumatra, West Kalimantan, Central Kalimantan and South Kalimantan.