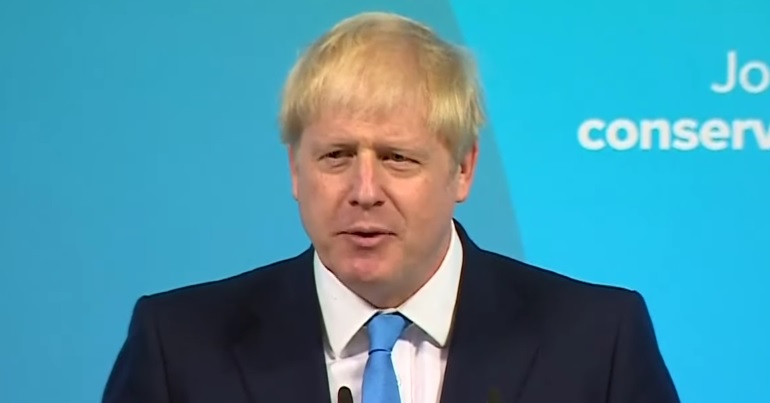 The prime minister will not be bound by an “artificial deadline” to produce formal written proposals to resolve the Brexit deadlock, the government has said.

Finnish prime minister Antti Rinne, following talks in Paris with French president Emmanuel Macron, said Boris Johnson should outline its Brexit plans to the EU by the end of September.

But a UK government spokesman said proposals would be put forward “when we are ready” and when Brussels is willing to “engage constructively on them”.

Number 10 also confirmed that the UK had now shared, in written form, a series of “confidential technical non-papers” which reflect the ideas the UK has been putting forward.

Previously documents had been shown to Brussels officials but then taken back at the end of meetings for fear they would be leaked.

But a “non-paper” is not a formal government position and falls far short of what has been demanded by Brussels.

Ireland’s deputy prime minister Simon Coveney said: “There’s still a big gap between what the British government has been suggesting that they’re looking for and what Ireland and the EU need in terms of getting a deal, and in order to close that gap we need to get credible proposals from the British government which we simply haven’t received yet.”

The UK government spokesman said there had been “detailed discussions” in recent weeks with the European Commission’s Taskforce 50 – the unit dealing with Brexit.

“We have now shared in written form a series of confidential technical non-papers which reflect the ideas the UK has been putting forward.

“We will table formal written solutions when we are ready, not according to an artificial deadline, and when the EU is clear that it will engage constructively on them as a replacement for the backstop.”

Brexit secretary Stephen Barclay, who will meet Brussels’ chief negotiator Michel Barnier on Friday, warned the European Union against a “rigid” approach and suggested the final details of an alternative to the Irish backstop may not need to be resolved until the end of 2020.

The backstop – the controversial contingency measure which would keep the UK closely aligned to Brussels’ rules in order to prevent a hard border with Ireland – is seen as the main stumbling block to a deal.

Rinne told reporters that he and Macron “agreed that it is now time for Boris Johnson to produce his own proposals in writing – if they exist”.

“If no proposals are received by the end of September, then it’s over.”

Barclay, speaking during a visit to Spain, said: “A rigid approach now at this point is no way to progress a deal and the responsibility sits with both sides to find a solution.”

He said the prime minister had shown he was willing to be “creative and flexible” by considering an all-Ireland approach to plant and animal checks and suggested that it was now for the European Commission to shift its stance.

Barclay also suggested that the EU’s call for a legally operational alternative to the backstop to be ready on Brexit day was setting the bar too high.

“The alternative to the backstop is not necessary until the end of the implementation period which is December 2020,” he said.

Barclay said failing to leave the European Union on October 31 was “not an option for this Government” but was challenged over how Johnson’s administration would comply with the law aimed at preventing a no-deal Brexit.

The cabinet minister said “of course we will abide by the law” but he added “we will look at it closely and test exactly where we are” – the latest sign that the government is examining ways around its measures.