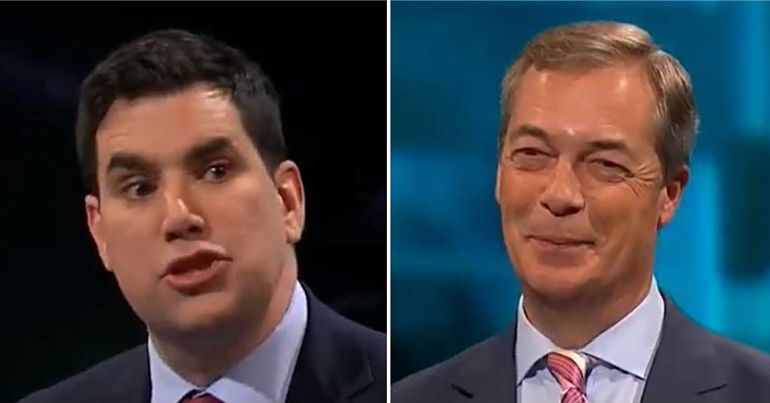 Representatives from the UK’s seven main parties took part in ITV’s election debate on 1 December. During the debate, Labour’s shadow justice secretary Richard Burgon clashed with the Brexit Party leader Nigel Farage. And in doing so, he highlighted the danger of Farage’s relationship with US president Donald Trump.

Because in this exchange, Burgon exposed Farage’s position on UK independence when he said:

Farage could do nothing but smirk.

On 31 October, Farage interviewed Trump on LBC. During the interview, the two men discussed the UK’s relationship with the EU and trade deals with the US. In addition, Trump urged Farage and Boris Johnson to “get together” for the upcoming election. Trump described Farage and Johnson as “two brilliant people”.

People online were quick to react to Burgon’s response to Farage:

"There's nothing independent about taking instructions from D.Trump when he rings up LBC."

Since that Trump interview, Johnson promised not to extend the Brexit transition period beyond 2020. Then Farage agreed his Brexit Party would stand aside in constituencies taken by the Conservatives in the 2017 election. It appeared as if a deal had been struck.

And that wasn’t all. During the ITV debate, Farage’s unhealthy relationship with Trump was exposed further. Disgracefully, Farage attempted to defend Trump’s notorious misogynistic comments:

People viewing the debate were disgusted:

.@Nigel_Farage on #ITVLeadersDebate defends Donald Trump boasting about sexually assaulting women by saying “Men say dreadful things sometimes” after “a night out with a drink”.

Absolutely outrageous. All leaders should stand against misogyny, not make excuses for it.

There is no surprise in any depth farage creeps to.

Choice ahead for the British people

Nobody who says or defends such comments should be anywhere near public office or have any public influence.