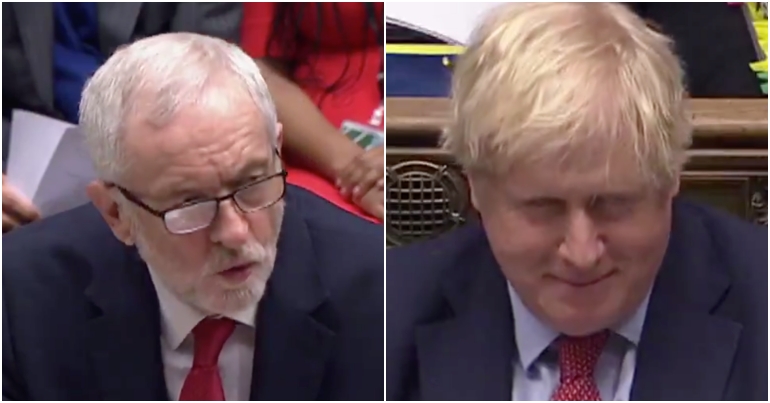 Jeremy Corbyn may not have long left grilling Boris Johnson as Labour leader at Prime Minister’s Questions (PMQs). But his passion and ability to hold Johnson to account remains undiminished. And on 22 January, he used the opportunity to expose the unfairness of the Department of Work and Pensions’ (DWP) most controversial benefit – Universal Credit.

if the Prime Minister can answer that question, and show me that’s just and fair, I’ll buy him a vegan roll from Greggs myself.

"Greggs are currently giving 25,000 workers a £300 bonus" but some on Universal Credit will have that payment reduced to £75, says Jeremy Corbyn

If the PM "can show me that's just and fair, I'll buy him a vegan roll from Greggs myself"#PMQs https://t.co/ypqAoubMcw pic.twitter.com/Jk2rHxKOrS

“The government is punishing, not supporting, people”

Corbyn made it clear that the aim of Universal Credit was to make work pay. But as he pointed out:

when low-paid workers can’t even keep their own bonuses, it’s clear the government is punishing, not supporting, people.

He then asked if the PM will:

do something to ensure that workers at companies like Greggs on low pay will be allowed to keep their bonuses?

Unsurprisingly, Johnson’s response won’t give much comfort to Greggs workers, given that he refused to answer the question directly. Instead, he spoke about “cutting national insurance” and claimed that “people on low pay will be able to keep more of the money that they earn”.

As Steve Topple previously argued in The Canary, this could be described as “corporate welfare”. After all, according to journalist Ally Fogg, one worker described it as “hand[ing] £7m back to the govt”.

No wonder Johnson doesn’t want to make any promises regarding the bonus. His government must be rubbing its hands in glee at its sudden windfall.

Ultimately, though, the situation sums up the sorry state of the DWP and Universal Credit. Workers are punished, and the government pockets the difference.

At least with Corbyn at the despatch box, Johnson is held to account for these decisions. We just need to hope that whoever the Labour Party elects as its new leader continues to do so.