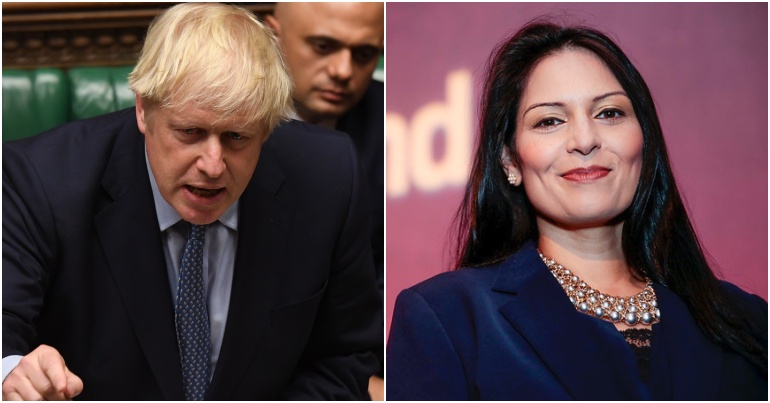 On 21 January, the Court of Appeal made a “landmark” ruling to protect one of the UK’s most discriminated minority communities. This ruling could pose a serious challenge to one of the Tories’ most chilling manifesto pledges.

Bromley Council tried to secure a five-year injunction to stop people from Gypsy, Roma and Traveller (GRT) communities stopping on public land. The High Court rejected this in May 2019. And on 21 January, the Court of Appeal ruled that GRT communities:

have an enshrined freedom not to stay in one place but to move from one place to another. An injunction which prevents them from stopping at all in a defined part of the UK comprises a potential breach of both the ECHR and the Equality Act.

This landmark case is the first of its kind brought by community group London Gypsies and Travellers. Legal experts said that this ruling also challenges the legality of similar injunctions from another “34 councils – including 14 in London”.

We are extremely pleased with this result and proud to have been involved in such an important case which advances the recognition and protection of the nomadic way of life in the UK.

The judgment sets a high standard for councils seeking injunctions and stresses the need to put in place adequate and safe provision. We are keen to work with councils to explore alternatives to evictions and injunctions, such as negotiated stopping.

The Conservative manifesto entrenched a chilling announcement made by home secretary Priti Patel in November 2019. Johnson’s government plans to give police new powers of arrest if people stop anywhere in the UK on private or public land without prior permission. This would give police powers to seize people’s homes immediately. A summary from Friends Families and Travellers (FFT) explains that new powers intend to:

And as a 2017 report found, this affects minority groups which already face daily “pervasive prejudice and discrimination”.

Given that finding, it is difficult to see how the government can possibly justify its proposal, which is currently out to consultation, to criminalise trespass.

in the face of increasing hostility from local and national governments. If you’re a member of these communities, these injunctions, like the government’s proposals to criminalise trespass, are a real threat to your entire way of life.

It’s now up to the government to provide adequate safe sites for encampments to help these communities live and reduce the discrimination they face.

Not the end of the battle

This result is certainly a major victory, as several GRT campaign groups noted:

A landmark Court of Appeal judgment released today has criticised the use of wide injunctions which target #Gypsy and #Traveller encampments. A victory for our court challenge and for Gypsies and Travellers! Read more https://t.co/AHU5BOS9bT pic.twitter.com/x4TCxk8pXz

But it’s certainly not the end of the battle. Because as Liberty pointed out, Johnson’s government “still has Gypsies, Roma and Travellers in their sights”:

Though @LondonGypsyTrav won today, the Gov still has Gypsies, Roma and Travellers in their sights

FFT responded in detail to a government consultation to push forward the new legislation. It noted with alarm that the government perpetuates “harmful stereotypes” which risk “fanning the flames of race hate towards Gypsies and Travellers”. In parliamentary debates, MPs have referred to Travellers as “an irritant”, “an expensive menace”, “a Traveller incursion”, and being “plagued by groups who descend on open land”. It also called on the government to challenge “this dehumanising language” rather than:

It now needs “as many people as possible to stand up and fight against” the government’s plans and has created a simple form. Once completed, FFT will send this to the Home Office.

UPDATE!
The consultation closes in around 1 month. We have a NEW form to make submitting a response easier than ever.

There’s four boxes to tick and a statement to make. That’s it.

Click the link below to fill out a short form and we’ll do the rest. https://t.co/92OdA5AKhL

With Johnson in power and Patel as home secretary, GRT communities face what amounts to “ethnic cleansing”. So yes, this is certainly a major legal victory; but it’s vital that everyone challenges this vicious right-wing government’s new plans.