You saved a foodbank. This is the power of community in action. - The Canary 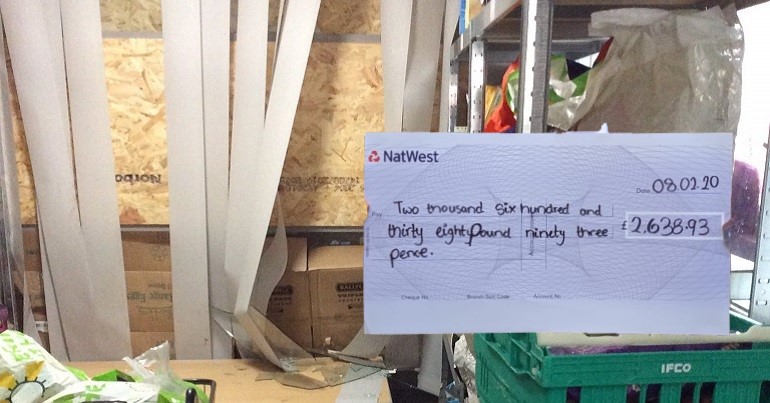 Canary readers and a local community have helped save a foodbank from closure. It’s the perfect example of how we can actively make a difference in these dark times. But even so, the bigger picture shows there’s still a lot more work to be done.

St Catherine’s Church Centre in Wakefield operates a foodbank. As the Wakefield Express reported, it dealt with around 13 referrals a day in 2018. But since October 2019, it has suffered numerous attacks of vandalism:

We are gutted that our #wakefield #foodbank has again been vandalised. This is the fourth time in the last 6 months and due to the most recent damage we cannot operate safely today and will have to shut the foodbank. Due to senseless vandalism people will go hungry today.

Vandalism to our #wakefield #foodbank. We've had to shut today to deal with the mess. So far we've had to turn away 15 people who will go hungry because of this senseless act. Hundreds of pounds of food will also have to be thrown away. pic.twitter.com/ZQnYjkuuyz

The recent spate of vandalism has had a tremendous negative effect on the running of our food bank. We had to close the service for a full day to undertake cleaning and to secure the building. Due to the contamination caused by broken glass we had to throw away hundreds of pounds of food items which we couldn’t risk distributing.

We also had to turn away over 20 people on the day we were closed as we were unable to provide them with food at that time. Our food bank is a vital life line for adults and children at a time of crisis and great stress.

But then, a campaigner stepped in.

The public step in and up

Joshua Brandwood was raising money for the foodbank. He wanted to make sure it kept its doors open. But he’s wasn’t just asking for money. He also did a 20k run on 8 February to raise the much-needed cash.

The Canary previously wrote about this. Also, the Wakefield Express repeatedly covered the story. Now, readers of both websites and the local community have raised over £3,000.

Wakefield foodbank provide a vital service to members of the community who require additional support. After hearing about some mindless vandals targeting the food bank for the fifth time, I felt compelled to help.

A week after setting up a fundraising page for the food bank, we had accumulated a staggering £2,000. I was completely blown away with the love and support shown by the public. It goes to show that when we work together, we can achieve great things.

But even after he completed the charity run, the donations just kept on coming. As Brandwood said:

Since the below photo was taken, the overall funds have reached a whopping £3,000. I’m incredibly appreciative to members of the community who have either shared or donated to the cause. I’d like to extend my thanks to the ‘I’m from Yorkshire’ online shop for donating a t-shirt and also The Canary for covering this story with their huge audience. 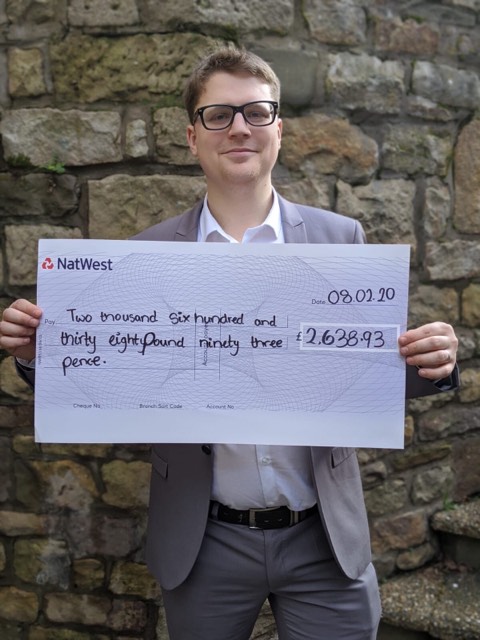 A success story. But there’s more to be done.

It’s brilliant to see what some coverage by The Canary and vital local press can help do. Sadly, Wakefield foodbank’s problems are just the tip of a very big iceberg. St Catherine’s is not the first to be vandalised. And it probably won’t be the last. The Trussell Trust reported a 23% increase in its referrals between April and September 2019, based on the same period in 2018. Councils across the country cut services by 21% in the last decade. And the Labour Party, in the middle of a leadership contest, may not end up being the political opposition the country needs.

So, in the coming years, we’re all going to have to rely on each other a lot more. That means working at grassroots levels to campaign, organise, and affect change. And the story of Wakefield foodbank is the perfect example of this.