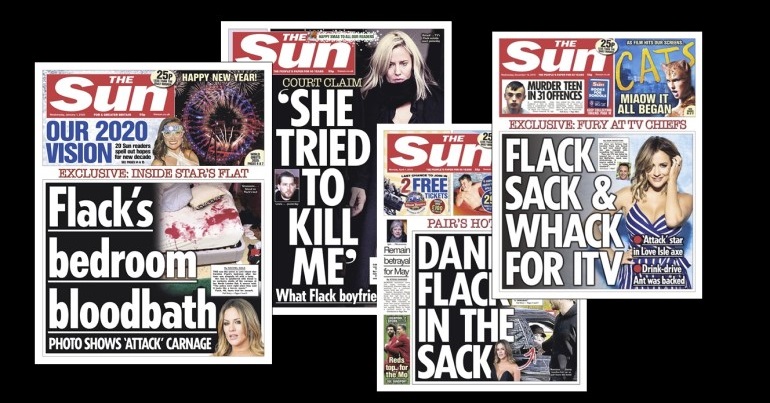 TV presenter Caroline Flack was found dead in her London flat on 15 February. Her family confirmed that she took her own life, and the tragic news has people shocked.

In December, Flack quit her presenting role on the ITV show Love Island. Her decision was reportedly influenced by an assault charge against her.

Flack had previously opened up about her mental health struggles. She had also gone on to talk about the pressure she had recently been under. In the wake of Flack’s death, people have shared her social media posts discussing her mental health:

A wake up call to all of us. We have to do better and be better. #CarolinesLaw pic.twitter.com/o7CwvCJ2o2

Along with support for Flack, the hashtags #DontBuyTheSun, #StopFundingHate, and #CarolinesLaw have also been trending. Calls to boycott The Sun because of its alleged ‘bullying’ of Flack have flooded Twitter:

The Sun deleting 100s of articles hounding, bullying and ridiculing Caroline Flack. She was clearly vulnerable and in distress.

Listen… every single person (celebrities, athletes or otherwise) asked to do an interview for The S*n, needs to say no.
All of us.
Don’t speak to ‘em, don’t advertise in it, don’t buy it.
Let it rot.#boycotthesun

And people are calling attention to the tabloid media’s hypocrisy:

Here we have the sun newspaper yesterday, publishing an arctical about Caroline Flack being abusive and today they are promoting their ‘You’re Not Alone’ campaign about mental health on the story about her death. Practice what you fucking preach. pic.twitter.com/AIj8YNq2c2

The Sun had only days ago published an article about a Valentine’s Day card mocking Flack and referring to the assault charges against her. The article has now been taken down. Furthermore, petitions are taking off to demand greater accountability from the media:

Nothing will bring back this beautiful woman, but this needs to never happen again! #CarolinesLaw UK Parliament: Launch Government inquiry into the British press following the death of Caroline Flack – Sign the Petition! https://t.co/2wrk6Jzwx8 via @UKChange

Please share this link and ask people to verify on their email. It’s time to make a change, have new laws protecting celebrities and people in the public eye. We need to stand together to make a change, please help me. https://t.co/0PDog4InRh xx

There’s no question that Flack’s death is a tragedy. While we can’t speculate on what caused her to take her own life, it should never be acceptable for the media to target individuals based on unproven allegations. Particularly from media outlets with national circulation, because of their far-reaching influence and impact.

Corporate media outlets keep putting profits before people. So while stricter laws will help, in the meantime, cutting off support from right-wing, tabloid media is definitely a step in the right direction.