Amid coronavirus chaos, the media is almost silent about sexual assault allegations against Joe Biden - The Canary 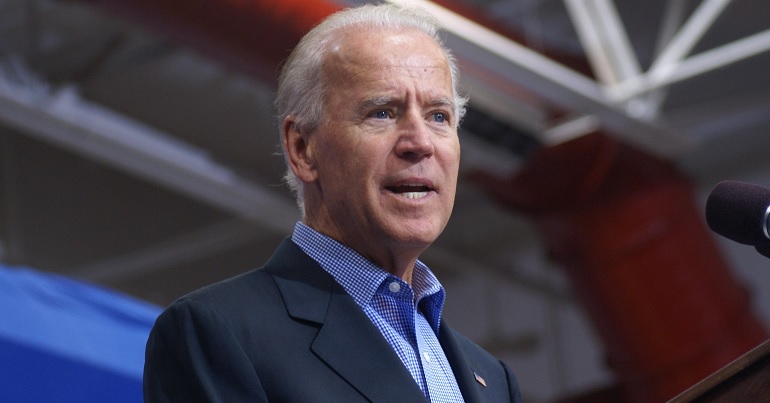 There’s never a good time for survivors of sexual assault to come forward with allegations. Especially when they’re going against powerful men. And in the midst of a global pandemic, many establishment media outlets also seem to be ignoring ongoing allegations against Joe Biden, one of the Democratic nominees for the 2020 US presidential election.

“That’s exactly why I have to keep going”

According to a report from the Hill, Biden’s latest accuser, Tara Reade, has been trying to get media outlets to report on her allegations for some time. She’s reportedly also been unsuccessful in a “fight to get Time’s Up, an organization that provides financial support for women who come forward with stories of sexual misconduct, to represent her”.

She joins a list of survivors who’ve come forward with sexual assault allegations against Biden:

Reade described her daughter's response to her speaking out: "She's like, 'you can't go up against somebody like Biden. He's too powerful.' And that's exactly why I have to keep going." https://t.co/wwmaXwPg5d

Reade shared her story with American news outlet Hill TV on 26 March. However, since then mainstream news outlets appear to have all but ignored the news:

The total blackout of the Joe Biden sexual assault allegations is incredible. Obviously I knew the media wouldn’t give it fair coverage. But usually they’ll at least mention these kinds of stories and then bury them quickly. In this case, though, nothing. No coverage. Silence.

In a CNN interview on 28 March, reporter Anderson Cooper failed to question Biden about the allegations:

So did @andersoncooper address the sexual assault allegations detailed at Vox today against Biden?

The irony is that when Christine Blasey Ford came forward with allegations against Brett Kavanaugh in 2018, Biden said she should be believed:

Joe Biden’s campaign denied the sexual assault allegations coming from a former Senate staffer, but in 2018 he said that any woman’s public claims of sexual assault should be believed to be true… More here: https://t.co/YtylD4ZkVy

The double standards from Biden and his supporters seem to be fairly obvious:

Hey @neeratanden, would you support an FBI investigation about Tara Reade's allegation of sexual assault against Joe Biden? https://t.co/mK1uR66c8A

The Intercept also broke the Kavanaugh story, which like the Biden allegation was a decades-old first-person testimony of sexual assault leveled as the accused pursued one of the nation's most powerful positions.

The only difference is the partisan affiliation of the accused. pic.twitter.com/wdVgwBRaki

Neera Tanden co-opted the language of sexual assault to try and own Bernie over his meeting with Warren but is not only radio silent about Biden sexually assaulting Tara Reade but is blocking people who call her out for it.

And Elizabeth Warren’s silence on the issue hasn’t gone unnoticed either:

remember when liz warren owned mike bloomberg on that debate stage on the non-disclosure agreements he made victims of sexual assault sign? looking forward to her statement on joe biden and tara reade

Moreover, some people think those offering partisan support to Biden would have reacted differently if similar allegations about Bernie Sanders had come to light. In fact, allegations of sexism against Sanders were widely reported, making the silence in this instance even more questionable:

Warren claimed Sanders said "A woman can't beat Trump" and EVERY news outlet covered it FOR DAYS. Biden has SEXUAL ASSAULT allegations against him and….media silence. If you don't see what's going on, you're just not looking.

In the wake of Reade’s allegations, many people have called politicians who have formally endorsed Biden to withdraw their support:

Will @SenGillibrand be retracting her endorsement of Joe Biden now that there is a highly credible claim of sexual assault against him?

I would like to know what you think of the sexual assault allegations against Joe Biden. You are his campaign senior adviser. You have previously supported Christine Ford but I am now seeing that you deleted those tweets. What is going on sis.?

If @KamalaHarris does not immediately denounce @JoeBiden in light of this accusation, then all of her emotional condemnations of Brett Kavanaugh were simply the partisan theatrics of a deeply cynical politician. https://t.co/SqyKgpJZhG

Given prior concerns about an anti-Sanders bias in the corporate media, it may come as no surprise that there’s barely any coverage of these allegations against Biden. But with the #MeToo and #TimesUp movements having gained traction, people are now using the hashtag #IBelieveTara to show their support. Let’s hope all the Democratic Party supporters who stood with Christine Blasey Ford will now stand with Tara Reade, too.