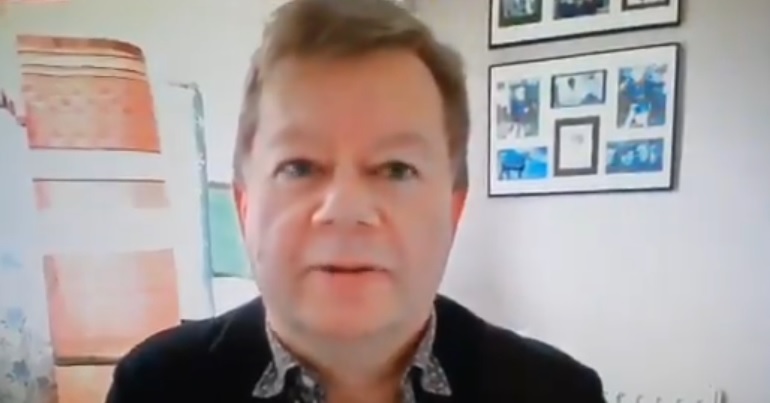 A university professor has revealed a shocking fact about the UK government’s coronavirus ‘strategy’, live on TV.

Prof Mark Harris said that universities sent details of their laboratory staff who could help with coronavirus testing to Matt Hancock’s Department of Health and Social Care (DHSC) “a couple of weeks ago”. But “nothing has yet happened”, he said.

The government’s ‘strategy’ for ‘ramping up’ testing – as it’s repeatedly said it’s aiming to do – gets worse and worse.

Harris made the claim on BBC News‘s Your Questions Answered. The professor of virology at the University of Leeds said:

There are lots of staff in university labs across the country who are very well trained and can work with the sort of tests that are… involved.

He explained that “university labs are closed down at the moment”. He also noted:

We put forward a number of people, many lists of people have gone forward from universities to the NHS, to PHE [Public Health England]… these are the people who are desperate to help and they’re just sitting there waiting to help.

He added “this is a human resource that we absolutely have to use, and use as quickly as possible”. According to the professor, however, the government isn’t using this ‘human resource’ at all yet. He said “all universities” sent lists of their relevant staff “a couple of weeks ago”; but the government hasn’t contacted them.

Specifically, Harris said universities sent the lists to the DHSC, which makes Hancock culpable for so far failing to use this vital resource.

Mark Harris, a Professor of Virology at the University of Leeds, makes clear that universities up and down the country have offered their labs and scientists, to help boost COVID-19 test numbers.

He says they've emailed Hancock's Department of Health but had no reply.🤬 pic.twitter.com/Sjs4HDfCw1

The UK government’s strategy and actions on coronavirus testing have been dogged by controversy. Early on, experts criticised its choice not to prioritise testing. Meanwhile, the minimal testing that did happen in the early days of the pandemic left a lot to be desired. Since then, the government has largely limited the tests to hospital admissions only. It’s also ensured the workers in those same hospitals have so far mainly gone without. Only 2,800 frontline NHS staff have had tests in England, out of 500,000 workers. Repeatedly, government officials wax lyrical about ‘ramping up‘ testing. But as Harris’s testimony shows, it’s grossly failing to take the actions needed to do so.

In short, the government’s approach to testing has been shambolic. It is utterly incapable of leading the country through this crisis.