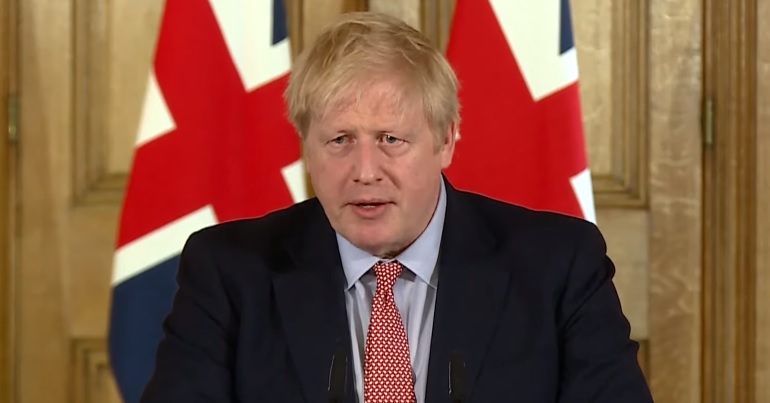 Boris Johnson informed citizens that the UK is moving to the “delay” phase in tackling coronavirus on 12 March. Flanked by his chief medical officer and chief scientific adviser, Johnson laid out the details of his plan during a press conference.

Following the move, the Guardian published experts’ “verdicts” on the details of the delay phase. One of those experts, a cell biologist, pointed out an alarming omission in the strategy. The chasm speaks volumes about the UK’s ability to cope with the crisis.

Johnson’s delay phase includes guidance for people to self-isolate at home for seven days if they have symptoms of coronavirus. These symptoms are a new, persistent dry cough and a temperature of 37.8C or more. The government is also instructing schools to avoid student trips abroad. It says elderly people should avoid cruises too.

I was surprised and disappointed to see nothing on testing. The people with suggestive symptoms should be tested during their self-isolation, so that we can maintain more reliable data about the actual real-time reach and spread of this epidemic, and so that crucially their immediate contacts can be traced.

What is government doing on increasing our supply of testing kits and the workforce to go out and test people at their homes? I was disappointed to hear no update on that.

As the biologist suggested, testing doesn’t appear to be a central part of the delay phase. In fact, testing will apparently reduce under the plan. Under the previous “containment” phase, testing was part of the process of diagnosing suspected cases. Positive diagnosis then triggered “contact-tracing” for people who had spent time with the infected person.

Although one man’s experience of the containment phase shows that this system was by no means working well.

Mike Tinmouth had recently returned from visiting Thailand, Singapore and Indonesia when he fell ill on 3 March. He promptly called NHS 111 early the following day:

05:00 call NHS111, poor UX on automated system but go through to a call who clearly didn’t know procedure. Promised a call back.

But in spite of multiple calls, call handlers promising call backs that never materialised and confirming throughout the saga that a test was necessary, Tinmouth still hadn’t had a test a week later. Finally, a nurse turned up in a hazmat suit on 12 March to test Tinmouth.

Thurs 12:45 – just had the test. District nurse in full hazmat suit came to my flat – ambulance driver outside.

Swabbed my throat for about 20seconds and then used the same swab straight into my nose for about 10 seconds.

You see people on the TV saying everything will be OK and that they are investing money. That’s not the experience of the people in the call centres.

My local centre said they have had so many calls that they have been overwhelmed. They are incredibly well-intentioned – but overwhelmed.

The NHS responded to coverage of Tinmouth’s experience, saying it was:

already ramping up the number of testing centres across the country, so that 10,000 tests can be carried out daily, while additional investment means that more call handlers will be recruited to NHS 111 to give expert advice to callers with concerns about the virus.

Reap what you sow

NHS 111 has long faced criticism after it replaced NHS Direct in the Conservatives’ reforms of the health service. In 2013, David Cameron’s government changed the national service into a piecemeal system with many different providers, including for-profit businesses. This was part of a mass overhaul of the NHS when the government opened its ‘market’ to the private sector.

Meanwhile, the NHS currently only has 5,000 ventilated beds to accommodate those who are hospitalised with coronavirus. Given the government says the UK will ‘peak’ with coronavirus cases over the coming months, this is not enough. The health service is aiming to increase the amount of ventilated beds and its capacity to give oxygen therapy to patients.

But the service has faced chronic underfunding for a decade now – one hospital had to do a cake sale in 2018 to fund the purchase of drip stands. The NHS has cut over 15,000 beds during that period and a severe staffing crisis has taken hold.

In short, the NHS is already in a dire position. Now it has to cope with a pandemic. No wonder then there was “nothing on testing” in Johnson’s announcement. Because, thanks to his party’s actions, the NHS and its private providers don’t even appear to be in a fit state to do that sufficiently.