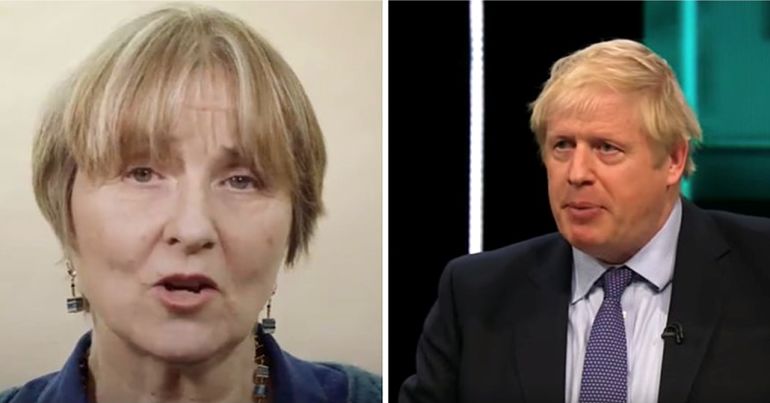 During the first leader’s debate of the 2019 general election, Boris Johnson made a string of promises about the NHS. The morning afterwards, a GP has fact-checked them. Spoiler alert: they’re all lies.

Healthcare is the single biggest issue for voters this election, bar Brexit. During the debate, Jeremy Corbyn and Johnson were asked if the NHS was up for sale. They both categorically denied it. But Johnson might have had his fingers crossed behind his back, because Corbyn was able to prove his testimony false immediately. And he brought the receipts.

Thanks to an investigation by Channel 4‘s Dispatches programme, we know UK officials are already in trade talks with US pharmaceutical companies:

C4 Dispatches reveals Trump & US drugs giants want to force the NHS to pay £27Billion a year extra (£500,000 a week) for US medicines & how UK Trade officials have already had 11 secret talks with their US counterparts & with US Pharmaceutical companies. https://t.co/0leiLvZ7hH

Tories simply can’t be trusted with our treasured #NHS, as they’ll further privatise and sell-off large chunks to big American pharma companies.
Trump himself let the cat out of the bag!#LeadersDebate#ITVDebate
Please vote @UKLabour#ForTheManyNotTheFewpic.twitter.com/fWEkT7Oy0V

Is there a doctor in the house?

But Labour’s rebuttal didn’t end with Corbyn’s well-placed comments. The following morning, the Labour leader released footage of a GP debunking Johnson’s other campaign lies on the NHS.

Watch this doctor's response to Boris Johnson's claims about the NHS. pic.twitter.com/vqAnWqvRIx

First, she dismantled Johnson’s claim that his government is building 40 new hospitals. In reality, the government only has plans to refurbish six existing hospitals.

Second, Johnson claims to be providing the NHS with an extra £34bn a year. This is also not true. Research by The King’s Fund shows the NHS has been consistently under-funded for the last decade. And the latest Tory spending plans don’t even make a dent in that:

In the September 2019 Spending Round, the government announced further increases to budgets for capital investment, public health and the education and training of the NHS workforce. Even with these increases, the total Department of Health and Social Care budget will rise by 2.9 per cent between 2019/20 and 2020/21, which is less than both the long-run average and the rises that NHS England’s mandate services will see.

Finally, Johnson claims he will provide an additional 6,000 GPs to the NHS. Since the Tories introduced austerity in 2010, GP numbers started to fall for the first time since the 1960s. And by 2014, they began (and have continued) to fall sharply. Johnson has no policy to reverse this.

GP numbers are dropping for the first time since the 1960s.

The Tories cannot be trusted with our NHS.

They promise more GPs, more £, more hospitals, shorter waits. Truth is, history tells us all we need to know.#GeneralElection19 pic.twitter.com/DDJwXDuadG

But Matt, you and your predecessor promised NHS England 5,000 extra GPs by NEXT YEAR! – now where on earth have THEY got to? #ToryLies https://t.co/ocIxQSOpoJ

Since 2010, more than 15,000 beds have been cut from the NHS. Meanwhile, hospitals are crumbling because the Tories have cut around £4.3bn from repair and equipment funds since 2014. And the financial havoc wreaked on NHS Trusts was clear from research conducted by The King’s Fund:

In 2010/11, just 5 per cent of these providers overspent their annual budgets. By 2015/16, two-thirds of trusts (66 per cent) were in deficit as the slowdown in NHS funding took its toll.

What this all means is sick and dying people getting delayed or inadequate treatment.

Unlike the Tories, Labour has a plan. If elected on 12 December, Labour has promised to scrap NHS privatisation and return to a publicly-funded, publicly-run health service. Shadow health secretary Jon Ashworth has pledged a fully-costed £26bn yearly cash injection to the NHS, along with a 10-point plan to reverse the impacts of austerity. The plans will return the NHS to the public.

The Tories have had nearly a decade to “fix” the NHS. In reality, they are the problem.