While we were reeling from the Tories' Twitter shenanigans, the Lib Dems dropped an absolute clanger - Canary 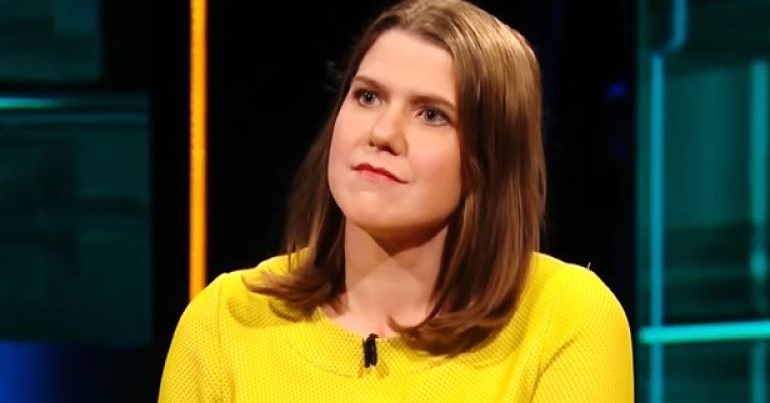 The Conservatives have come under fire for using Twitter to impersonate a fact-checking entity during the ITV leaders’ debate on 19 November. The party has faced complaints, ridicule and a downright rinsing for changing its CCHQ Press Twitter profile so it looked like an objective commentator on the debate.

But it wasn’t only the Conservative Party that humiliated itself on the social media platform. The Lib Dems dropped an absolute clanger.

Not to be outdone by the Tories’ attempt to delude the public, the Lib Dems posted their own fiction:

Voters after the #ITVDebate …. pic.twitter.com/IxgMKwJbNm

The party mocked up a version of a well-known meme that showed ‘voters’ swooning over Swinson, while turning their back on Jeremy Corbyn and Boris Johnson (who are looking on in dismay). The message of the meme was: the Lib Dems under Swinson’s leadership are much more appealing to voters than the two main parties.

Er, no. At least, not according to a recent YouGov poll. As The Canary‘s Ed Sykes reported on the 19 November, four months on from Swinson becoming leader of the party:

24% of voters have a positive view of her, but 48% view her negatively. As the Times points out, this “suggests that those who have found out who she is are unimpressed”.

However, people appeared to think the meme chosen by the Lib Dems was quite fitting, just not in the same way as the party. So they fixed it:

I thibk you’ll find this is more realistic judging by the polls. pic.twitter.com/s5b7jKO67R

Some used the meme to comment on Swinson’s resounding ‘yes’ to a question in the ITV interview on using nuclear weapons, and a recent fake news story about her killing squirrels. To be clear, Swinson has categorically denied such cruelty to animals but indicated she would be happy to use a nuclear weapon, potentially killing thousands, if not millions, of people:

One person also pointed out that the Lib Dems’ portrayal of voters as a leering, cheating partner may be a bit of a “self own”:

Bit of a self own there 🤦🏻‍♂️ pic.twitter.com/IRxoluoH9L

In short, humiliations abounded on Twitter during the ITV election coverage. And, thanks to the party’s arrogance and misjudgment, the Lib Dems were no exception.