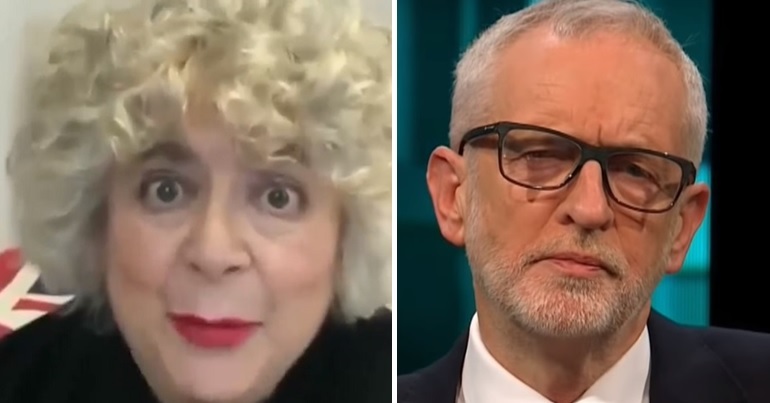 Boris Johnson spent a lot of the ITV Leaders’ Debate on 19 November obsessing over something that doesn’t matter – how Jeremy Corbyn personally might vote or campaign in Labour’s confirmatory Brexit referendum. He also lied and misled viewers, who even laughed when he suggested telling the truth was important to him (which it clearly isn’t).

But perhaps the most disgraceful moment of the night was ITV singling Corbyn out when talking about racism. Fortunately, though, one amazing video perfectly highlights just how ridiculous this tactic is.

Disgraceful that ITV asked on antisemitism in Labour but not on rampant antisemitism, Islamophobia and racism in the Conservative Party. Just today it was revealed that a Conservative candidate said some events in the Holocaust have been "fabricated" #ITVDebate #LeadersDebate

The Tory Islamophobia crisis, meanwhile, seems to be out of control. Because despite the Muslim community’s repeated calls for an official inquiry, Johnson’s government has so far failed to investigate the crisis. Statistics have previously shown that 56% of Conservative Party members believe “Islam is a threat to the British way of life”.

Nonetheless, there are still consistent attempts from Jeremy Corbyn’s opponents to convince people that his is the party we really need to worry about. It apparently doesn’t matter that the veteran anti-racist has taken firm action against racism in recent years. Because the media puts its main focus on the disgusting but very small amounts of racism in Labour while mostly remaining quiet about “widespread” amounts in the Conservative Party.

Amid the ongoing attempts to single Corbyn out when talking about racism, one video from Progressive Politics shows just how absurd this tactic is. Because it amplifies the voices of high-profile Jewish figures who are standing firmly behind the Labour leader:

This powerful and important video from Progressive Politics needs to be seen by everyone. Please share.

The smears will continue. And the anti-Corbyn billionaire media will continue to amplify them. But the next time anyone tries to smear the peace–prize-winning Labour leader as anti-Jewish, just share the above video with them. That should set them straight.