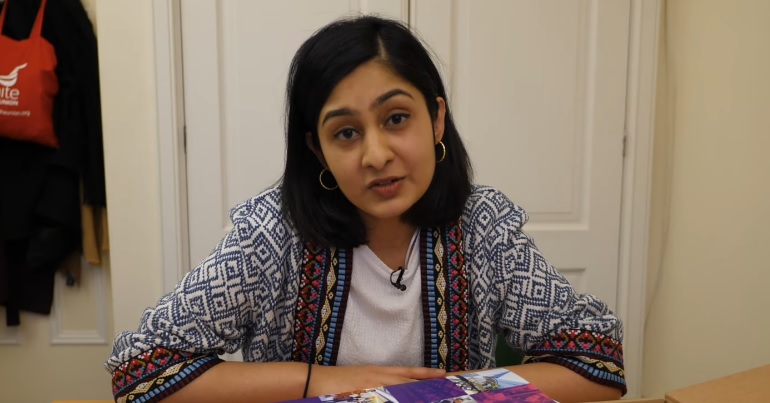 The billionaire Duke of Westminster is donating £10m to the NHS, charities, and medical research amid the coronavirus (Covid-19) pandemic. NHS Charities Together, which will receive £5m to set up a ‘family fund’ for NHS workers, naturally said it was grateful for the “generous donation”. But Labour MP Zarah Sultana put a whole new and important spin on the duke’s gift.

As the Guardian reported, Hugh Grosvenor has “an estimated £10bn fortune”, making him one of the richest people in the UK. Upon announcing the donation, the Westminster Foundation – which handles his charitable giving – released a quote from Grosvenor:

Hugh Grosvenor, The Duke of Westminster thanks NHS staff & frontline workers for their tireless work and explains why he is donating an additional £10m to the UKs COVID19 response: #NHSThankYou pic.twitter.com/N8JbsfxDMq

In it, the billionaire said he wanted to “say a huge thank you to all our amazing NHS staff and everyone providing critical frontline services”. He continued:

As they keep us safe, I want to help provide as much support to them and their families as we can.

But Grosvenor’s net worth suggests that £10m isn’t actually ‘as much’ as he or his foundation could afford. Sultana noted:

The Duke of Westminster inherited £9 billion when he was 25 years old. He paid no inheritance tax on most of that.

His donation is roughly equivalent to someone with £100 giving 10p.

Let's not rely on charity to fund the NHS.

So while £10m sounds like a lot of money, in terms of Grosvenor’s worth, it’s actually a fairly small percentage. Meanwhile, the Labour MP suggests that ‘taxing the super-rich’ would be a better way to fund the NHS.

When did the NHS become a charity?

Grosvenor isn’t the only person donating to the NHS during the pandemic. Tom Moore, a 99-year-old man, has been doing 25-metre laps around his garden to raise money for the health service. He’s raised over £14m for it so far.

But Sultana argues that we shouldn’t “rely on charity” to fund the health service. Indeed, many are wondering when the NHS actually became a charity, rather than a fully-funded public service:

When did the NHS become a charity?

I understand the sentiment – it's beautiful. But this video just makes me upset? This man spent almost a CENTURY paying his taxes & supporting the NHS only to be here, at 99, having to do a charity fundraiser for something the government could've easily funded but won't. https://t.co/6yvgalwzm8

All these NHS fundraisers are so well-intentioned and I have donated to them myself…but it's also worth remembering that the NHS is not a charity and had it been properly funded nurses wouldn't be making PPE out of bin-liners and begging the public for £. This is so, so wrong

Of course, it isn’t a charity. But successive Conservative-led governments have so severely degraded it through underfunding, damaging reorganisations, and forcefully opening it up to private companies, that it’s a shadow of its former self.

Remember the four-year-old child lying on the floor of an overcrowded A&E in December 2019?

Remember Boris Johnson’s reaction to it? Instead of addressing the role he and his party had played in the travesty of the child’s situation, the PM grabbed the phone of the journalist who confronted him with the picture and stuffed it in his pocket. Out of sight, out of mind.

Little has changed since then, apart from government ministers coming up with slogans and gimmicks about the NHS. That’s apparent in the continued lack of personal protective equipment for frontline healthcare workers.

No wonder the NHS is becoming reliant on donations to get it through this crisis. That’s what successive Conservative governments have reduced it to.